Presidential Anomaly: Donald Trump is True to His Word

“One of the reasons it has taken so long for some people to finally see through Barack Obama is that people do not like to admit, even to themselves, that they have been played for fools by a slick talking politician.” Thomas Sowell.

In 2015, Donald John Trump publicly declared his candidacy during the initiation of the 2016 Election cycle. He has continued to display a commanding demeanor, demonstrated a clear vision, actualized a decisive presence and made promises that he has kept, something very odd for “The Swamp.” Despite the vociferous resistance from the extremists of the liberal leftist establishment and those who expound the same ideology, things are getting done to further move the country away from the socialist and weak policies pushed by the obama administration. During the course of 15 months of a solid first term, POTUSDJT, who in no way is a professional politician deeply ensconced in the swamp, has essentially learned the operational differences between private business and the sloth like process followed by the Federal Government. Nonetheless, POTUSDJT has implemented many of those campaign promises, either through legislation, despite the desperate resistance pontificated by the unprepossessing and belligerent Pelosi, Waters and Schumer, or by Executive Order. 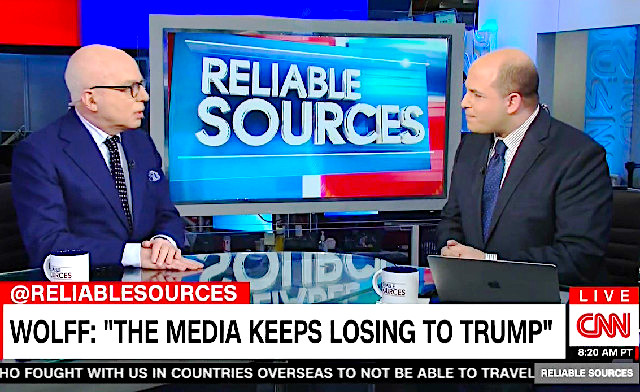 What is still fascinating is that with the approaching 2018 midterms, the members of the Democratic Obstructionist National People’s Socialist Party, in conjunction with the bootlicking MSM, have tried an abundance of things to formulate their platform and strategy for the upcoming elections. These strategies range accusing Trump of Russian collusion before, during and after the 2016 election; obstruction due to the Constitutional firing of former FBI Director James Comey, an admitted leaker and now convenient liar; tried Russian collusion for a second go around and then had the unmitigated temerity to challenge POTUSDJT’s mental acuity and his physical health.

All the aforementioned accusations came up empty and further displayed how rampant “Trump Delusion Syndrome” has spread amongst the hypocritical, hateful and hysterical extremists of the liberal leftist establishment. They have been nothing but TRUMPED. He continues to approach the Presidency in a private business like manner, as opposed to the swamp’s business as usual, bogged down politics. That includes both sides of the aisle.

At this point of his Presidency, POTUSDJT has been successful on many political fronts and issues. Some of the most recent accomplishments include:

On Monday, May 14, 2018, the United States Embassy was opened in Jerusalem, the capital of Israel and the Holy City, despite protests from the anti-Semetic United Nations and certain Middle Eastern countries, especially the Palestinians, who promised demonstrations. In 1992, Bubba made an empty promise. In 2000, Dubya made an empty promise. Shockingly, in 2008, even obama made the same empty promise.

POTUSDJT kept his word and is being criticized by the same former POTUS’s, who made that same promise, and the anti-Israel trash, the failing NY Times. Yet, Congress passed legislation decades ago directing the embassy move to Jerusalem.

Additionally, the grody dregs of the cosmopolitan biased, cultural supremacist corporate mainstream media are attempting to point fingers at Israel for defending her sovereignty in their reporting from the border. The situation between Israel and the Palestinians is being reported in a very one sided way, painting that the Jewish State responded in a heavy handed manner and criticized her actions. A Hamas official on Wednesday acknowledged that 50 of the 62 Palestinians reported killed during Gaza border riots on Monday and Tuesday were members of the Islamist terrorist group, bringing the total number of known members of terror groups among the fatalities up to 53.

“In the last rounds of confrontations, if 62 people were martyred, 50 of them were Hamas,” said Hamas official Salah Bardawil in a television interview. On Tuesday, Hamas named 10 people from the group who were killed in the fighting. So, the IDF was in fact protecting the citizens of Israel.

In a recent move, POTUSDJT pulled the United States out of hideous and disastrous one sided JCPOA nuclear deal, considering obama and kerry sold us and our allies out, BIG TIME! POTUSDJT had declared that Iran was no longer in compliance with the agreement. Just research YouTube for Ambassador Haley’s press conference regarding Iranian weapons. Take a gander at Israeli Prime Minister Benjamin Netanyahu’s presentation of mountains of evidence regarding Iran’s nuclear abilities. A real eye opener!!

On a side note, Iran has stated if the United States doesn’t abide to the agreement, they threatened to release the names of American officials who received payments to push the deal through. Just wonder if Obama, Kerry and Hillary, and/or others are on this list? Wishful thinking!

To further illustrate the manner in which the Obama administration sold us a bill of goods regarding the Iran nuclear deal, consider that the NY Post and Politico had reported Obama authorized the protection of members of the notorious terror group Hezbollah from prosecution to save the Iran nuclear deal, named “Project Cassandra.”

Project Cassandra was an effort led by the United States Drug Enforcement Administration to undercut Hezbollah funding from illicit drug sources. Launched in 2008, the project investigated the terrorist organization’s funding. And don’t forget the $150 million in cash, sent on pallets to Iran. Plus $250 million more, just before Inauguration Day, 2017.

“Iran’s Military Budget is up more than 40% since the Obama negotiated Nuclear Deal was reached…just another indicator that it was all a big lie. But not anymore!” Clear, concise and not chaotic!

With POTUSDJT standing up to the biggest bullies in the Middle East and with the planned summit in Singapore this coming June with NoKo’s Kim Jong Un, he sent a message of strength to the world community. This follows eight years of cowardice, weakness, empty words and red lines under Obama. The United States is again the leader of the free world!

For old times sake, I just realized that I have been remiss in addressing the Democrats’ former 2016 Presidential candidate, their chosen one–overlooked, but not forgotten. 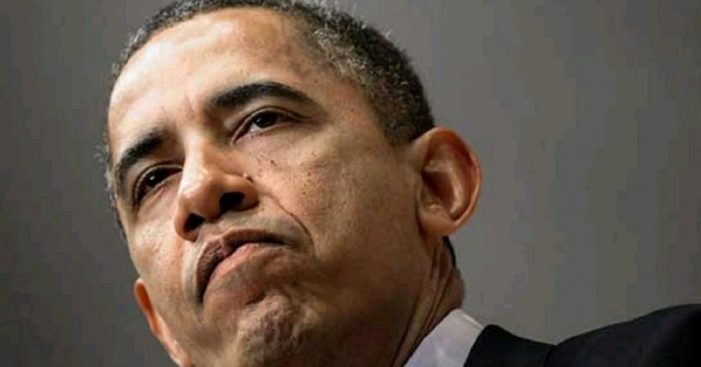 With all the fascinating evidence and events swirling around clinton, the DNC, the FBI and DOJ, there are the 33K bleached emails, destroyed evidence, an illegal personal server, bribery, money laundering and oodles of lies. And this pathetic loser is still on her bitterness and blame tour, pushing another book.

The second year of POTUSDJT’s two terms has kicked off with a number of grand accomplishments that includes the aforementioned upcoming summit with NoKo, despite the ignorant comments that WWIII was inevitable with Kim; three prisoners held by North Korea have been released, back in the United States in a dramatic 3 a.m. landing at Andrews Air Force Base. There to greet them with a handshake were POTUSDJT and FLOTUS.

Noteworthy is the fact that, Obama failed to secure the release, while POTUSDJT is unjustly criticized by the belligerent bootlicking MSM.

Next, leaving the JCPOA, Obama’s one sided nuke deal with the mullahs with increasing stiff sanctions against the regime, including the ending of announced inspections.

On the domestic front, President Trump continued the deregulation of Obama era strangulating rules for businesses, while simultaneously deconstructing the Obama healthcare mandates.

Finally, what about those tax cuts!

As for the deep state wanting to protect Obama’s shrinking legacy, former Secretary of State John Kerry is very lucky–at least temporarily–not to be charged for violating the Logan Act. It’s an 18th-century law that bars private diplomacy against US interests. Kerry had been pressuring POTUSDJT against withdrawing from the Iran deal, which sure looks like a clear violation. It’s a good thing for Kerry that no one has ever been convicted or even prosecuted since 1852.

The Boston Globe had reported that Kerry had engaged in “unusual shadow diplomacy” to “apply pressure on the Trump administration from the outside,” holding meetings and phone calls “below the radar” with Iranian and European leaders. In other words, Kerry was going against the administration’s foreign policy with Iran. Deep state.

Lastly, as Special Counsel Robert Mueller was indicting 13 Russian nationals for interfering with the 2016 Presidential election, their actions were not quite the conspiracy and collusion accusations that Hillary, Auntie Maxine and the Democratic Obstructionist National People’s Socialist Party were hoping for.

The Mueller probe, which was initiated by former FBI Director James Comey’s firing for incompetence with the investigation of hillary’s treasonous actions, which was recommended by Deputy USAG Rod Rosenstein, with Mueller then appointed by Rosenstein to investigate comey’s removal, along with investigating allegations of collusion between the Russians and the Trump campaign. After over one year of a Democratic saturated investigative team, there has been zero evidence of POTUSDJT-Russian collusion. The Russian collusion accusations are going to bite the accusers.

One bit of interesting news is that the Special Counsel indicted a Russian company that doesn’t exist. Very interesting! Mueller is just fishing for something to hook POTUSDJT, when the real collusionists are just to his left. As time passes, and as additional evidence continues to surface, the obama-era deep state bias from the FBI and DOJ will become crystal clear. This investigation has led to nothing and is over a year old, as we await the IG’s report which will shed more light on the real collusion, Hillary and the DNC.

Despite the bootlicking dregs of the MSM adhering to their masters’ liberal leftist ideology, even the Clown News Network is reporting that in a recent poll conducted by SSRS shows that 57% of Americans feel that the country is moving forward in a manner not seen since 2007. This poll includes the eight years under the miserable and failed obama administration.

What a shock! Something positive from the MSM. Yes, he’s not perfect, but the best is yet to come. The effervescent President Donald John Trump, the 45th Commander in Chief, has remained true to who he is. And the liberal leftist establishment cannot swallow that! Oh My!