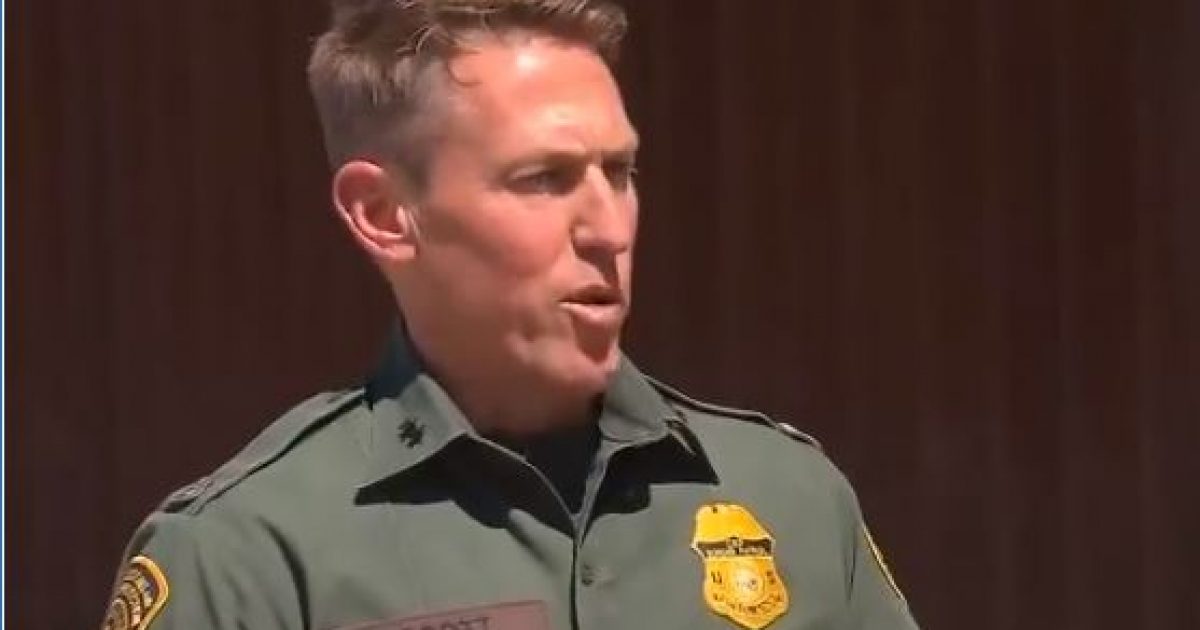 The facts detailing our broken immigration system means nothing to the left is this country.

They would rather spend time and energy trying to convince you Trump is an evil monster with no heart than fix these issues.

And we are seeing this take place with the sudden controversy of separating children from parents when they cross the border illegally.

But as it turns out, with just a little research, we have found that this separation can be for the GOOD of the children at the border.

Rodney Scott, chief border patrol agent in San Diego, California, discussed dealing with migrants under 18 years of age. He said children who are actually related to the adults are processed together.

“If there’s any suspicion that they’re not really truly related to those people, then they will be separated for their own safety,” a chief border agent said of kids who are often recycled by smugglers to get adults into the United States.

"If there's any suspicion that they're not really truly related to those people, then they will be separated for their own safety," a chief border agent said of kids who are often recycled by smugglers to get adults into the United States. pic.twitter.com/f3PBT57Q5T

And Scott is exactly right.

While the illegal aliens are being processed it is unclear if the children that are with them even belong to them.

It is not uncommon for illegal aliens, including criminals, to pretend children they are traveling with are their own.

White House official Stephen Miller revealed that the number of illegal aliens using children to enter the U.S. at the southern border has increased about 315 percent between October 2017 and February 2018.

Obviously, the human traffickers understand the bleeding-heart Leftists, and work the system in America. So these minors are smuggled through the southern border with illegal aliens posing as family units. They utilize the “Catch and Release” program to stay here.

Catch and Release allows foreign nationals to be released into the U.S. while they await immigration and asylum hearings. Most never reappear for their court date, particularly those who are hear for criminal activity.

Regardless, illegal aliens dismiss the laws of America, yet work, go to school, get free healthcare, and welfare all courtesy of the hardworking American taxpayers.

But who is responsible for this policy “catch and release?” None other then Barack Obama.

Until Obama came along, illegal border crossings mostly involved young, single men. However, Obama encouraged the idea of dragging minor children along on this dangerous journey through his policy of  “catch and release.”

Thus, many children making this dangerous journey are being sexually abused and mistreated as they are just “tools” illegals use to get into America. Once word got out that illegals with small children would be let loose into America, the number of children crossing the border exploded.

Obama then gave temporarily citizen status of these illegal children, which became know as DACA.

And what of Asylum seekers?

Well, children are also used by adults to try and receive Asylum.

“We had ICE in our office last week, and they told us just on the asylum issue, just on asylum, 2,000 people a week showing up at the border,” Rep. Jordan said. “Think about that, that’s 100,000 people a year and they told us that 80 percent of those people wind up not being legitimate asylum seekers.”

But the media won’t tell you that 80 percent of asylum seekers are liars, and in no danger in their own countries.

Yet even when these frauds come to America, they are treated with respect. They are cared for better than most lived in their own countries. And most importantly, for the most part America keeps families together.

The hysteria over separation of children is just a talking point for the left to distract from Trump’s wildly successful month. To that point, the news stories that should be dominating the news cycle are our booming economy, Trump’s successful summit with North Korea, and the Inspector General report exposing James Comey’s FBI as a swamp of corruption out to exonerate Hillary Clinton and frame Trump.

Take any one of those stories, and they could easily dominate a news cycle if the news actually reported news.

But if the media wanted to cover separation of families, they’ve had ample opportunity right here in America. They could discuss the over 400,000 children in foster care, due to neglectful parents. And that discussion would put the fault of family separation of illegals squarely where it belongs, on the parents of children who would put their children in the most dangerous of circumstance.

Illegals flooding our borders is a product of Leftist policies in their countries of origin, as well as those of Leftists in America.

It’s far past time to end the madness of Leftism. America is a nation of laws, and we have earned the right to reject anybody who dare tries to enter our country illegally. Respect the rule of law.

Tiffany Layne - May 29, 2020
Like nearly every other human on the planet, I was appalled at the actions that led to the death of George Floyd. It was a...

Trump Officially Cuts Ties with WHO

Texans Fight Back: No Masks Allowed!

Race Polling in the Wake of Biden’s Racist Comments