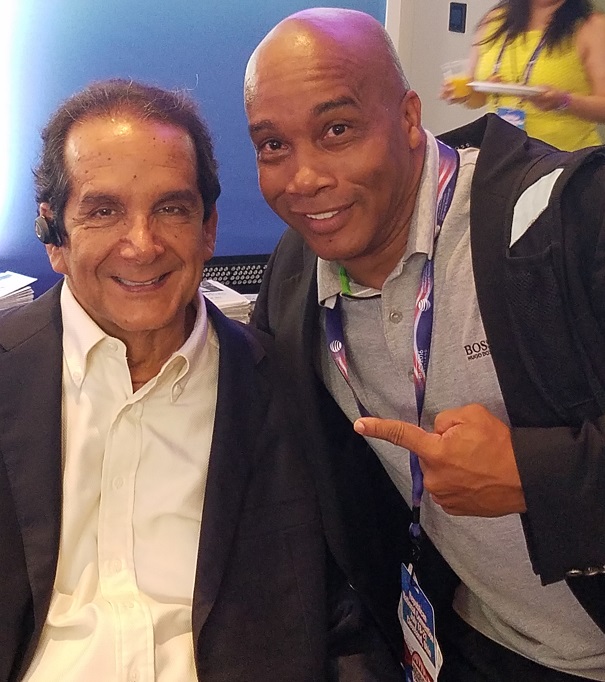 For a long time, Charles Krauthammer was one of my conservative heroes.

I met him in Cleveland at the Republican convention in 2016, and I remained enthralled at the man my brother and I called “The German Hammer”.

At one point, Krauthammer brutalized the Left, and I enjoyed every minute of it. But something changed after Cleveland. I could tell that Krauthammer was no longer objective, as he joined the anti-Trump if not the #NeverTrump crowd.

I lost respect for his commentary. I even went after him on a couple of occasions where I knew the man had lost it. Perhaps now I know why he wasn’t quite the pundit I thought him to be.

According to Fox News, Charles Krauthammer is near death.

Charles Krauthammer, the beloved and brilliant Fox News Channel personality who gave up a pioneering career in psychiatry to become a Pulitzer Prize-winning political analyst, on Friday revealed the heartbreaking news that he is in the final stages of a losing battle with cancer.

The 68-year-old’s incisive takes on politics of the day have been missing from Fox News Channel’s “Special Report” for nearly a year as he battled an abdominal tumor and subsequent complications, but colleagues and viewers alike had held out hope that he would return to the evening show he helped establish as must-viewing. But in an eloquent, yet unblinking letter to co-workers, friends and Fox News Channel viewers, Krauthammer disclosed that he has just weeks to live.

“I have been uncharacteristically silent these past ten months,” the letter began. “I had thought that silence would soon be coming to an end, but I’m afraid I must tell you now that fate has decided on a different course for me.”

Regardless of Krauthammer’s political shift, he will be missed.

My bet is Trump will say positive things of the man who didn’t offer now President Trump many olive branches.

At this stage, no apologies necessary, as most are meaningless, at least to Krauthammer. The joy in knowing the end will come soon is to decide where to spend those last few moments.

“I leave this life with no regrets,” Krauthammer wrote. “It was a wonderful life – full and complete with the great loves and great endeavors that make it worth living. I am sad to leave, but I leave with the knowledge that I lived the life that I intended.”

No regrets is all a person can hope for when facing the inevitable for us all.