We begin by going backwards chronologically.

Johnson, 63, was serving a life sentence without the possibility of parole after being convicted of a first-time nonviolent drug offense. However, her case hit the president’s radar during a meeting in the Oval Office with Kardashian West. She was originally slated to meet with Trump’s son-in-law and senior adviser Jared Kushner to discuss prison reform. However, the president showed interest in criminal justice reform and took the meeting himself.

The rest is history.

“Today, President Donald J. Trump granted a commutation to Alice Marie Johnson, a 63-year-old great-grandmother who has served almost 22 years in Federal prison for a first-time criminal offense,” White House Press Secretary Sarah Sanders said in a statement Wednesday. “Ms. Johnson has accepted responsibility for her past behavior and has been a model prisoner over the past two decades.”

Sanders added: “While this Administration will always be very tough on crime, it believes that those who have paid their debt to society and worked hard to better themselves while in prison deserve a second chance.”

The video below shows Johnson’s reaction to this very racist act by President Trump. 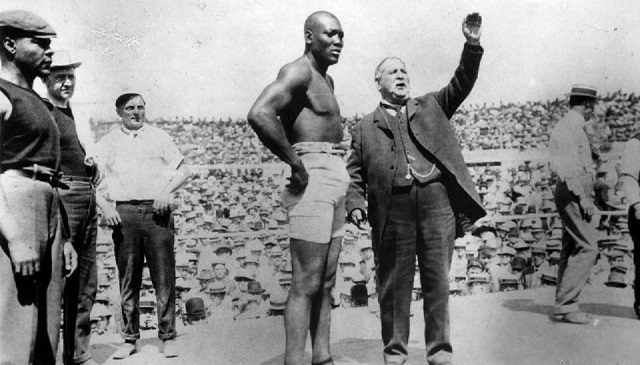 What is it with these Johnsons that put them on the radar for President Trump?

In President Trump’s previous act of racism, prior to the pardon of Alice Johnson, he was approached by Sly Stallone who asked him to pardon the first black heavyweight boxing champion, Jack Johnson.

I wrote of the pardon at the time:

So when I learned of what President Trump had done in granting Johnson a posthumous pardon, it tickled me. Because this is something dumbass Barack Obama should have done, but instead President Trump had more interest in righting the wrongs of Democrats.

“Sylvester Stallone called me with the story of heavyweight boxing champion Jack Johnson,” tweeted President Donald Trump on Saturday, April 21, 2018. “His trials and tribulations were great, his life complex and controversial. Others have looked at this over the years, most thought it would be done, but yes, I am considering a Full Pardon!”

The crime for which Johnson was convicted? Violation of the Mann Act: transporting a woman across state lines for an immoral purpose.

The Federal law was wrongly used to convict Johnson for crossing state lines with his white woman companion, as Democrats were determined to teach that black man his place. Nothing has changed today.

Obama ignored the same request, yet the cries of racism emanate about Trump. 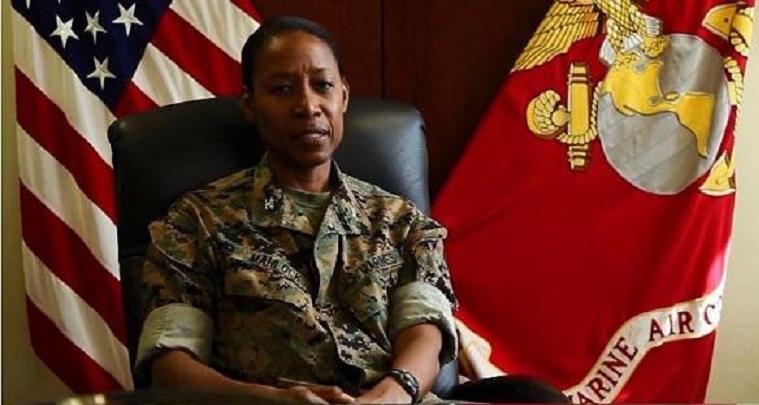 President Donald Trump has nominated the first African-American woman for promotion to general in the U.S. Marine Corps.

Col. Lorna M. Mahlock will be promoted to the rank of brigadier general, if confirmed, the U.S. Department of Defense announced on Tuesday. Mahlock is currently the deputy director of Operations, Plans, Policies, and Operations Directorate at Marine Corps Headquarters in Washington.

According to her LinkedIn profile, Mahlock has served in Germany, worked in the Office of Legislative Affairs and served in Okinawa, Japan.

Women make up just 8% of the Marine Corps, but Gen. Glenn Walters, the assistant commandant of the Marine Corps, has said that number is set to rise, ABC News reports. The Marine Corps has a historically poor track record in attracting African-American and female applicants to its ranks, and in 2012 launched a campaign to increase its diversity, The New York Times reported. 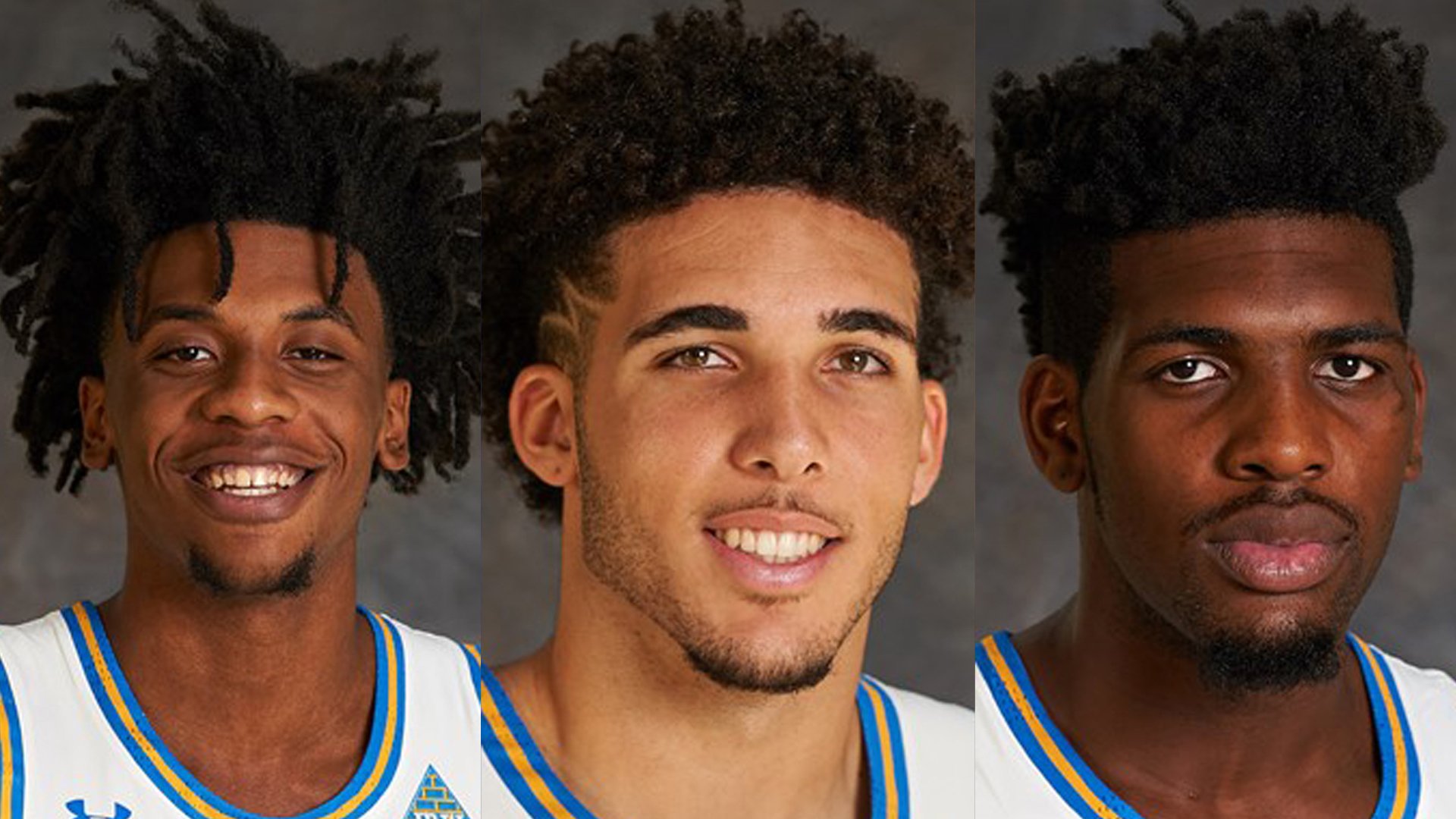 Believe it or not, people said that President Trump had nothing to do with freeing these thieves. I suggest they speak with Otto Warmbier’s parents about who gets American citizens home, and who leaves them to die.

Essence wrote of President Trump’s meeting with HBCUs as such:

President Donald Trump had a sit-down meeting with the heads of the nation’s historically black colleges and universities at the White House Monday,.

Presidents and chancellors gathered as Trump committed to closer ties between his administration and the schools. His administration has hinted towards an executive order that will benefit HBCUs following Trump’s Black History Month commemorative meeting earlier this month.

Interestingly, what the fake news media mostly reported on was KellyAnne Conway seated on the sofa. 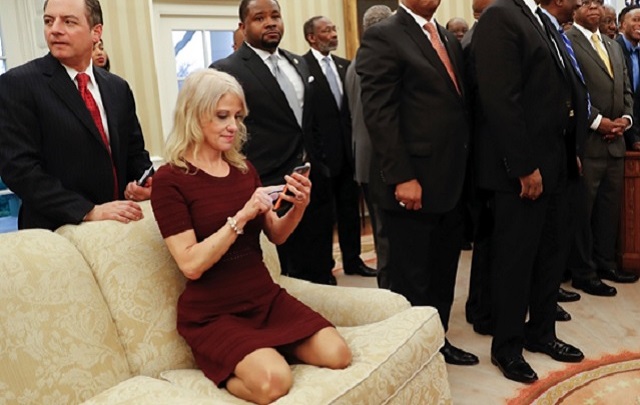 More work lies ahead for President Trump in his racist quest to destroy black people.

The latest jobs numbers reflect his Aryan Brotherhood mentality in dealing with blacks, as his administration accomplishes the lowest recorded unemployment for blacks in history.

Further, the unemployment rate between blacks and whites is the closest its ever been.

All I can see is thank God, Trump is a failure at racism. Because blacks are certainly better under his racist leadership than that of Barack Obama’s free for all.