Where are all those world leaders who called Hillary Clinton begging her to beat Trump now?

Can they not offer the Democrats solace? Because the poor Democrats really need a lifeline; to phone a friend.

Their former issue, reuniting the children of illegals with their law-breaking parents failed. Trump trumped them with Trumpian splendor as he trumpeted his strategy. Sorry, but I had to do that. So the Democrats are left holding the bag on illegal immigration as a strategy.

By the way, the Democrats have been left holding the bag on ALL their anti-Trump strategies. I suggest they check with Jonah Goldberg, Bill Kristol, and a few other so-called Conservatives to see how that’s working out for them.

Needless to say, the Democrats won’t take my advice. It’s in their muscle-memory to deny Trump at all costs. So they now shift their attention to the SCOTUS decision.

After fighting for President Trump to not appoint a SCOTUS judge until after the election, the Democrats’ new strategy invokes demonizing the new potential SCOTUS as a way to help win the election.

Talking points center around Roe v Wade, repeal of Obamacare, and [insert other Leftist nonsense here]. And of course, we get Armageddon. This time from former governor of Virginia,Terry McAuliffe, who tweeted on the nomination of Judge Brett Kavanaugh to the Supreme Court.

“The nomination of Judge Brett Kavanaugh will threaten the lives of millions of Americans for decades to come and will morph our Supreme Court into a political arm of the right-wing Republican Party.” 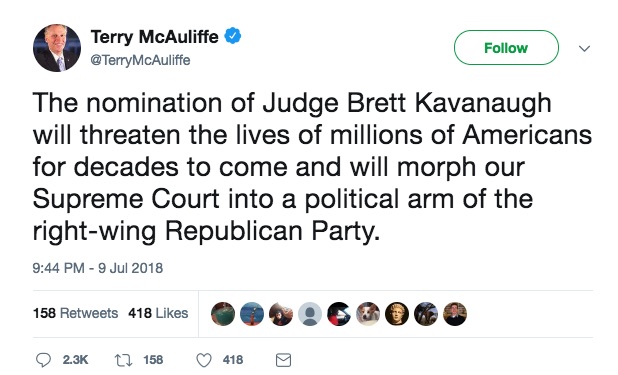 And why would they, after the Democrats cried “Wolf!” for the umpteenth time?

In evaluating the response to the tweet, things don’t look good for McAuliffe and the Democrats.

As the image above shows, 2.3 thousand people responded to the tweet, whereas only 158 retweeted. But it gets worse, as the people who responded prove:

As you can see there is not a single person in support of his position. 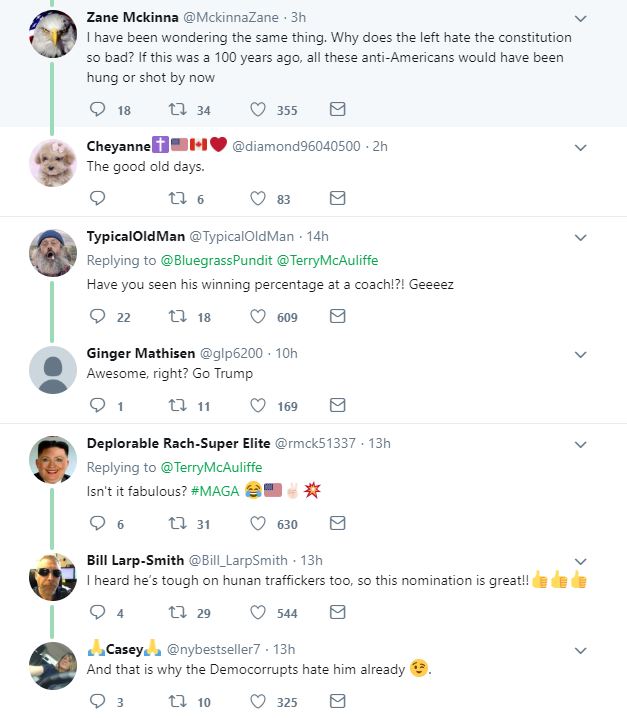 Then things get worse!

If Democrats believe the SCOTUS pick will be the lightning rod for their “blue wave”, I suggest that storm isn’t coming.

Sure, I see the genned up protests, particularly the one in front of the Supreme Court building. But the public is on to the tactics of the Left, as the graphic suggests. 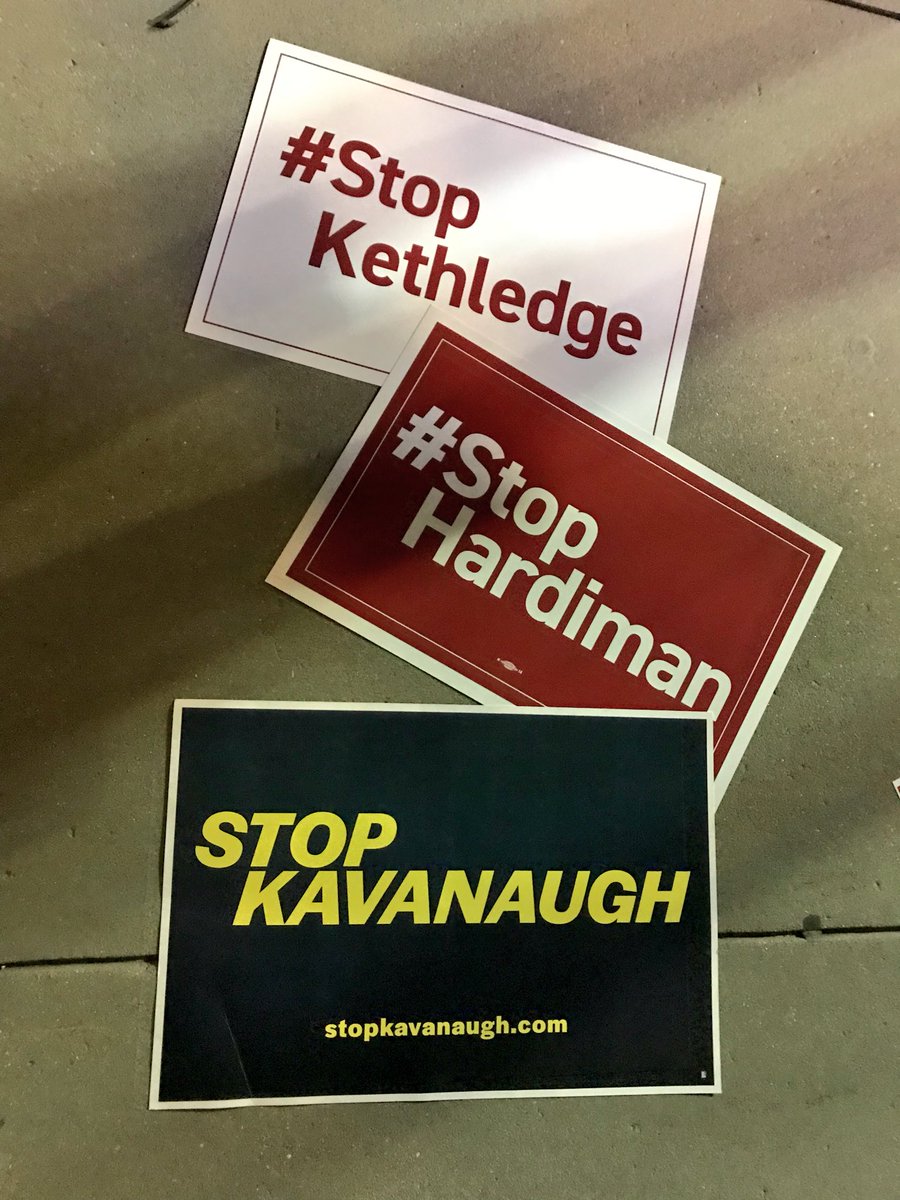 We know that no matter who President Trump picked, the Left would pretend to be outraged. That’s what they Left does.

However, ask yourself if you think President Trump cares about their feelings.

Democrats became used to losers in the Republican Party, those who would easily capitulate. Trump represents no such animal. Trump is pure unadulterated alpha male, and he’s figuring out this presidency thing.

Consider we haven’t reached Trump’s first two years, and all that’s been accomplished. After the shellacking the Left gets in the mid-terms, the writing will be on the wall for the Democrats. They will be forced to go into temporary retreat, allowing Trump almost carte blanche in his mantra: MAGA.

America will continue to flourish, as it has thus far. And the biggest problems for Republicans will be finding another Trump.