Suddenly Eric Holder wants Republicans to stop digging into the Russian collusion story? Somebody must be on the right track.

The unprecedented disclosure of ongoing investigative material, FISA and national security documents to the complicit and unprincipled House Republicans sets a dangerous precedent and impacts the Mueller inquiry. It must stop. Lines have to be drawn.

The unprecedented disclosure of ongoing investigative material, FISA and national security documents to the complicit and unprincipled House Republicans sets a dangerous precedent and impacts the Mueller inquiry. It must stop. Lines have to be drawn.

Just so we are clear, Holder worries about the “dangerous precedent” of Republicans asking for all the information in an investigation begun by Democrats. Understand?

Apparently, the EVIDENCE scares Holder enough that he getting too much of it might inpede Mueller’s “investigation”. 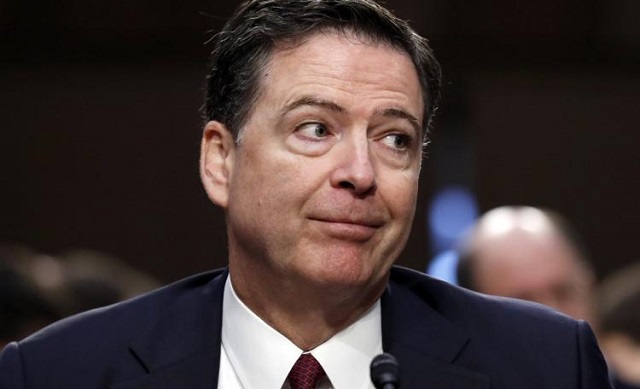 Since when has requesting additional facts been declared a problem in getting to the bottom of what the Left claim was an attack on our election? While this is a rhetorical question, please allow me to answer it. “When the Democrats didn’t win the election!”

Holder asked for “lines to be drawn,” so let’s oblige this clown. Or have we drawn lines already, since Americans want our country back.

Democrats have waged war on themselves and it’s on all fronts. Look at Maxine Waters’ latest declaration that “leadership” wants to preserve the status quo. Democrat leadership.

Waters called out Chuck Schumer and Nancy Pelosi after they called out Waters for re-electing President Trump in 2020. Waters’ calls for terror against Republicans, the Democrats claim has ended the “blue wave”.

But as I have written, the Democrats’ are far deeper than the declarations of one crazy Congressional Black Circus clown.

The #WalkOut movement is at its infancy, as Democrat voters finally revolt against their crooked party. Though this movement finally got a hashtag recently, understand the #WalkOut movement for Democrats happened on November 8, 2016, and has grown faster than a baby sperm whale in the first 500 days of President Trump’s administration.

On both the domestic and international fronts, Trump performs like a seasoned pro. And the contrast between Trump’s effective “America First” leadership, and Obama’s pathetic “America Sucks” policies, things became dramatically clear for many former Democrats.

Democrats finally saw just how deranged their party “leadership” behaves. Further, they saw how the press enabled their echo-chamber. Yes, Democrats now know the media to be fake news. That revelation caused many of them to look at Trump differently.

If you asked the average Trump convert, “Why the switch?”, he will tell you that he finally realized that he had been looking at Trump through biased information. And that [insert whatever here] woke him up to how Trump was really being treated.

These converts are now dyed-in the wool supporters, as I wrote earlier; the most avid Trump supporters, save the early-adopters. Learning of the blatant lies of the Democrats and waking up to those lies has created a stronger Trump supporter than Reagan created in his “big tent”. Democrats will see on November 2, in the 2018 mid-term bloodbath just how big that tent has grown.

Back to Holder and the Russian “investigation”.

As the Democrats continue to defect, Holder, et al find themselves in bigger and bigger trouble. They can no longer rely on their base for support, and this includes blacks.

Schumer and Pelosi sense what’s happening with blacks, as there is a black exodus from the Democrats happening. Thus, they are correct to attempt to wrangle in Mad Maxine. Frankly, it’s too late for either. The die is cast, and Holder knows this.

All the Obama administration, the CIA, the NSA, FISA court, DNC, and other Democrats toss and turn at night wondering when it all comes to an end. Who will crack? What did they not handle?

As we will soon see, you can’t keep a lid on the worst political corruption in American history. Enron, Bernie Madoff, Aldrich Ames, ok just put all the corporate and political scandals into one and it won’t come close to what the Democrats tried to pull off.

So the noose tightens on the necks of them all. And tracking things is as easy as following their tweets.