The scene is a mixed-race woman plays on her property with her daughter.

A white woman approaches, asking the woman to please leave the area, as the white woman is trying to get her child to take a nap.

Below is the video of this real-life scenario between Alyson Laliberte and Theresa Lund, racist and ironically, Executive Director of Harvard Humanitarian Initiative:

TL: You heard me wrong.

TL: No, you’re lying…. I’m gonna sit right here, with you….[Addressing Laliberte’s daughter] You are a sweetheart. I’m sorry that I’m arguing with your mommy. She’s not being very nice.

AL: Are you just mad because I won’t get off my own property….? Why are you sitting here with me?

TL: I’m sitting here because you’re preventing my children from sleeping. Would you like me to do that to you?

AL: Who’s even watching your kids right now? Are you? Because you’re not. You’re here with me and my kid.

AL: Okay, so sit with me, but it’s none of your business where I live, what my name is…

Lund interrupts Laliberte, then demands to know her name. She then says that Laliberte is  disturbing “the whole” neighborhood.

Suddenly, the child screams. Lund appears disturbed since she is trying to get her child to nap.

AL: Okay, but I’m not going anywhere, ma’am. I live here. My kid is not doing anything wrong. Why should I leave?

TL: Which unit do you live in?

AL: It’s none of your business.

TL: Actually, it is. Because I will come outside your window and scream. You’re outside mine.

AL: Okay. Okay. Now excuse me while I go tend to my kid, because you’re obviously not. 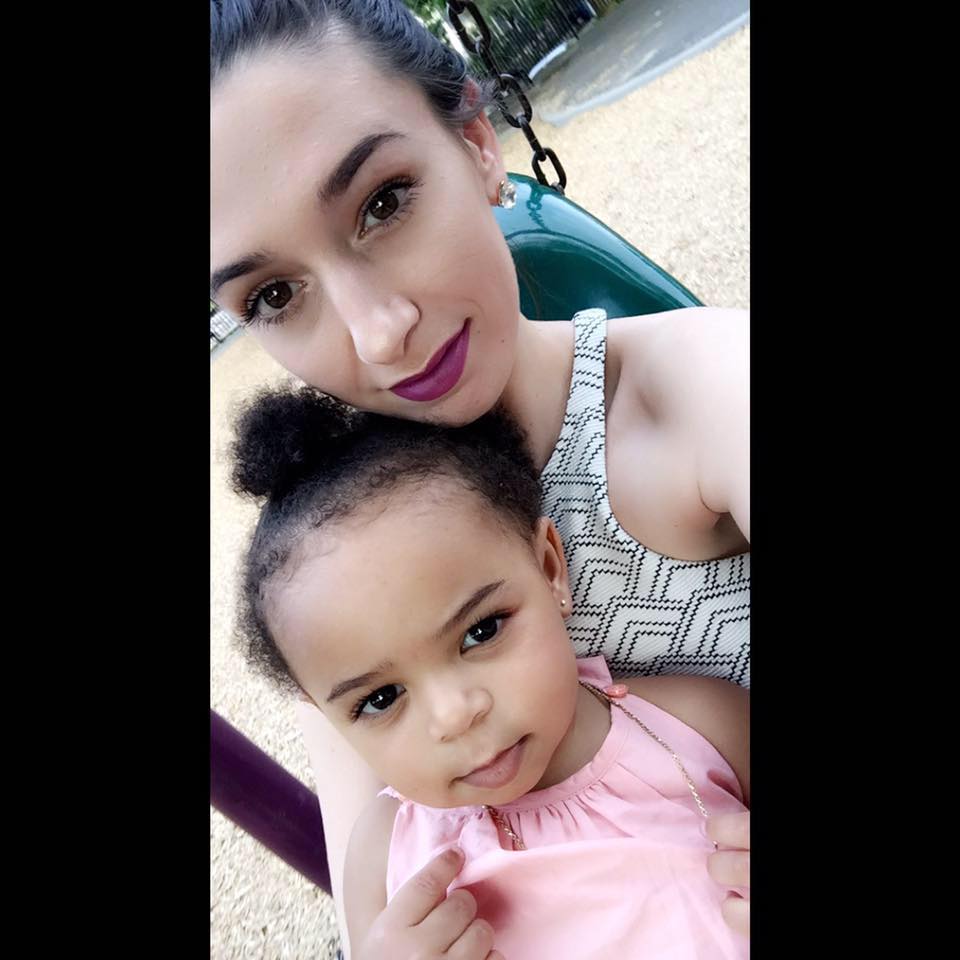 I must say, I love how Laliberte handled Lund. She knew exactly who she was dealing with. Another condescending racist Leftist. And you can bet that Lund pretends to be holier than thou when it comes to “progressivism”.

The tolerant Left showcase their selfishness and in-your-face racism.

Y’all here is another Permit Patty trying to kick me off my own property because she’s having a hard time getting her kids to take a nap at 3:30 in the afternoon on a Saturday. I’m outside enjoying the afternoon with my daughter when this woman came downstairs and asked me if I would move so her kids can nap. Mind you it’s mid day and we weren’t even being loud at all drawing with chalk. She followed me around and harassed me trying to get my information and apartment number as if she had a right to know. When I wouldn’t tell her she proceeded to ask me if I lived in the “affordable apartments” of the building for Cambridge residents or if I lived in one of the Harvard owned apartments (which is all the same building anyways). It was totally discriminating and racist of her.. or maybe it was because my daughter is biracial who knows. I have no idea who this woman is and the fact that she thinks she has some kind of authority over me is crazy! She wanted to know what apartment number I lived at so she can yell outside my window to see if I like it (real mature) as you hear her say in the video. This woman’s house is no bigger than mine even if she lives in one of the apartments that are owned by Harvard. Despite color, where I live, how much money I have she will be buried 6 feet under just like me… Why do people think they are literally better than others? Why does she think she has a right to make us move? If she really did not want to be disturbed she would own a one family house instead of deciding on moving in to a condominium with a bunch of neighbors. I’ve lived in this complex for 15 years. Not one other person complained about my daughter and I. I have no idea who this woman is but if someone knows her please tag her and share this if you agree!!!!

After the post went viral, Lund needed to do damage control. 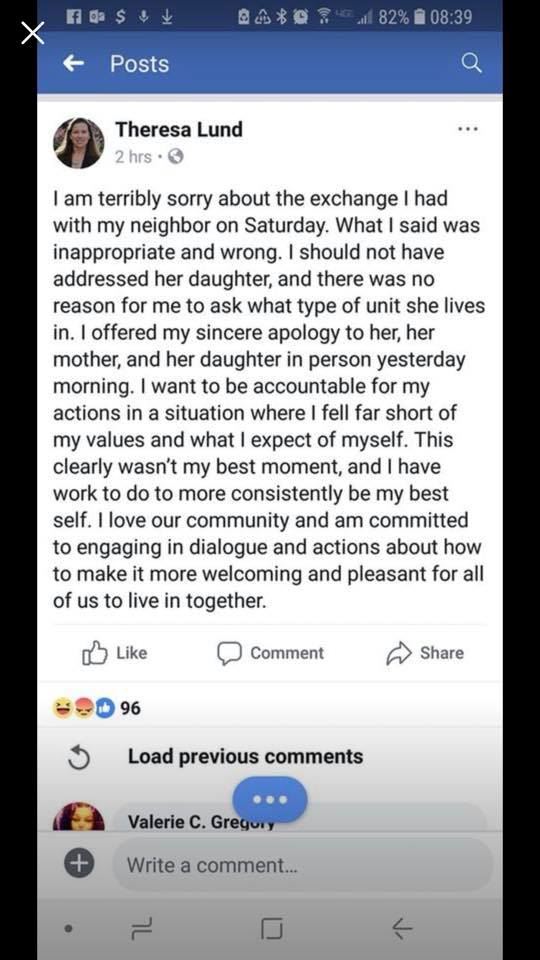 “I am terribly sorry about the exchange I had with my neighbor on Saturday. What I said was inappropriate and wrong. I should not have addressed her daughter, and there was no reason for me to ask what type of unit she lived in. I have offered my sincere apology to her, her mother, and her daughter in person yesterday morning. I want to be accountable for my actions in a situation where I fell far short of my values and what I expect of myself. This clearly wasn’t my best moment, and I have work to do to more consistently be my best self. I love our community and am committed to engaging in dialogue and actions about how to make it more welcoming and pleasant for all of us to live in together.”

Yeah, whatever. The reason for the apology is Lund got caught.

These interactions between Leftists and non-whites occur millions of times a day. Thankfully this one was caught on camera.

The racism that exists in America is not the KKK crap that the Left promotes and from with they profit. The REAL racism happens just like this, and by those who pretend to care about minorities and other “pet projects”.

Let others see how racism really works, as TBS continues to destroy the myth of the good progressive. There is no such thing.