For those old enough to remember the television series Hogan’s Heroes, one the most popular characters was Sergeant Schultz.

Schultz was a prison guard at Stalag 13 and would turn a blind eye to Hogan’s resistance activities. When asked by camp Kommandant Klink to report on Hogan’s activities, Schultz would famously say, “I know nothing, I see nothing, I hear nothing”.

Such deliberate ignorance has made a return in the US media, willfully blind to the successes and popularity of President Donald Trump. In their beltway media bubble, Trump has accomplished nothing and remains a clown, pig, reprobate, or buffoon, just as he was when he announced his candidacy three years ago.

The media see nothing, hear nothing, and know nothing. Big media refuse to acknowledge the booming economy. And the few that do attribute it to Barack Obama, now out of office by a year and a half.

No recognition of the tax cuts and Trump’s dramatic rollback of regulations. Many in the media believe that Hillary Clinton actually won the election, that Trump stole the presidency from her with the help of the Russians. Further, they believe that Americans regret their choice made in November 2016.

What do the people say?

A recent Rasmussen poll asked, “Would we all be better off with a second President Clinton in the White House instead?” 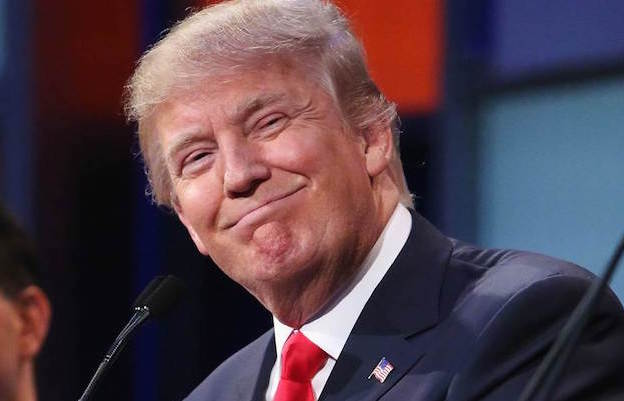 Only 40 percent said yes while 47 percent disagreed. The 40 percent are mostly the Democrat base and silly NeverTrumpers who have thrown all of their conservative values to the wind by resisting the most conservative president of their lifetimes.

Independents, so important given the hyper-partisan electorate, “By a two-to-one margin (54% to 28%) – do not believe America would be better off if Hillary Clinton had been elected in 2016 instead of Trump.”

The Trump train has left the station and the media missed it, still convinced that the Trump presidency is one massive mistake. Voters disagree.

The media continue to claim that Trump is a Nazi and hates people of color, with the feeling being mutual. Not so fast.

When asked recently by Zogby about their feeling of economic optimism for the next four years, the results were not consistent with the media’s narrative.

43 percent of Hispanics, 39 percent of Asians, and 25 percent of blacks felt the economy will be good or excellent over the next four years. Such optimism will translate into votes, something the media won’t acknowledge. See nothing and hear nothing, except their own voices and echoes.

The latest issue which the media used to attack Trump is immigration.

Post-Russia collusion, followed by Stormy Daniels, then Melania Trump’s jacket, and other nonsense, all stories that petered out. So CNN panels and prominent NeverTrump Republicans from Bush CIA Director Michael Hayden to former first lady Laura Bush have called Trump a Nazi and compared his immigration policy to Japanese internment camps. Remind me which political party interred the Japanese?

They conveniently ignore the fact that Trump is simply enforcing the laws passed by Congress, the same laws his predecessors were charged with enforcing. But that doesn’t stop their derangement and lack of ability to sense the pulse of America.

How do “We the People” feel as opposed to MSNBC hosts and guests?

A Harvard-Harris poll found that 60 percent of registered voters don’t want ICE abolished. In fact, 70 percent of the people answered that, “the United States should have stricter enforcement of its immigration laws.”

How could that be? Watch cable news and you are left with the impression that every American is outraged over Trump’s “zero-tolerance” immigration enforcement approach. The media cover in depth each anti-Trump protest,  but ignores the opinion of the majority of Americans. They see nothing and know nothing. Just as they did in the lead up to the presidential election, missing the obvious Trump victory until about 9 PM on election night. Go ahead…smile again.

Because they were blind to reality during the presidential campaign as they continue their “I see nothing, I hear nothing” behavior to this day. It’s no wonder people stopped watching the news, buying newspapers, and worse yet, accepting the news in any form. President Trump succeeded in branding the media what they represent: fake news.

If the Democrats listen to the media, they do so at their own peril. Liberal NBC “Meet the Press” host Chuck Todd acknowledged,

“Despite his overall unpopularity, President Trump is winning, and the Democrats right now are reeling.”