The “Loving and Tolerant Left” strikes again. This time, liberals used every gay stereo-type in the book.

The Democrats and Leftists have long-claimed to be the supporters of gay pride. That is, until Trump took office.

Last year, the Los Angeles Gay Pride Parade was rebranded as #ResistanceMarch to match what Leftists claim to want to accomplish against President Trump.

Breitbart elaborated at the time:

Once, the gay rights movement stood for tolerance: hence the rainbow flag, which is a symbol not only of pride but also of acceptance. But the message on Sunday was that lesbian, gay, bisexual, transgender and queer (LGBTQ) conservatives are unwelcome in that spectrum — and are, in fact, aiding the enemy.

The purpose of Gay Pride parades, in L.A. and elsewhere, has historically been to create an environment into which LGBTQ individuals could “come out of the closet” and express their sexuality without fear of persecution.

Truth be told, many in the LGBT community don’t believe in the one-sided political nature of things.

Like most Left-wing associated organizations, the members dare not speak out against the “collective”, as there can be hell to pay.

Conservative blacks know this, as many are called “coons” or far worse.

Conservative women fare no better, as the Women’s Movement happily targets accomplished women who dare not follow the code of the man-haters.

Such is the case with gays, as the “movement” doesn’t want the truth to get out.

Aside from the totalitarian, quasi-fascist mentality of some of the movement’s leaders — which was on full display in the screeching speeches from the front of the march on Sunday — there are two other reasons for the gay rights movement’s transformation from a force for liberation into a tool for repression.

One is that the movement has run out of great causes for which to fight. With the Supreme Court’s June 2015 discovery of a right to gay marriage in the U.S. Constitution, the gay rights movement has little left to achieve. It has poured energy and resources into the new cause of transgender rights, but that is a deeply complicated issue that affects a tiny percentage of Americans.

The other reason the gay rights movement appears to have adopted a one-sided political approach is that its leaders seem to think that they simply do not need Republican support. Although Americans, and Republicans in particular, have been increasingly tolerant toward the LGBTQ community — with Donald Trump specifically name-checking the movement at the 2016 Republican National Convention — the gay rights movement has generally preferred to fight its cause in the courts rather than appealing to the goodwill of voters.

Since the LGBTQ leaders don’t think voters are important, I suppose it doesn’t matter who they offend. Especially if they manage to offend conservatives.

Enter The New York Times. First, we should back up a bit to point out the stellar reputation of this publication. According to Facebook, the  Times is considered “trustworthy.” (Of course, that’s if we can trust Facebook…)

Recall, it was the Times who brought down Harvey Weinstein. Hollywood feminists were well-aware of Weinstein’s predatory tendencies. Yet, no one said a word until the now-famed exposé published. Certainly, we can trust NYT’s fairness. Or can we?

Today’s display of insensitivity proves the NY media giant is just another leftist outlet, more-than-willing to operate under a double standard.

The Times willingly made a laughing stock of gay rights. And for the record, the unicorn was innocent in all this.

As the Gateway Pundit writes:

Because gay relationships are a joke. 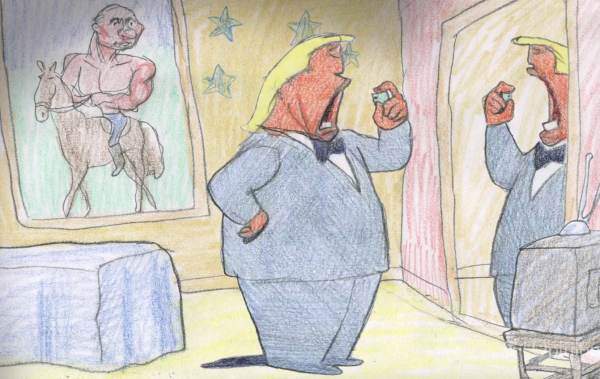 As the video progresses Trump and Putin are seen riding a unicorn together and holding hands. 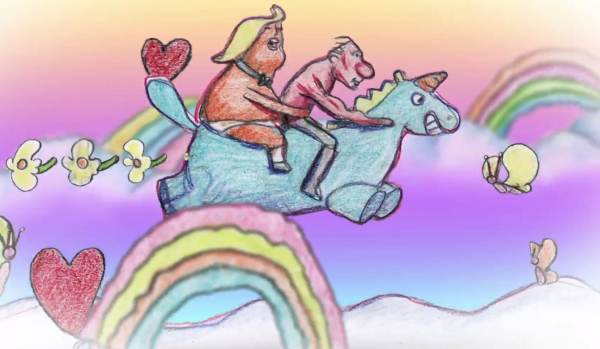 The NYT publishes an animated film mockng Trump and Putin for being homosexual lovers, using one disgusting gay stereotype after the next to do it. I’m sure they’ll claim some LGBT person was involved. Homophobia for progressive messaging is still bigotry https://t.co/rbOwIyLHn7