Perspective and How Leftists Must Feel These Days About Obama

How things really are in the world is a matter of perspective. The sooner one learns this, the better.

Perspective shapes much of how we see the world. The more a person understands that there are many sides to issues, the better they can be at making the right decisions.

For Democrats, Barack Obama represented the best of their ideology. They couldn’t have conjured up a better candidate to lead their cause than Obama, if they had created him in a lab themselves. For Democrats, Obama had it all: looks, panache, and that “Je ne sais quoi” that they had spent their careers hoping to find.

Democrats were so giddy over Obama that Democrat strategist James Carville said essentially that the election of Obama would have Democrats in office for decades.

But that is all a matter of perspective.

When I saw these pictures of a location in Brazil where people hang precariously from a rock, the images made me think of Obama.

In the graphics, you see people doing dangerous aerial stunts, hanging from this rocky outcrop with the ocean in view for perspective. My hands get moist just looking at these people perform these acts of terror.

How strong is this girl? She still has to let her legs go in order to climb back up. And is there any wind? 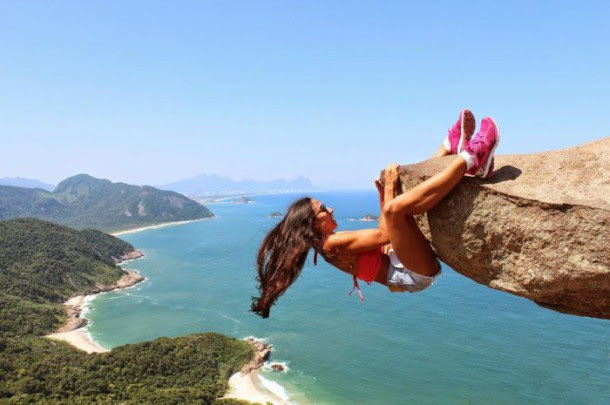 What about this next girl? If you need women for the Women’s Movement, I nominate her.

Talk about a role model for “I can do anything a man can do!” In this case, she’s doing what this man would never do! And I bet I’m not the only alpha male saying this. 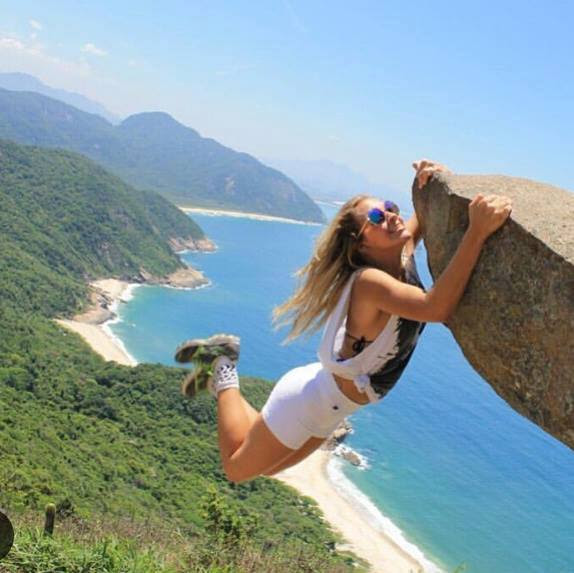 Finally, somebody to represent the men. Strong enough looking man, but certainly no Hulk.

Yet there he hangs with that intense look. 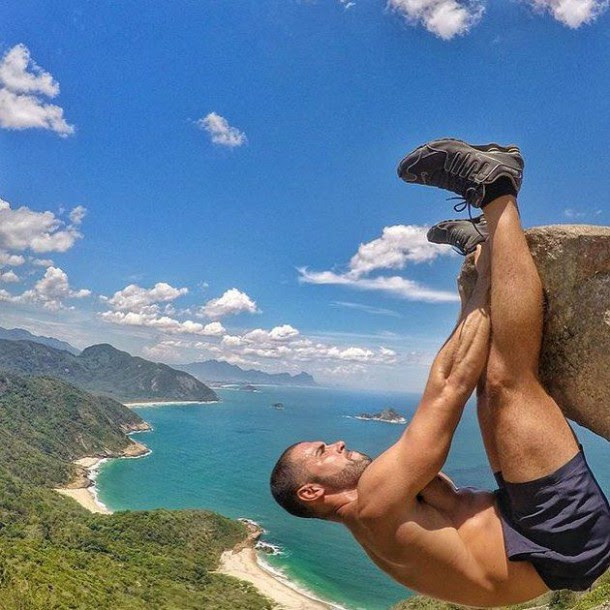 Look at a group of people, likely friends, sitting on the rock as one of their party dangles dangerously over the ledge. All smiles, too!

Metaphorically, this rock represents Obama for the Left.

They sit atop their “Obama” and celebrate their prowess. While the girl looks to be in peril, look at the one young man in the white shorts who lies in an equally dangerous spot, smiling as if he’s just working on his tan. 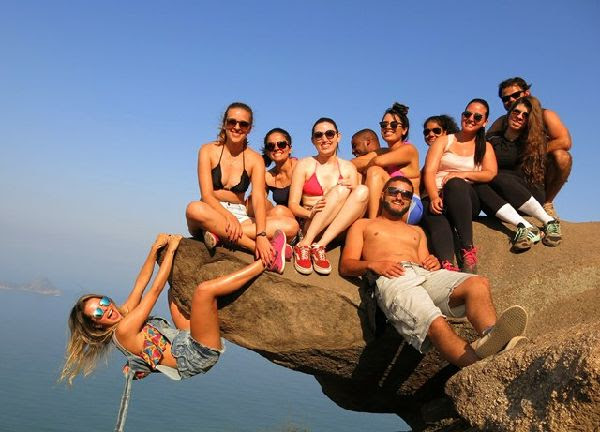 And what of this thrill-seeker? Hanging backwards!

What strength it must take to do this? But more importantly, what is her plan to turn around and get back up?

I wondered, “How many people die at this location annually, as people try these death-defying stunts?!”

Remember, this is Obama. So everybody is safe, despite the obvious danger, right? 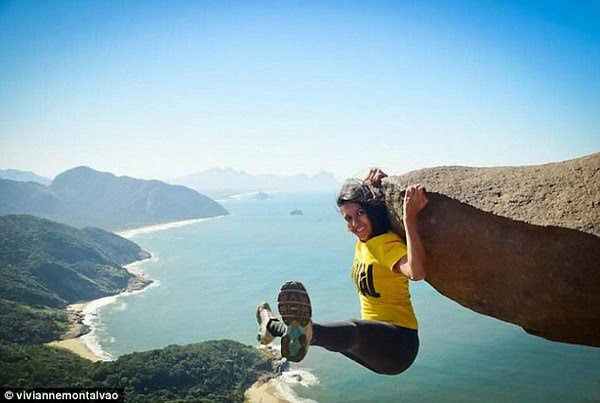 Yes, that is a parent dangling his child over the precipice. I liken this to Leftists who put the fate of their children in the hands of Obama.

Next to the bad parent another person hangs in an unimaginable position. 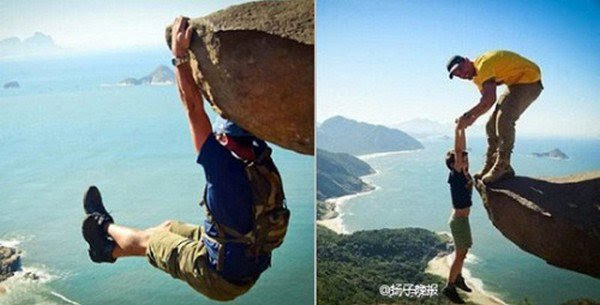 The picture of this young man grasping onto the rock makes my heart beat fast.

In the bottom left of the image, you can see the city of Rio de Janiero. 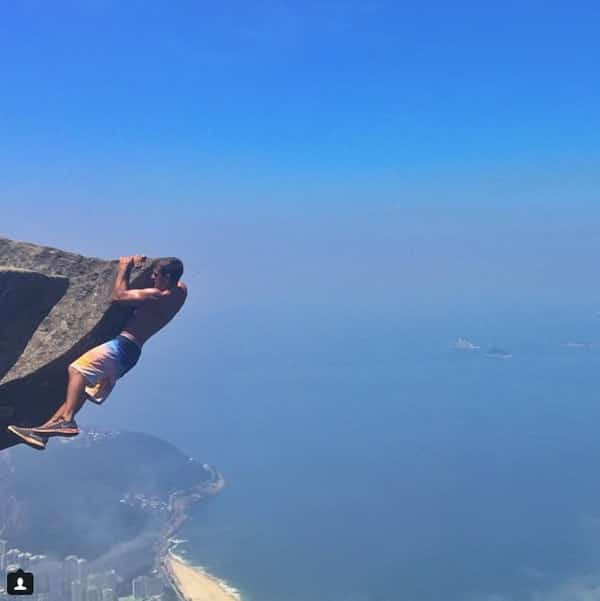 If the previous young man didn’t get your heart racing, how about this guy. He chose to hang with only one arm. The girl in the foreground doesn’t seem to have a care in the world, as she watches from another perch. 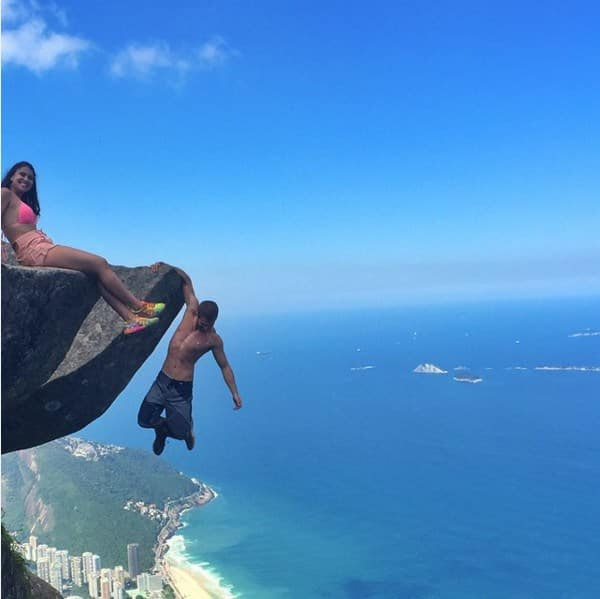 Ah, the perfect shot for these two lovers, right?

Would you hang from this rock in order to get this shot? 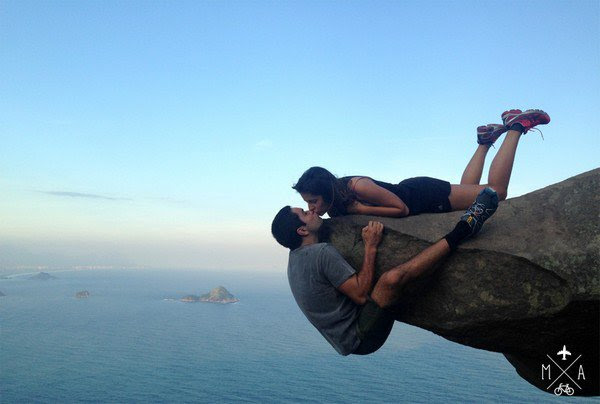 Well, it wasn’t smoke and mirrors, folks. But it is a matter of perspective. Below is the reality of all that you saw above.

Such is the case with Barack Obama’s presidency. A matter of perspective. 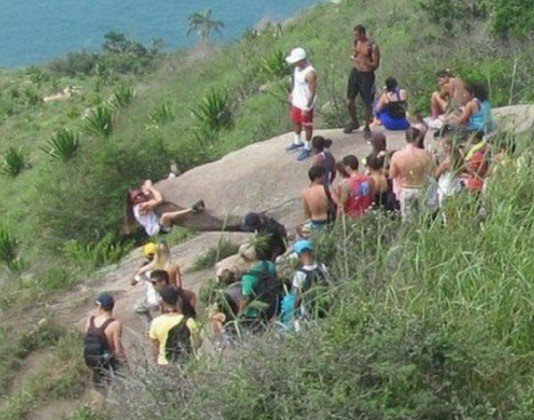