Iran remains on the hot seat mostly because of the Trump administration.

While Barack Obama allowed the murderous regime to foment terrorism, President Trump understands how those reckless policies endangered the world. 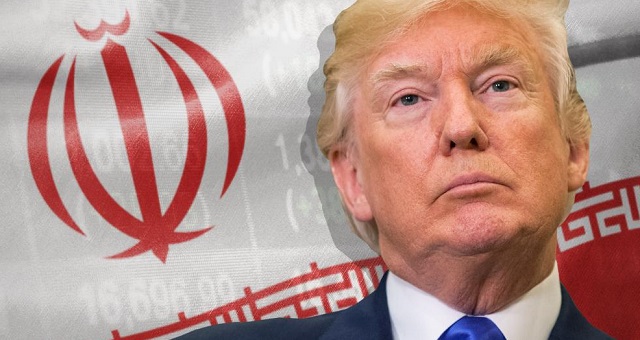 Partially because of a tougher stance by the United States, today Iranian expatriates, human rights activists, and advocates for Iranian democracy gathered in 20 simultaneous rallies that have been organized for 20 different cities across Europe and North America. The primary purpose of the event, which was coordinated with one another and simulcast to journalists and interested parties throughout the world, was intended primarily as commemoration for the victims of a severe crime against humanity perpetrated by Iran’s clerical regime exactly 30 years ago.

In the summer of 1988, Iranian authorities initiated a massacre of political prisoners based on a fatwa from Ayatollah Khomeini and mainly targeting the People’s Mojahedin Organization of Iran (PMOI/MEK). After a period of a few months, 30,000 members of that and other opposition groups had been hanged because they refused to express submission to the revolutionary theocratic system.

Over the ensuing 30 years, persons who served in the Iranian government at that time and persons who sat on the “death commissions” that condemned men, women, and young teenagers to death didn’t just remain within the Iranian power structure; they were rewarded with increasingly prominent positions both in government and in regime-linked businesses. As a clear example of the regime’s lack of shame over these mass killings, both the current and former Ministers of Justice are individuals who served on the death commissions.

The MEK, as it happens, is still the leading pro-democracy voice in the Islamic Republic. And it has been playing a leading role over the past nine months in the mass anti-government protests spanning the entire country. 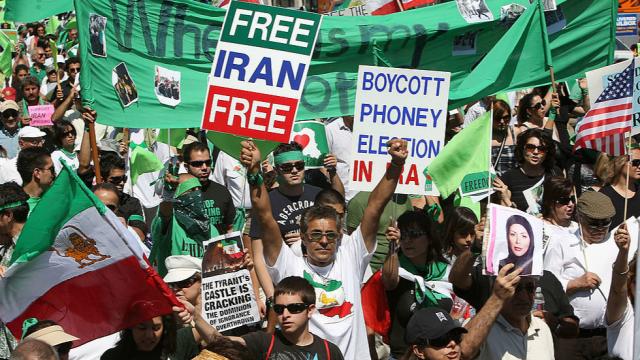 These protests are emblematic of the people’s frustration with the impunity Tehran has enjoyed over the years. However, unless that impunity comes to an end, the anti-government movement will only give rise to more bloodshed as the regime brushes aside modest foreign pressure and intensifies its already deadly crackdown on dissent.

For this reason and for the simple principle of justice, the governments of Europe and the United States would be well advised to pay close attention to the testimony that will be given an outlet in Saturday’s gatherings. It is crucial, first and foremost, that they understand the extent of the criminal behavior that Tehran is capable of. Secondly that they recognize the likelihood of that behavior recurring for as long as past crimes go unpunished.

“For three decades, the international community has been silent over the massacre of political prisoners in Iran. As a result, the mullahs have continued with impunity to violate human rights in Iran, crack down on public protests, launch terrorist operations, and wage catastrophic wars in the Middle East and other countries. Now, the time has come to end this silence,” Maryam Rajavi, the President-elect of the National Council of Resistance of Iran, said while addressing the international simultaneous event.

President Trump and his administration should be commended for raising the level of assertiveness in US policy toward Iran. The sanctions imposed on the regime have seriously impacted the regime’s economy along with the ayatollahs’ misguided policies and rampant corruption.

Further, the Trump administration has been much more vocal in support of Iranian people and their rights than almost every other country. If it weren’t for President Trump’s tough policies in dealing with Iran, the Europeans would continue to look the other way at the radical regime.

European counterparts should be criticized for not following suit with America, but instead going out of their way to oppose U.S. sanctions and provide additional concessions to the Islamic Republic, apparently without regard for how financial incentives might be spent. If Europe continues to defy President Trump’s leadership while effectively begging Iran to continue expanding its relations with the rest of the Western world, it will be clear to the mullahs that trade agreements are a much higher priority for Europe than the state of Iran’s domestic affairs. Worse yet, it will be clear to the Trump administration.

We are well past time for the world community to call attention to the crimes highlighted by survivors and victims’ families on Saturday. The world should speak with one voice to condemn the Iranian regime, then follow up with concrete action. Perhaps such action would pressure the United Nations to launch an independent investigation into the 1988 massacre, and to do so before Tehran can destroy further evidence regarding the locations of the secret mass graves in which most of the victims were buried.

The responsibility to defend human life should be sufficient incentive for Western leaders of every stripe to move human rights advocacy into the center of their Iran strategy.

But if anyone needs more, it should be acknowledged that such advocacy will go a long way toward demonstrating genuine solidarity with the protest movement, boosting its morale, and helping it to exert comprehensive pressure on the clerical regime from within its own borders.

In this way, a primary focus on human rights may be a highly significant step toward compelling Tehran to make major changes to its behavior. This is the stated goal of the Trump administration’s current Iran policy; it is certainly the goal of Iran’s restive population. And it should be the goal of every policymaker who has a say in the future of his or her own country’s strategy regarding the Islamic Republic.