Ramon Pedro was arrested for raping a child after claiming she was his daughter. Liberal immigration policies helped turn one young girl into a rape victim.

Now, Pedro faces a number of charges including rape, forcible sexual penetration, oral copulation, and endangering/causing injury to a child.

For now, Pedro resides at the Fresno County Jail. The $310,000 bond looks good on paper, but it does nothing to restore a child’s innocence.

While leftists are crying over the separation of families, some children long for the safety of a government shelter.

The day Trump entered the Oval Office, leftists pushed back against the President’s every move. It doesn’t matter if Trump strengthens the economy or makes the military stronger.

In fact, Democrats prefer to turn this country upside down, allowing illegal immigrants more rights and privileges than our own citizens hold.

However, the arrest of Ramon Pedro should serve as a reminder that immigration policies exist for the safety of us all.

Ironically, Obama housed many more children in shelters than Trump. In the fiscal year 2013, under the Barack Obama administration, the HHS Office of Refugee Resettlement (ORR) had as many as 25,000 unaccompanied children in its care across 80 shelters, according to Newsweek.

But for leftists, it’s only offensive if it happens under the Trump Administration.

Unfortunately, the inconsistent enforcement of immigration policies allows loopholes to be exploited. And people like Pedro know exactly how to take advantage of the system.

Once smugglers noticed having children decreased the odds of deportation, carrying kids across the border increased by more than 300%.

Trump policies aim to curtail such barbaric practices. Sadly these children are used in human trafficking, prostitution, drug deals, and other horrendous crimes.

When Pedro crossed the Texas border with a young girl, he told authorities she was his daughter. Officials retained the pair but ultimately released them under the agreement that they would show up for their immigration hearing.

Months passed. Pedro maintained custody of the child. All the while, Pedro terrorized her.

Pedro and his alleged daughter were admitted to Fresno Community Regional Hospital in Fresno, California, on July 26 to undergo screening for Tuberculosis when doctors determined the girl had been raped.

Once hospital staff notified the police, they determined that Pedro was not related to the girl, according to a DHS official.

The DHS official said the victim had been told by her mother “to accompany Pedro to the United States” so he could find the mother a job.

The Golden State is inundated with sanctuary cities. Luckily, Fresno County Sheriff Margaret Mims opposes sanctuary cities and cooperates with ICE. Therefore, we can hope that Pedro will pay for his horrific crime.

However, we have to wonder whether or not true justice will be served. Undeniably, California is soft on immigration. In fact, California has had to pay illegal immigrants who sue them for upholding the law. Check out this story.

More than once, we’ve seen criminals hide out in sanctuary cities until they could strike again.

Last year, the story of a deported MS-13 Gang member broke. Tommy Alvarado-Ventura beat and sexually assaulted a two-year-old. Let that soak in.

A toddler was the victim of rape. Then Alvarado-Ventura stabbed her mother. These crimes were preventable.

Alvarado-Ventura had no business in this country. Yet, thanks to Obama’s catch and release policies, this illegal immigrant returned again and again.

And we can’t call these isolated incidents. I’m reminded of yet another story we covered. 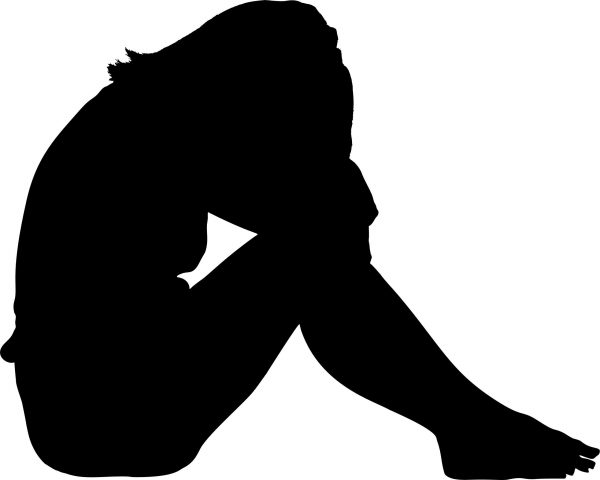 Armando Rodrigo Garcia-Ramires was arrested by ICE in 2011. Months later, he was back on our streets. Last year, Garcia-Ramires shot and killed his 15-year-old stepdaughter.

She was pregnant with his child. It’s doesn’t get much more heinous than the rape and murder of children.

However, leftists prefer sticking to their anti-Trump rhetoric over admitting the danger associated with sanctuary cities or liberal immigration policies.

My grandpa used to tell me “the only thing a lock does is keep an honest man out.”

I find myself applying that logic to more than just storage sheds. When it comes to immigration policies, honest men and women follow the rules and regulations.

The walls and locks keep out the criminals.

Far too often, illegal immigrants are allowed in unlawfully. Even when they are guilty of dealing drugs, human trafficking, and exploiting the system.

Pedro’s victim was almost lucky enough to be separated from her so-called family.

Had she been separated from him, she’d still be an innocent child and not a rape victim.

It’s baffling to think people accept liberal immigration policies without knowing all the damage these policies inflict on the innocent. We must be diligent in fighting for a secure border.

It seems leftists are so busy trying to sink Trump, they’ve forgotten the most important thing of all. We’re all on the same ship.