Leftist Are Too Stupid to Enjoy the Trump Presidency

An apt metaphor, given that Leftism is indeed like an 80-year old’s breasts. You can appreciate their past, but they aren’t much good now or in the future. 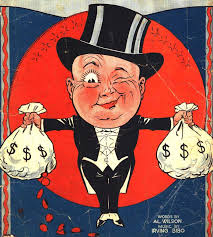 So why don’t Leftist America feasts on the carcass of Clinton and celebrate the long-overdue death of their staid ideology? I did mention they are stupid, right?

Then they look at their stock portfolios, or their 401k accounts, or their paychecks, all vivid reminders of how the election of Trump improved their miserable lives.

Sure, right after the election they collected together to cry on each other’s tiny shoulders at their “Hate Trump Fests”. They bemoaned Trump’s evil behavior.

Next, they forebode all the bad things to come, things like Armageddon Parts I through XVII. Earth still intact, they began to ask “What Happened?” How was it possible that Hillary Clinton lost?

But after Trump saved Carrier, one would think at least one of these little Princesses would have at least began to come to their senses? After all, Obama dared Trump to do. In fact, Obama claimed that for Trump to live up to his promise of saving jobs by keeping Carrier in Indianapolis, Trump would need a “magic wand”.

And with one wave of his magic wand, “Abracadabra!” Trump managed to not only create more jobs for Americans but also to bring back jobs that had previously left. Jobs we were told would never come back.

This booming economy has created record low unemployment in 45 years for ALL Americans.

In fact, there are more jobs available than being filled which hasn’t happened in quite some time.

Additionally, according to Market Watch because of low unemployment wages and benefits are rising at the fastest pace in a decade.

More important, the cost of worker compensation in the form of pay and benefits edged up to 2.8% to mark the biggest yearly gain since mid-2008.

Wages and compensation are going up because unemployment is way down. The jobless rate has tumbled to an 18-year low of 4% after the hiring of millions of people in the past eight years.

In other words, workers are making out better.

And do you think these incredible numbers reflect only working conservatives in America?

The Left in this country, who so blindly hate Trump because they believe everything they hear, reap all these benefits too.

Could you imagine the stupidity of a person who is able to save more, put more food on the table, maybe even take a vacation and enjoy life yet hate the person who’s responsible for their better life? 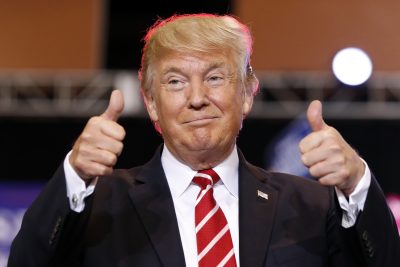 A short recap of the Trump Effect:

Moreover, the president’s tax cuts have put more money back into the U.S economy as millions of Americans received bonuses due to the tax cuts.

Additionally, major companies have announced plans to move capital and operations to the U.S. due to these cuts and ALL credit the reduction of taxes from 35% to 21% as the reason.

And do you think leftists are partaking in some of these “crumbs?” Absolutely!

Next, what of national security?

Both Syria and Iraq have declared victory over ISIS. And due to President Trump allowing the U.S military to do its job, less than 1,000 ISIS fighters are estimated to remain.

Because of President Trump, the United States leads a global campaign to achieve the peace by the denuclearization of the Korean peninsula. Though the talks are still in the works, only brain dead Leftists would wish Trump won’t be successful.

And despite the Left’s insistence that the Russian summit between Trump and Putin was anything less than “treasonous”, they will surely benefit from that too.

Trump has made it clear to the world that Putin is his puppet, yet the Left insist on a different, fake news narrative.

In addition to strengthening NATO to aid in protecting other countries from the hostility of Russia, President Trump also sent extra defense spending to Ukraine.

The United States has also increased our oil and energy production making the world less dependent on Russia, including us.

The list of accomplishments under this administration needs no promotion, except for the brain-dead morons. Why would anybody wish for the demise of the best modern-day president in the history of the Republic?

Only a fool would.