America at war again. And it’s not another civil war. This attack is the Un-Civil War. 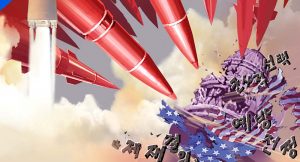 At long last, the largely Angelo-Saxon, Christian-value based Conservative population of America are beginning to wake up to the fact that the America that they were taught to love, and pledged allegiance to and allowed to exist in Freedom in, is under attack.

Never mind that the same Christian values have allowed America to end slavery, empower common men with the ability to impact the government with voice and vote; the results being the most robust economy and benevolent society in the history of humanity.

The Un-Civil War is driven by a force that despises our religious beliefs, the economic system of free-market capitalism, the Constitutional Representative form of Democracy, the traditional culture and even the skin color, of those “Privileged White” people.

The manifesto of the Leftist in the Un-Civil War

What makes this Un-Civil War so egregious is that the attack comes from within our own borders and we continue to allow it’s progression. It is not a foreign invasion with clear and defining lines. It is an invasion of the Progressive Propagandist machinery that have overthrown the Press and Social Media outlets. Their premise is that we are all just a nation of immigrants as opposed to a nation of citizens. According to Websters Dictionary, a citizen is “a native or naturalized person who owes allegiance to a government and is entitled to protection from it.”

Their rhetoric is spreading like wildfire across this beautiful nation we call home.

We are being told daily by this “press” that any dissension from an open border policy is a “racist” fear of the “browning” of America by white people, effectively shutting down any opposition, as is the common tactic by this enemy of Liberty.

The force that is attacking this America is a force that has a very different vision of the way America should be. 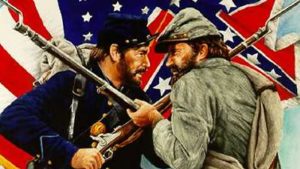 The leftist vision has no borders for the country; imposes limits on personal income; that doesn’t allow speech that conflicts with the “new revised” America and that doesn’t have weapons in the hands of ordinary citizens.

Sadly, like the British that our forefathers fought to liberate us from; this generation of American soldiers has been marching along in perfect rank and file formation, wearing brightly colored “uniforms” in the form of our values.

Our children are our future.

Each core value is being gradually picked off by the “Marxs-men” of the opposition with the evil ideology that has infiltrated and overthrown our educational system, our “news” media and our children’s music, movies and culture.

This methodology of destroying a nation is not a new one. Consider one of communist hero Vladimir Lenin.

“Give me just one generation of youth, and I’ll transform the whole world.”

There is no “hiding behind tree’s” going on in this Un-Civil War. This is a war in full view of the citizenry by the Leftist Progressive’s that have overthrown the Democratic side of our two-party system of government. The enemy launches blatant attacks such as the Maxine Waters/Nancy Pelosi “RESIST” movement; sanctuary cities and open threats on the White House, the President’s family members and any person that works in or agrees with the Pro-America “Trump Agenda”.

We’ve been down this road of evil ideology before.

In this Un-Civil war, elected officials such as the aforementioned and many others disguised as “Democrats” are able to infiltrate the FBI, The Department of Justice, The IRS and the State Department. This ideology of Totalitarianism is the same enemy mindset our Grandparents fought against in WW2 and Korea and Vietnam.

The America that your Grandchildren will live in is being decided now. Actually, with the exception of the completely unforeseen Citizen President, Donald Trump, the future was already determined. Except by the Grace of God was our nation spared the future these Euro-Marxist Totalitarians have in store for our posterity.

If we that love Liberty and embrace our form of government are not ACTIVE in the process of fighting back against this force, we have already lost the very same America we were responsible to protect for our children’s children.

We must fight to preserve the America we know and love.

Donald Trump is a true American patriot and a citizen President. This is why he is loathed by the Progressive’s, who will say or do anything to shut he and his agenda down. His agenda is the same agenda that American Conservatives and Christians cherish, it’s history, it’s flag and its traditional values are something we hold close to our hearts.

The Leftists hate Trump as they hate you. It is a matter of time before the fascist rage that is boiling over on college campuses is manifest into the physical violence that this Un-Civil War is destined to be determined by unless we can save our Republic once again from the attempted overthrow that we are experiencing now.

We must be active in the process of voicing our commitments to protecting American values and our form of Representative Constitutional government through the church, community and most important, our VOTING practices. This is a war being waged on our future and it is going to be a very Un-Civil War indeed if we don’t identify and suppress it, while we have the chance.