After Fox News fired me, most Leftists believed that if they just keep pounding on me, eventually I will cave.

They have NO chance.

The Left feels exhilaration about Fox canceling my role as a contributor. But it’s not like I lost a show. For example, Fox fired Bill O’Reilly. They merely canceled my agreement, which to me is a very different thing.

Fox was O’Reilly’s career, and he built most of his satellite businesses around his role at Fox News. On the other hand, I had a career that I built, prior to Fox. They then noticed my commentary, and gave me a contract as a commentator eventually. As for a show, we discussed me doing more at the network, but it never materialized. I’m actually glad for that, because I would have lost a lot more than I did.

Further, I worked for Fox News for free for years leading up to becoming a contributor. I have that prerogative to continue, should Fox ask me to come on in that role. I suspect that will happen, at least once the dust settles.

Regardless of whether I do or I don’t, one thing remains the same: I’m the same commentator I was when Fox News asked me on the first time to when I wrote my infamous tweet. I’m consistent and fearless.

After I was “fired”, the trolls came out. And believe it or not, most of the trolls are NOT legitimate. They are part of a Left-wing boiler room where people are paid to attack. Imagine a room full of computers and Leftist college students on shifts. A manager comes in and says to the current shift, “Our target today is Kevin Jackson”.

He describes what his “client” wants: Get Kevin Jackson Fired from Fox, and the attack begins.

I got over a 1000 messages like this, though most shorter. 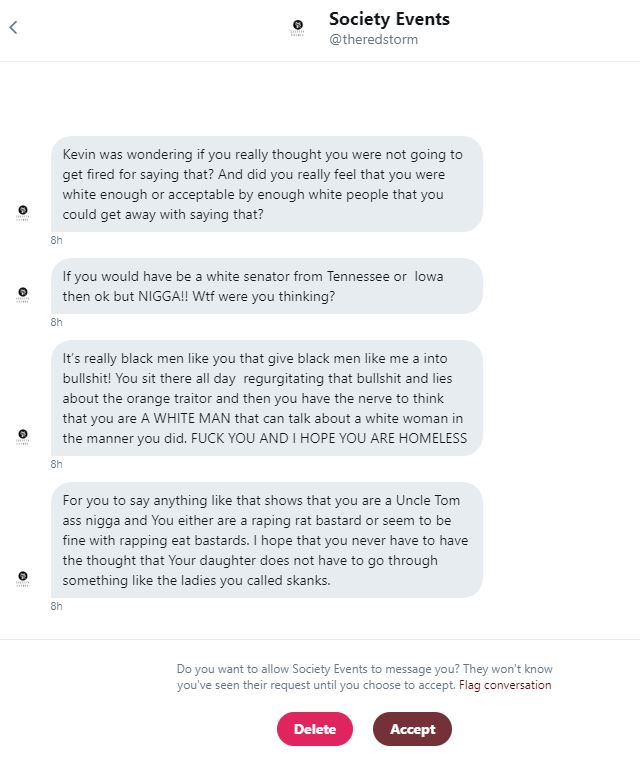 I looked at who the sender was and it’s always somebody with VERY few twitter followers.

Look at how long this “person” has been on Twitter–since Feb 2013–yet look at the activity. 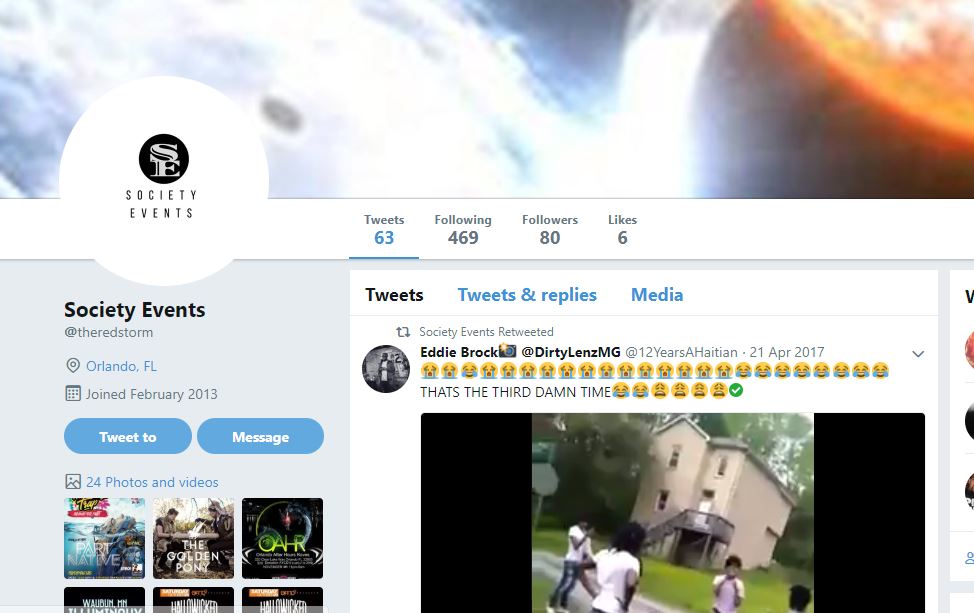 And check out the message I got from this genius. 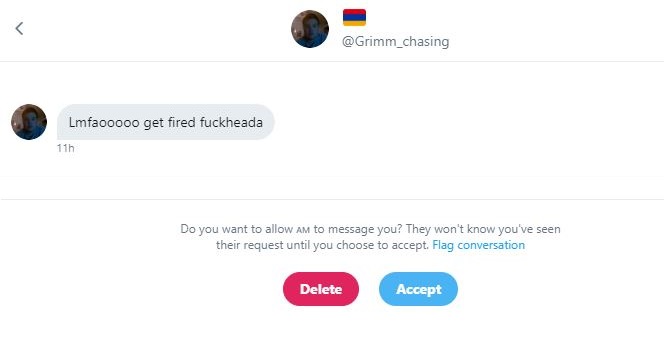 I researched “Grimm” and found that he’s been around since Feb 2012, but for what looks like a Millennial, he doesn’t have a lot of followers, friends, and hasn’t tweeted a whole lot.

By the way, they made the mistake of using his picture in another account that sent me a “nastygram”, which gives you an idea of how many messages I received. 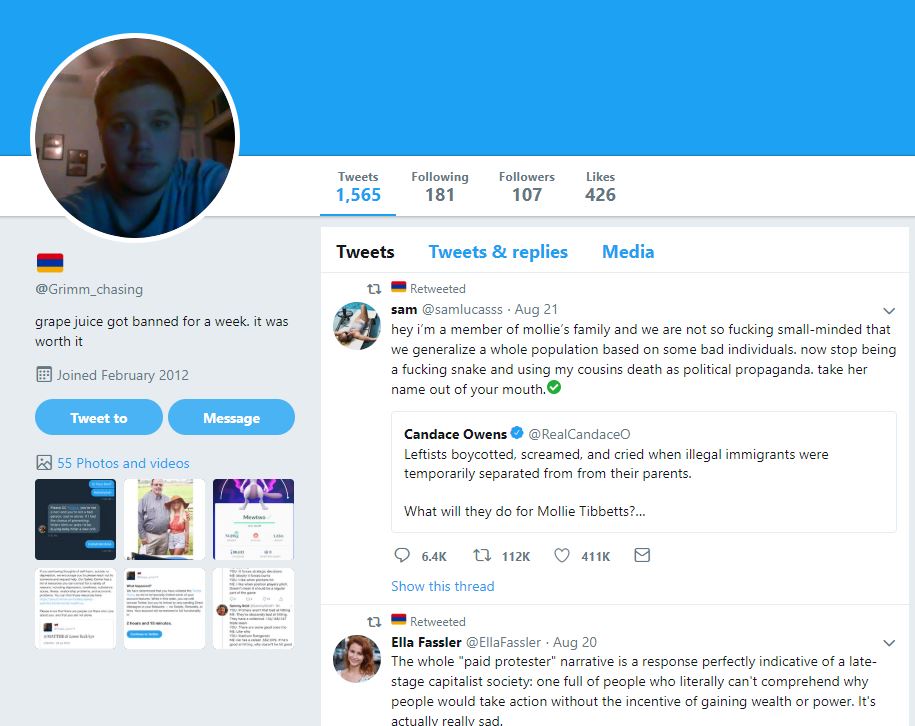 It’s not exaggeration by me to say I likely received over 1000 of these.

As I always do, I fight back; I responded to these clowns.

Their responses are what got me to look into this more, because they followed the thread logically, but not intellectually.

In other words, I began to feel the person was either (1) a bot, or (2) just paid to respond closely.

At this point we know this is a boiler room, and we simply report these accounts and block them. But I can imagine some young Conservative who says something “controversial”, then getting hammered in this manner by the Left. If her or she believed that they were despised or hated to this degree, it might impact them.

Not to mention the threats.

I’m publishing a threat I got over this. I get them all the time, but I wanted to highlight this one. And I’m including the person’s information for the public record. I doubt “Daniel Barber” is even real, though he responds back to emails.

I post all his information in the event we can track “hotnuke” down and give him a chance to give me my reckoning.

As for the legality me publishing Daniel Barber’s message to me, I believe he could be a menace to society, and authorities might want to look into him. Clearly he has issued a threat to me. And what I find most interesting is his use of the word “CUNT”. Oh the irony.

Needless to say, when the Left attack me, it strengthens my resolve.

I had an event the evening I was fired, so I couldn’t do much social media. The next day I woke up and tweeted:

Just so we are clear #Leftists, I stand on my principles even if it costs me a gig

You remain lying scum, willing to CRUSH good people for your devilish ideology#TeamKJ

Note the time I started…3:31AM. Because ass-whoopins need to start early.

I also changed my profile page, removing the mention of Fox News. 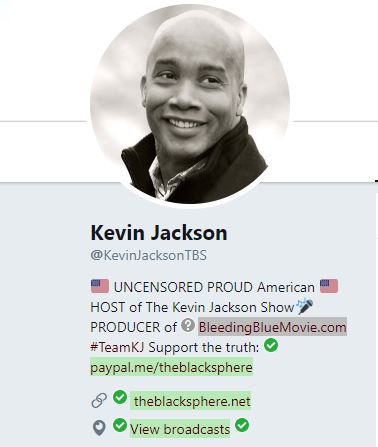 The next morning, I began my Twitter day, thusly:

Just letting you know that my time today has arisen to start kicking you in the tail feathers!#TeamKJ

Let me show you what the outcome is.

Frustration on the part of the Left. Meet Leftist Dora Mahoney: 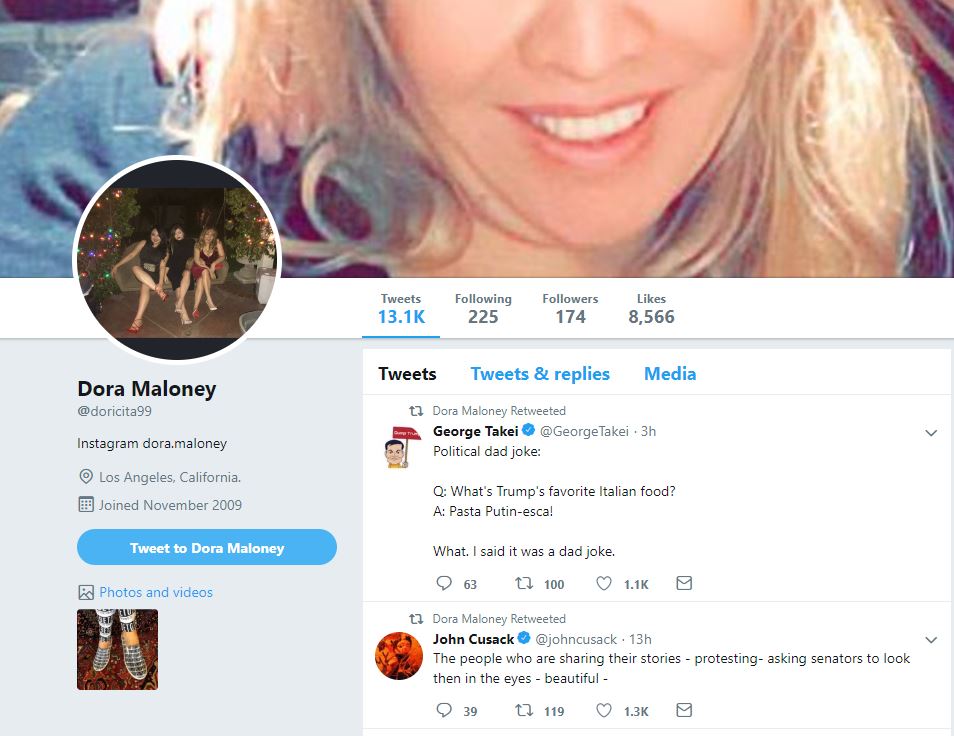 She is part of the team meant to torment me, part of the #Resist movement. She found out that I remain even more resolute, than when I worked for Fox.

You can see that she’s not happy. 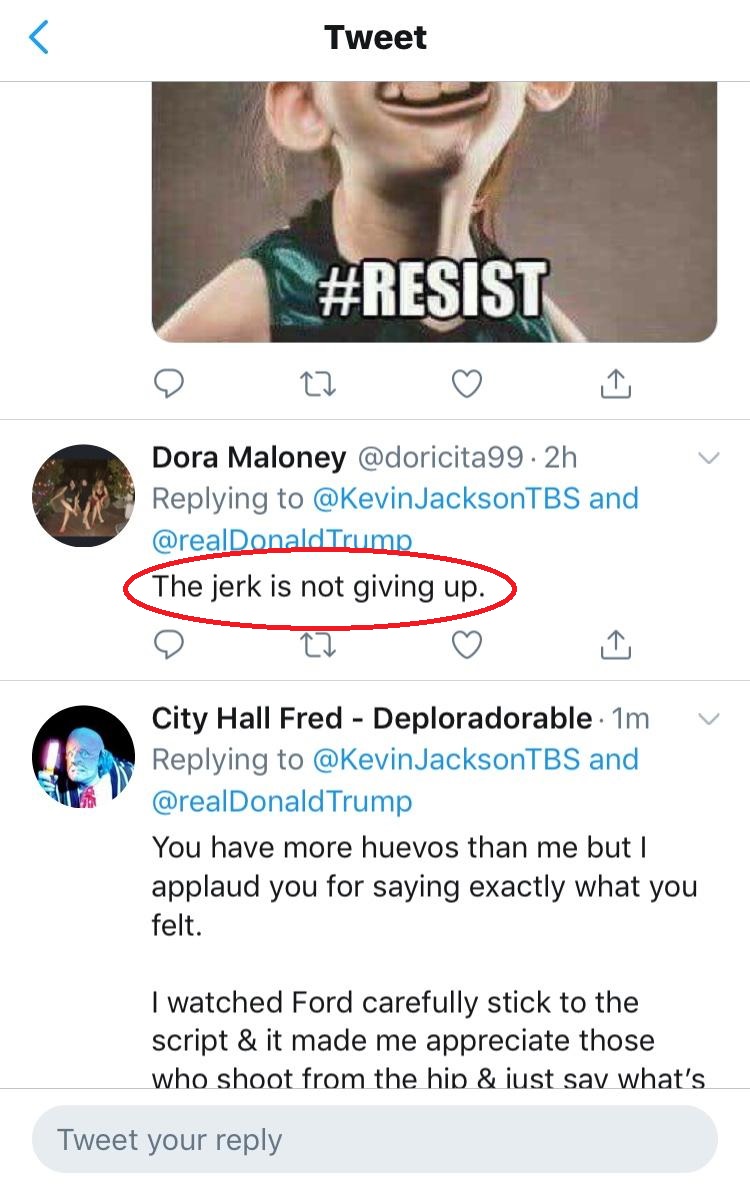 I’m only getting started.