According to the Texas Senator John Cornyn, the behavior democrats are displaying is considered “contempt of court” in any other court hearing. Therefore, it should not be tolerated at Judge Kavanaugh’s confirmation hearing.

I’m not sure what liberals have against Judge Kavanaugh. He’s spent a dozen years on the DC Court of Appeals and he holds a stellar record.

On paper he’s impeccable. On paper there is no just way to disqualify Brett Kavanaugh as a Supreme Court justice.

The left, however, got in gear last night. Even before they knew the name, they started organizing protest marches, and they had protest papers and positions already out. They just had to fill out the name of the nominee; didn’t matter who it was.

The Democrats are fighting so hard to oppose anything Trump approves of. Therefore, they are just making up laughable points of contention to hold against Kavanaugh.

For example, the left wants Trump supporters to believe Kavanaugh is a swamp dweller and Trump sold us out by choosing him. How do they justify this argument? By using his 12 years of service, even though the Bush Administration, against him.

“I think we grossly underestimate how difficult the job [of U.S. president] is.” Because of that, he said he believed “[it’s] vital that the President be able to focus on his never-ending tasks with as few distractions as possible.”

This republican didn’t think Clinton should deal with criminal or civil lawsuits while in office, due to the extreme stress of the job. Apply that same principle to President Trump, and leftists will have to drop the bogus litigation they’ve wasted all their time on. 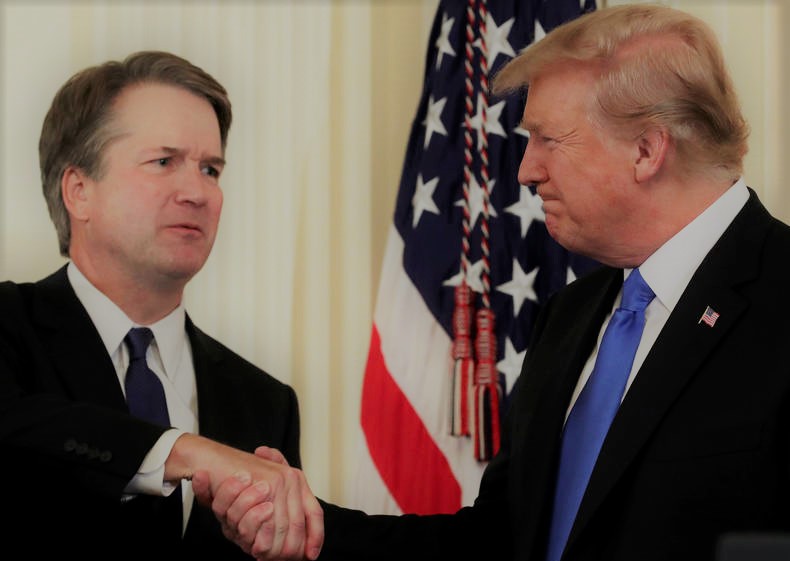 And let us not forget and liberals and the defunct Obamacare. Kavanaugh opposed Obamacare. He understood the complexities involved in creating such a system and he knew it wouldn’t work. Leftists will paint that to say “Kavanaugh wants to deny you affordable healthcare.”

At this point, it’s like banging on a brick wall. Explaining that Obamacare went belly-up, leaving millions to die, just doesn’t make sense to liberals who want everything for free.

They’re gonna do everything they can to rip this country apart over this because the court is their last bastion of making sure that their worldview remains viable even after they lose elections.

Senate confirmation hearings should be the place where people come with their questions in hand and seek thoughtful, intelligent responses. Instead, leftists created a mob scene with mob mentality this morning.

Fireworks erupted at the hearing as soon as Senate Judiciary Chairman Chuck Grassley began his opening statements. Democrats continuously interrupted and spoke over the 84-year-old Republican to ask for more time to review some 42,000 documents the committee received last minute.

Democrats made a decision about Kavanaugh the moment Trump said his name. They considered no other factors. Luckily, John Cornyn pushed for the hearings to continue in a civilized manner.

Watch the latest video at foxnews.comIt’s ironic that leftists continually pedal this narrative that they are the loving and tolerant party, and yet they are unable to separate their hatred of the President from any other issue.

Ask a liberal any question and they’ll air on the anti-Trump side every time.

In fact, recently one of my colleagues figured it out. Leftists are just too stupid to enjoy the Trump Administration. Which is fine, they can bask in their stupidity while reaping the benefits of a safer world with more money. However, they won’t stop the Trump train from rolling into the station. And this time, Judge Kavanaugh is aboard.

I’m willing to bet Kavanaugh is sitting on the bench by October 1st when the new session begins. Trump put him there, and there’s not a liberal alive who can do anything about it.