Apparently they don’t realize Trump is no Obama. He will take action.

Now it’s time to call in the Marines.

The people of Honduras agree with Democrats.

Now a 4,000-person strong migrant caravan, which is bound for the U.S. in a bid to escape pervasive poverty and violence, is pushing north through Central America.

The caravan tore down the border gate in Guatemala Friday and rushed toward the border bridge into Mexico, according to the Associated Press.

BREAKING: Migrants in caravan tear down border gate in Guatemala, rush toward border bridge into Mexico.

A member of Pueblo Sin Fronteras – or People without Borders – a group that helps organize caravans, told migrants in Tecun Uman the group would try to cross en masse on Saturday morning, the Associated Press reported. 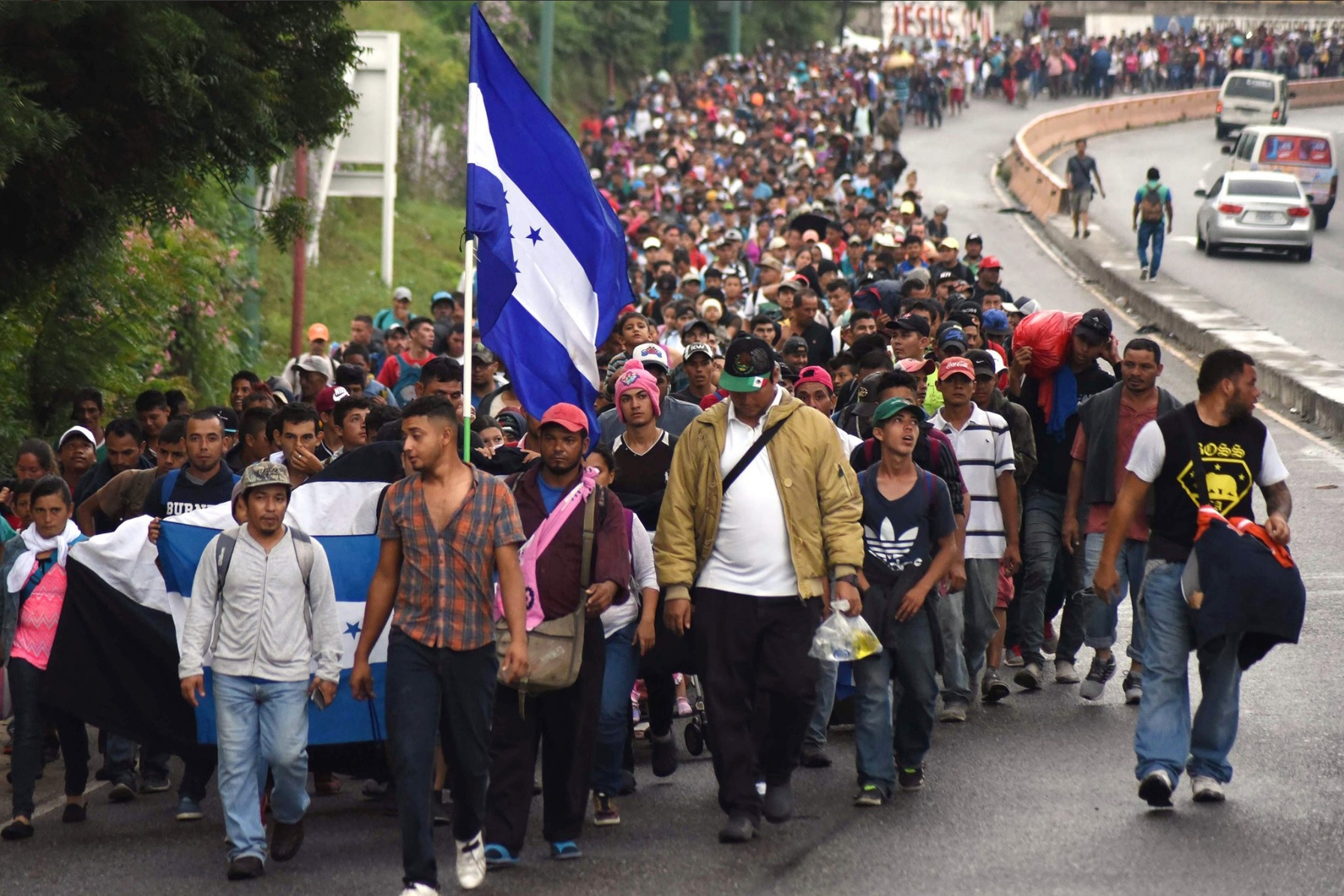 The Honduran caravan faced off with Mexican police on the border town of Tecun Uman Thursday. The migrants in the caravan tore down the border gate in Guatemala and rushed toward the border bridge into Mexico.

Thanks to Trump, Mexico Takes Action

Immediately, authorities arrested Irineo Mujica, the leader of the Pueblo Sin Fronteras group, who previously led a migrant caravan to the U.S. border in the spring.

President Trump, on Thursday, issued a blunt warning to Mexico and other Central American nations over their failure to stop illegal migrants and criminal cartels targeting the U.S. southern border, saying he would send the military and shut down the southern border if officials there couldn’t stop the caravan..

“I must, in the strongest of terms, ask Mexico to stop this onslaught — and if unable to do so I will call up the U.S. Military and CLOSE OUR SOUTHERN BORDER!” Trump tweeted.

….The assault on our country at our Southern Border, including the Criminal elements and DRUGS pouring in, is far more important to me, as President, than Trade or the USMCA. Hopefully Mexico will stop this onslaught at their Northern Border. All Democrats fault for weak laws!

Following Trump’s tweet, Mexico issued it’s own warning. The Hondurans in the current caravan would not be allowed to enter as a group. Furthermore, members would either have to show a passport and visa — items few of the migrants have. Otherwise, they could apply individually for refugee status, a process that can take three months for approval.  Mexican officials also said migrants caught without papers would be deported.

Trump praised Mexico for its enforcement of immigration law:

“Thank you Mexico, we look forward to working with you!” while highlighting a video showing Mexican police officers arriving at the Guatemala border to meet the migrant caravan.

Tearing down the border gate and confronting police – they are already acting like well-trained Democrat mobs!.

Meanwhile, there’s a good chance ISIS and radical Islamic jihadist are making their way north in the caravan.

In a startling revelation, Guatemala’s president announced in the country’s largest newspaper that nearly 100 ISIS terrorists have been apprehended in the impoverished Central American nation. Why should Americans care about this? A caravan of Central American migrants is making its way north. Let’s not forget that Guatemala is one of the countries that bombarded the U.S. with illegal immigrant minors under Barack Obama’s open border free-for-all. They came in droves from Honduras, El Salvador and Guatemala through the Mexican border and for years Uncle Sam rolled out the welcome mat offering housing, food, medical treatment and a free education.

Of course, we know Guatemala is a major route for smuggling foreigners to the US. Fake passports are easy to obtain. Even MS-13 gang members use these routes to gain entry.

Obviously, other countries aren’t sending us their best, the Democrats sure seem to love them.

On an interesting side note, these “refugees” and “asylum seekers” fear for their lives. Yet, they are proudly marching behind their huge national flags. Wouldn’t it make more sense for them to wave American flags if they need us to save them? Yet, they seem loyal to their homelands.

These out of control mobs already destroyed property. Thus, we must consider them enemy invaders. Then Trump can deal with them with accordingly.