After reviewing all the evidence, I believe the Democrats plotted to take down Brett Kavanaugh.

The biggest indicator for me is the timing of everything. How Senator Dianne Feinstein held on to Christine Blasey Ford’s information until the last minute.

The victory of Donald Trump over Hillary Clinton, though it shocked the Democrats to their rotten cores, it awakened emotions absent for some time. The feeling of abject and utter DEFEAT.

So we have the current Russian Collusion witch hunt. As anybody sane might imagine, that farce has become laughing stock in DC circles. The plot against Trump netted more people with closer ties to the Clintons than anybody. Trump’s name is nowhere in any indictments, and one “conspirator” was fined $950. $17 million and counting, and no Russians in sight.

That strategy failed, Democrats shifted to even more Trump “satellites”, in this case Judge Brett Kavanaugh. The Democrats wanted anything Trump touched to go from gold to toxic.

In what may be the most vicious personal attack I’ve seen in my lifetime, Democrats went after Kavanaugh with unrelenting venomous strikes. Going back 36 years with the most heinous of allegations next to accusing the man of being a pedophile.

This video was posted on Twitter, and is said to depict Feinstein moments after reviewing the FBI documents.

As a taxpaying American, I’d really like to see these documents.

According to some sources, Feinstein may be the senator referenced in this graphic. 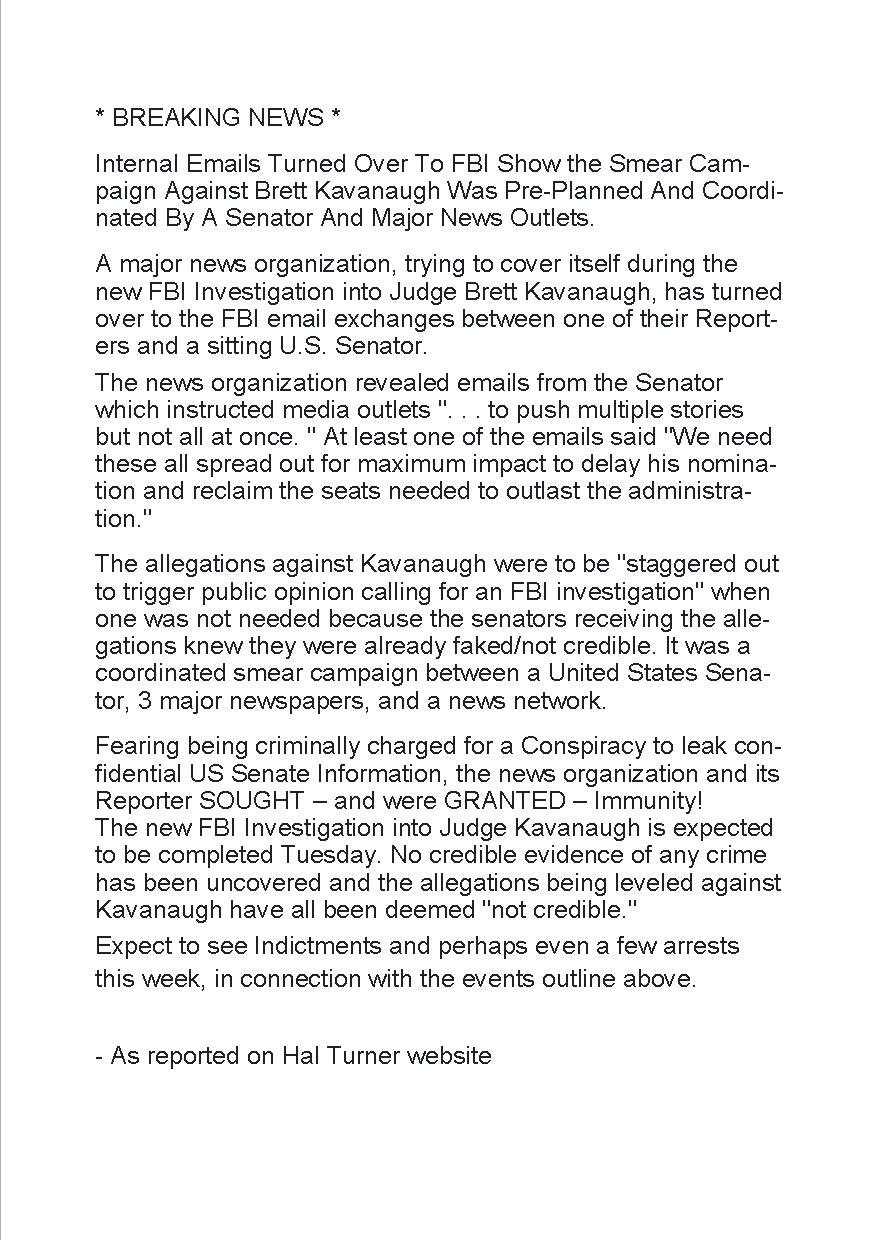 As we say with all stories, verify information for yourself.

Sadly however, this plot is highly plausible when involving Democrats.

And as I mentioned earlier, I have little doubt of a plot against Kavanaugh.

If this information is true, what should happen to Feinstein and other co-conspirators, including the “media”?

I certainly hope the last part of the document is real.

“Expect to see [sic] Indictments and perhaps even a few arrests this week, in connection with the events outline [sic] above.”