Black people have a surprise coming for Democrats in November.

While the media portrays President Trump as hated by blacks, this is yet another thing Leftists want Americans to believe.

I reported recently on a black man in DC wearing a MAGA hat. He wore this hat to a protest by Leftists in front of the Supreme Court building. Was he inspired by Kanye West, who wore his MAGA hat on TMZ and sparked a nationwide discussion?

Certainly he wasn’t inspired by the black man who was attacked for wearing his MAGA hat at The Cheesecake Factory.

Here’s how USA Today reported the incident back in May.

The Cheesecake Factory is apologizing after a report surfaced of a black man being harassed at a Miami store for wearing a “Make America Great Again” hat.

The incident occurred this past Sunday when Eugenior Joseph, 22, was seated at the restaurant. According to conservative news outlet The Daily Wire, it was then that “a woman who worked at the restaurant walked up to him and started pointing at his hat, signaling for the other employees to come over.”

According to the report, about a dozen employees then approached the table to comment on the hat, with some reportedly saying that they wanted to “punch Joseph in the face,” mocking and intimidating Joseph.

What a difference six months makes?!

The polling in the black community for Trump is light years ahead of any other Republican candidate. That migration to Trump represents a migration to Republicans. Democrat never envisioned Trump making such an impact. They figured tagging Trump as a racist would quell any potential black support.

Watch this video and you will see NO black people confronting Senator Kennedy.

This is what the U.S. Capitol was like today as I walked to the Senate floor for the vote on Judge Kavanaugh. pic.twitter.com/Xtmji8hpZF

What else could possibly happen between now and election time?

Well, blacks could be reminded of what false accusations can do to a person’s life.

Admittedly, my team might have had a little to do with this exodus. 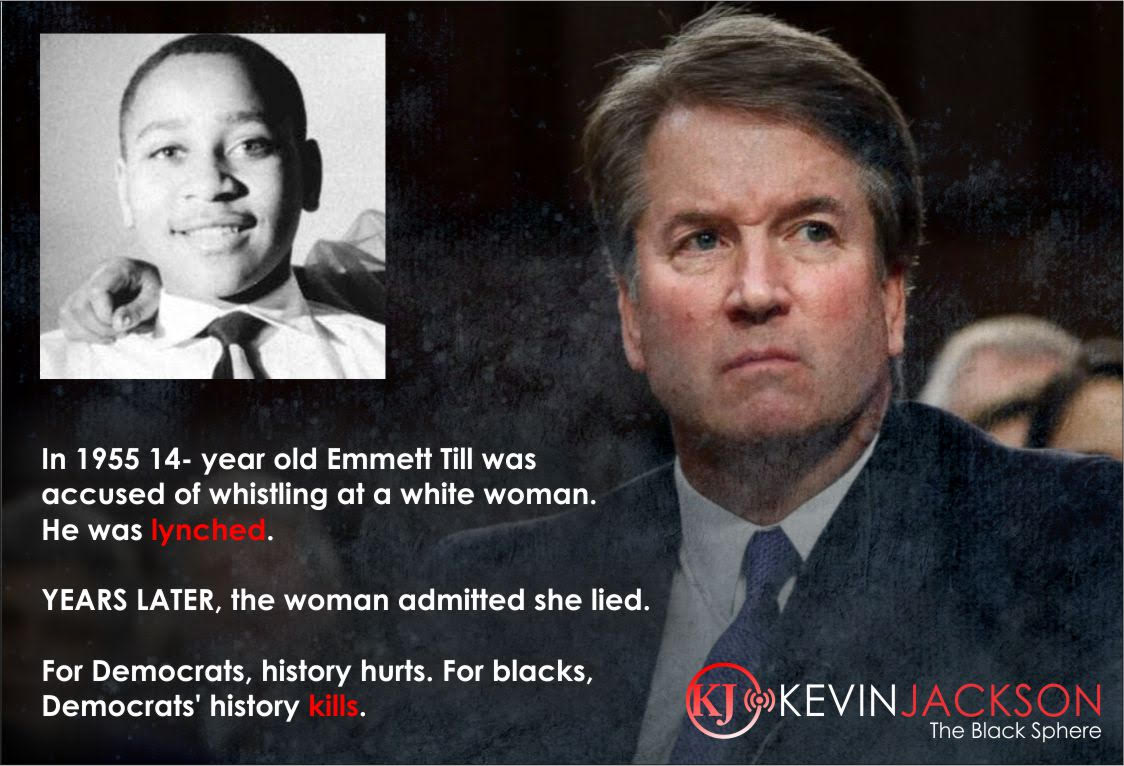 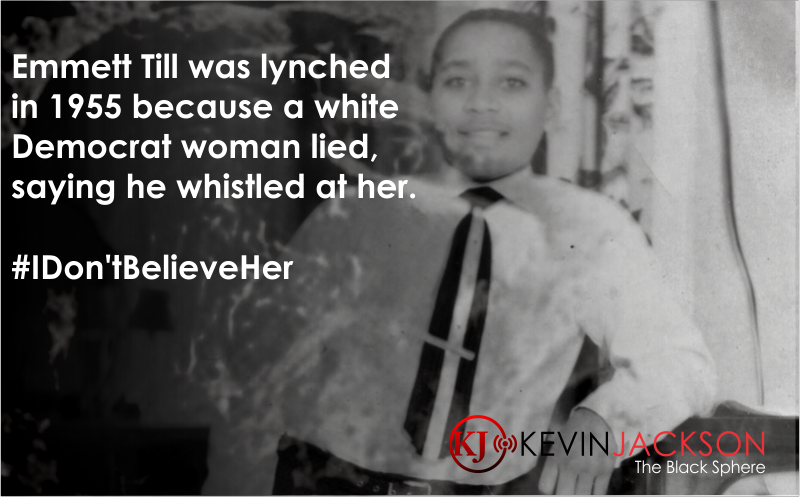 Groups like mine will continue to attract the black vote away from the Left.

My recent stance on the Democrats’ using drunk white girls to accuse an innocent man resonated with black men. Productions like those above reminded black men (and our families) of how devious and deadly Democrats truly are.

We posted stories of black men who lost their scholarships, and some believe their futures over the false accusations by women.

Simply put, the Kavanaugh witch hunt impacted the black community more than others. Further, the blatant lies about Kavanaugh exposed the Democrats, the media, as well as the #MeToo movement for what they are.

Many blacks contacted me in a variety of ways, saying what I did was honorable. They said “It took guts!”. Blacks didn’t see Kavanaugh as a partisan issue, but one that could impact all of us. The miscarriage of justice. What one well-place accusation could do to disrupt one’s life.

Democrats have taken blacks for granted for years. But the sand shifted under their feet two years ago. And over the next month, there will be no recovery. Thus, no October surprise. But there will be a surprise in November, when Republicans yet again but political tradition, and maintain control of the House and Senate.