Not one Democrat elected official denounced Louis Farrakhan’s speech against Americans and Jews. Not one.

This should speak volumes to the American people.

During his visit to Iran Sunday, ahead of the renewal of U.S. sanctions against regime, the Nation of Islam led a chant of “Death to America!”

He also led a chant of “Death to Israel!

Farrakhan called the United States “a big liar” and claimed “America has never been a democracy,” according to The Algemeiner, a Jewish community newspaper based in the U.S. They reported on Farrakhan’s visit, citing reports in the Iranian media.

“I understand how the enemies have plotted against the Iranian people and I would like to stay alongside you to stop their plots,” he asserted in a meeting with the Secretary of Iran’s Expediency Council Mohsen Rezaei in Tehran.

Here is video of @LouisFarrakhan in Iran saying “Death to Israel!” in Farsi with a smile on his face.pic.twitter.com/VFoosQUmTt

More from IRIB news outlet, whose report is available through Google Translate:

Farakhan warned that  Americans have always been plotting against Iran and are seeking to create an internal enemy in Iran.

“I understand how the enemies have plotted against the Iranian people and I would like to stay alongside you to stop their plots,” he asserted.

The American NOI leader further condemned the US President Donald Trump’s support for the Saudi Crown Prince Mohammad bin Salman in the case of Khashoggi murder, saying that Trump and his son in law have investments in Saudi Arabia.

He called for unity among all Muslims in the face of enemies’ plots, saying “Satan seeks to divide Muslims and wants them to kill each other, while God tells us in the Quran to be united.”

The American religious leader went on to condemn Americans’ policy to use others as an instrument to reach their own goals, noting that the Americans did not remain loyal to the promises they had made to the domestic Indians.

Of course, Donald Trump faced blame for putting the Iranian nation in trouble. Thus, Muslims need to unite and create a global movement. Further, black Americans are missing the mark, as they should be part of the Islamic Revolution.

…after the seizure of the US embassy in Tehran back in 1979, the late Leader Iran Ayatollah Khomeini ordered the immediate release of black Americans and the women among the captives, which meant that the Islamic Revolution saw no problem with the black people of America.

And yet he’s still got citizenship here.

We need to take away his passport and never let him back in. Farrakhan is a better fit in Iran.

The Trump Administration’s renewed sanctions against Iran are the result of the American withdrawal from the agreement negotiated by the Obama administration.

Last month, Farrakhan tweeted a video of a sermon in which he stated, “I’m not anti-Semite. I’m anti-termite.”

A reminder that @LouisFarrakhan tweeted out a video of himself saying “I’m not anti-Semite. I’m anti-termite.” just a couple weeks ago.https://t.co/IUKB4PapmK

This is the face of the Democrat party.

Since the left and their crooked media lapdogs suddenly take issue with the Jewish community, how do they explain the anti-Semitic language within their own party?

Leaders of the Women’s March, an anti-Trump organization aligned with the Democratic Party, are unapologetic about their ties to Farrakhan.

In 2005, the Congressional Black Caucus  met with the prominent anti-Semite. Then senator- Barack Obama interacted with Farrakhan and posed for a photograph with him.

To avoid damaging Obama’s political career, the photograph was deliberately suppressed until 2018. 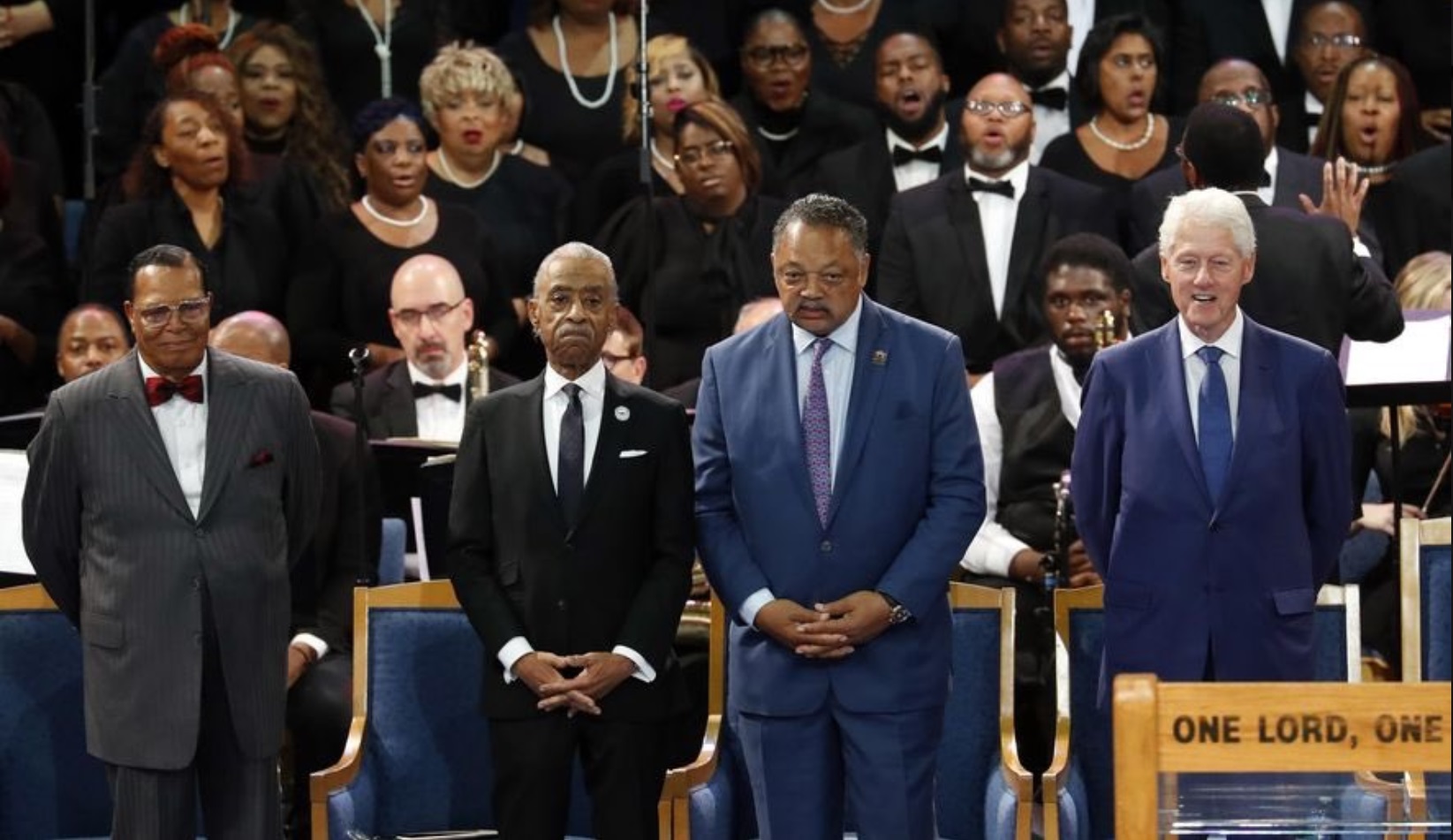 There’s an old saying that goes like this. When someone shows you who they are, believe them. Yet, we continually search for some form of humanity within our liberal counterparts. Time and again they condone the actions of people who clearly behave as America’s enemies. I would go on a hunger strike waiting on the left to condemn them. However, I’d die before they’d step up to the plate.