Update: Bill Kristol’s “The Weekly Standard” is the the new standard of anti-Trump failure

The magazine, founded in 1995, will shut down after its final issue is published Monday. Ryan McKibben the CEO of the magazine’s parent company Clarity Media. He informed staffers in an all-hands meeting on Friday morning,” according to The Wrap.

“The Weekly Standard has been hampered by many of the same challenges that countless other magazines and newspapers across the country have been wrestling with,” McKibben said.

“Despite investing significant resources into the publication, the financial performance of the publication over the last five years — with double-digit declines in its subscriber base all but one year since 2013 — made it clear that a decision had to be made,” he added. “After careful consideration of all possible options for its future, it became clear that this was the step we needed to take.”

As I wrote before:

The election of Donald Trump showcased the Conservative frauds in the Republican party.

People like George Will, Jonah Goldberg, and many others outed themselves as establishment politicos.

Despite Trump’s overwhelming support of the Conservative movement, these establishment “Republicans” were pissed off that Trump circumvented the system. Trump did what few others accomplished, as he leap-frogged all the other Republicans.

The Republican pecking order had been in place for decades. Each of these pompous morons feeding off the other. Writing their articles and providing counsel that kept Republicans losing elections for decades.

As Democrats gained in all areas, Republicanism was deemed racist, sexist, homophobic, xenophobic, and about everything else.

They trust their theoretical most important possession to Conservatism.

But circumventing the system and bringing real conservatism to politics was only part of the problem the establishment Republicans had with Trump.

What really put crabs in their crotches is Trump gave voice to ordinary Americans.

How dare he prove the so-called Conservative intelligentsia to be simply inbred establishment buffoons. And there were few better examples than Bill Kristol. 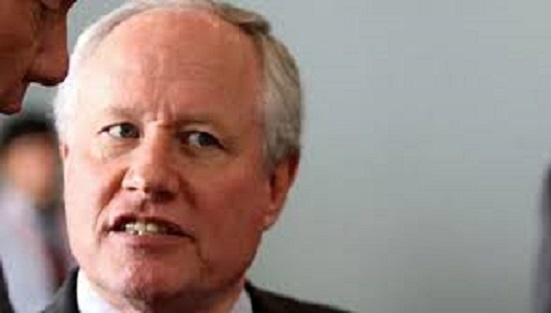 According to a piece in American Greatness that is not the case.

“[W]e have learned learned that one of Kristol’s benefactors is progressive billionaire Pierre Omidyar, the co-founder of eBay,” Kelly wrote. “Omidyar has directed millions of dollars to a variety of progressive causes and political candidates: he and wife “have have given more than $500,000 to federal candidates and groups—nearly all of them Democrats—since 1999,” including six-figure donations to the Democratic senate and congressional campaign committees.”

“Commercials attacking the acting attorney general were aired on several Sunday morning political shows,” Kelly wrote, adding that Kristol’s group is “pimping for the Mueller probe, a political witch-hunt that Kristol and his fellow NeverTrumpers pray will lead to the impeachment and removal of the president.”

Now most of these clowns should have gone away by now, particularly given Trump’s track record. Trump accomplishes what other presidents have only given lip service.

Without replaying Trump’s stellar two-year record, suffice it to say Trump has addressed the Republican agenda better than any president in modern history.

Don’t expect Kristol to get any sanity and suddenly support Trump; he’s too far gone. His life’s work accomplishing exactly nothing has been interrupted.

But don’t let Kristol’s meaningless life as a faux Republican stop him from his continued quest for the meaning of nothingness.

Thus, he continues his attacks on President Trump. That’s what the butt-hurt faux Conservatives resort to in order to try to get back on top.

Kristol and his ilk are old news.

Now that Trump outed them, their careers look like black lung. The lot of them hack up “old school” talking points, as the world doesn’t even bother to look in the rearview mirror.

Bill Kristol has all the relevance of a flip phone. You see them occasionally and snicker at the old farts stuck in the 20th century.

Kristol’s acceptance of funding from a Leftists in order to target Whitaker shows who he really is. He can be bought. And what makes it worse is, he can be bought by the other side.

Who knows what will happen with Whitaker, as the Left begin their all out assault. I hope he can weather the storm. One has to figure, if the Left now enlists the help of Kristol, they are desperate.