How will the media spin the death of a Trump administration member?

We know how the Left creates trouble when a member of the Trump administration leaves, but what about when they die?

I’m sure they will figure out how to make it Trump’s fault. Regardless, we learned from the The Washington Examiner about the death of Daniel Best:

“It is with tremendous sadness that I learned of the passing of our friend and colleague,” HHS Secretary Alex Azar said in a statement. “I had the great privilege to know Dan Best for the past decade. He joined me here at HHS out of a desire to serve the American people by making healthcare more affordable. He brought his deep expertise and passion to this task with great humility and collegiality. All of us who served with Dan at HHS and in the administration mourn his passing and extend our thoughts and prayers to his wife Lisa and the entire Best family at this difficult time.”

The administration did not disclose a cause of death, and HHS said it did not have any additional comments.

Best, a former CVS executive, joined HHS in March 2018 to work on drug pricing policies. He served as the corporate vice president of industry relations for CVS Health’s Medicare Part D business, and before that was at Pfizer Pharmaceuticals for 12 years.

Best was young for DC at 49-years old at the time of his death.

Cleveland.com reported the following about his work.

In a September speech before a pharmacy industry group, Best discussed lowering costs, making it easier for generics and biosimilar drugs to enter the market and rethinking drug rebate programs that drive up prices.

“Today, in the marketplace, everybody except the patient wins when price goes up,” said Best.

Best grew up in the Erie, Pennsylvania area and graduated from the University of Dayton, his brother, Tim, told GoErie.com.

His death comes a week after President Donald Trump announced a new drug pricing initiative that would allow Medicare to determine the price it pays for some drugs, based on the cheaper prices charged for the drugs in other countries. Trump said drugs in the United States frequently cost many times more than they do abroad.

“At long last, the drug companies and foreign countries will be held accountable for how they rigged the system against American consumers,” Trump said.

My bet is Best was very good at his job and will be missed by the Trump team. Best likely replaced some “political appointee” who received a favor from some Trump administration politico. But drug pricing (gouging) is an area the president wanted addressed effectively.

Below are graphics of a list of people who left the Trump administration. 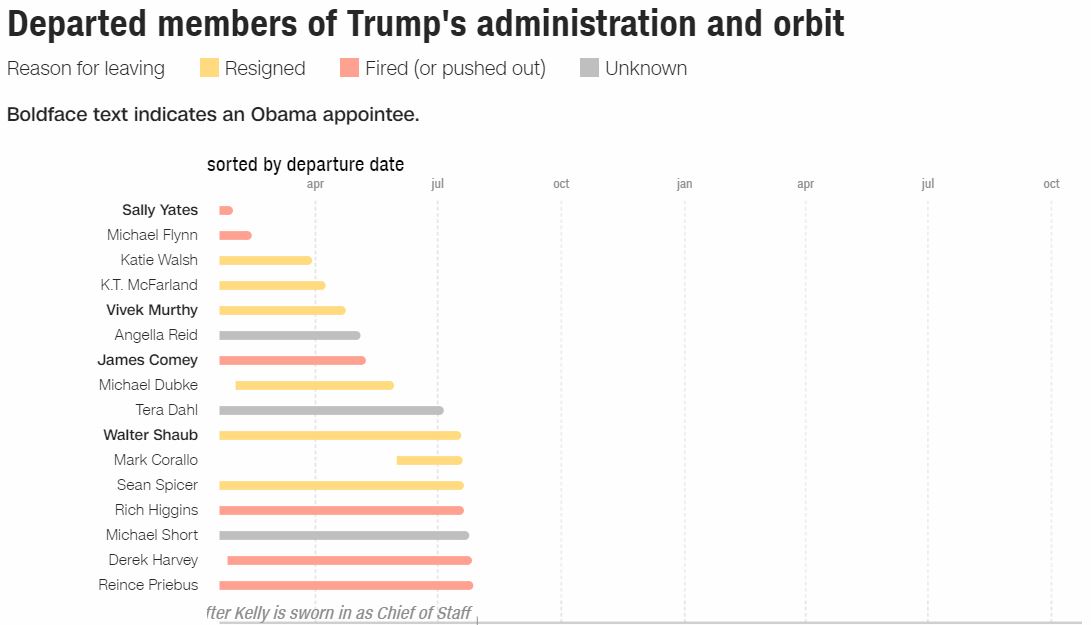 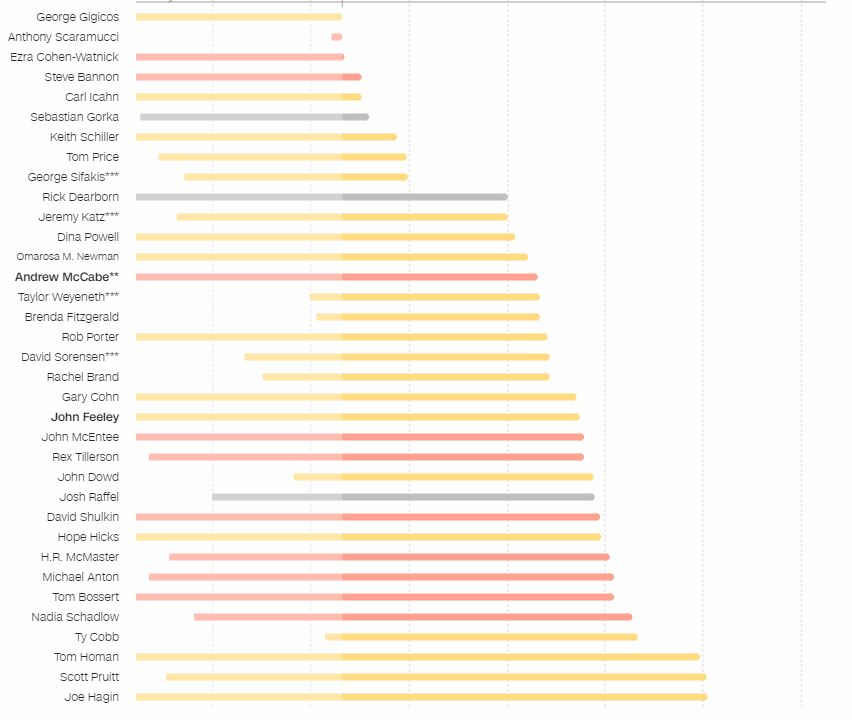 Keep in mind there are many Obama holdovers who were eventually fired or saw the writing on the wall and “retired”.