A new study exposes the patronizing racists known as Democrats.

As it turns out, Democrats intentionally dumb-down their language when speaking to black audiences.

I’m sure Democrats find this necessary, given the level of intellect Democrats have allowed in black Leftist culture.

If there is any group that provides a reptilian response to politics, it’s blacks. Democrats know how to rile black people up over non-issues. And Democrats as so good at it, black Leftists support Democrats to their personal detriment.

Check out the results of the Yale Insights research by assistant professor of organizational behavior, Cydney Dupree.

Approximately half were addressed to mostly-minority audiences. These events were for  Hispanic small businesses round-table discussions, or they were held at black churches, to cite a few examples. 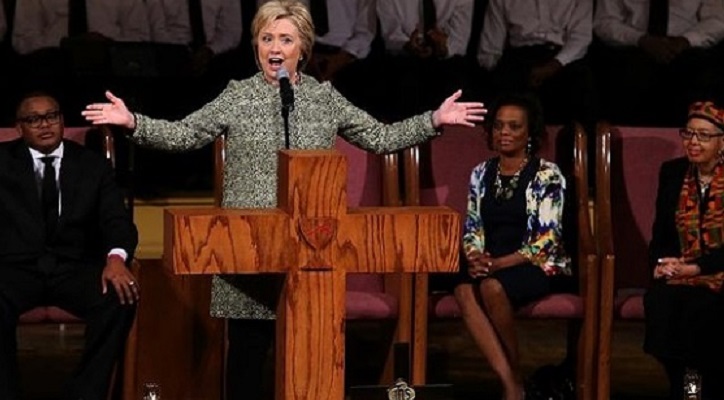 Next, the researchers analyzed the text of these speeches for two measures: words related to competence. Competence represented in word choices related to ability or status, such as “assertive” or “competitive”. Then they looked at words related to warmth, noting words  about friendliness, like “supportive” and “compassionate”.

The results showed the researchers that when it came to speeches, Democrats approach black audiences “warmly,” as opposed to “competently”. Thus, they wrote two different types of speeches; one that panders and one that informs.

Republican politicians were not as guilty, but not for the reasons you might think.

While Republicans pander far less than Democrats, and certainly in the black community, the big issue for the disparity is Republicans don’t speak to black audiences much.

I suspect Republicans would fare better overall. But as the survey suggests, not by much.  And this exposes a glaring problem.

Black Leftists detest the outcome of things for blacks, given their overwhelming support of Democrats. But Republicans won’t do the necessary outreach to get the black vote.

One thing is for certain, and that is the Democrats won’t change what they are doing for two reasons.

One, it works. And two, until somebody offers a better alternative, black Leftists will allow the abuse to continue.