I’d like to see a new Special Counsel appointed over the Clinton email scandal. Because if that happens, America will see a perp walk that will make the Jan 21, 2011 Mafia bust look like a sleepover.

Federal agents in New York pulled off the biggest one-day Mafia roundup in US history yesterday, simultaneously bringing the hammer down on more than 120 reputed wiseguys — a takedown so enormous it required a Brooklyn Army fort to book them all.

The mob-crippling wave of arrests — for crimes including murder, racketeering, drug-dealing, union extortion, robbery and loan-sharking — targeted members of every one of the notorious Five Families of New York, as well as New Jersey’s DeCavalcante crew and the Patriarca clan that lords over New England.

But the latest information on the collusion between the Clinton campaign and the Obama-era FBI would make the most ruthless Mafiosos blush. 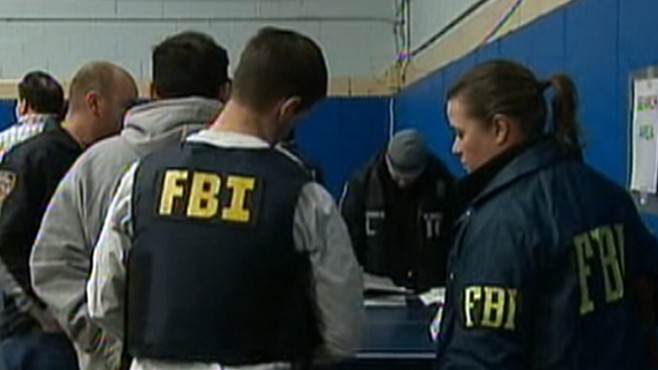 The trove of documents turned over by the FBI, in response to a lawsuit by the transparency group Judicial Watch, also included discussions by former FBI lawyer Lisa Page concerning a potential quid pro quo between the State Department and the FBI — in which the FBI would agree to downgrade the classification level of a Clinton email in exchange for more legal attache positions that would benefit the agency abroad. There was no indication such a quid pro quo ever took place.

An idiot knows what happened here. Obviously the Clinton campaign worked in conjunction with the FBI.

Recall during the time of the newly discovered emails on disgraced Democrat Congressman Anthony Weiner’s laptop the FBI claimed to have reviewed over 700,000 emails they fast-tracked due to the election?

When you consider that the FBI combed over Hillary Clinton’s “secret server” 33,000 lost emails for months, clearly this “investigation” didn’t pass the smell test. How does it take months to look over 33,000 emails, and less than a couple of weeks to look over 700,000?

Can you imagine what would be discovered about the partnership of the FBI and the Clintons if the crooked Comey-led FBI had turned over the Weiner evidence to real law enforcement?

However, because Democrats fought for their political lives as they attempted to shoe-horn fat ass Hillary Clinton into the Oval Office, they happily accepted the findings. And the cover-up began.

“It is big news that, just days before the presidential election, Hillary Clinton’s personal lawyer pressured the top lawyer for the FBI on the infamous Weiner laptop emails,” Judicial Watch President Tom Fitton said in a statement. “These documents further underscore that the fix was in for Hillary Clinton. When will the Justice Department and FBI finally do an honest investigation of the Clinton email scandal?”

Let’s see how the new AG handles the new evidence.

I’m not sure how one can ignore this.

If I were to counsel with the president, I suggest that rule of law is actually more important to his base than the border wall. And that’s saying something. Let’s hope he can apply enough pressure that Americans get to see just how corrupt Comey and his minions are.

We may have arrived at the point where the Deep State can’t cover for their swamp rats, as the water line is too low. We know these vermin exists. Now many will see the light of day.