It looks like Virginia citizens are caught in a catch 22. If their Governor steps down, they’ll rid themselves of a racist, but they could be left with a rapist instead.

Yikes, this looks like a case of voter’s remorse. Maybe it’s time to get off the left side of the aisle.

As we previously explained,

Not only would this bill sanction abortion on demand through the third trimester and eliminate requirements that these procedures be performed by doctors in appropriate medical facilities, it would also remove Virginia’s informed-consent, ultrasound and 24-hour waiting period policies.

And as if this isn’t horrible enough on its own, Northam decided to add insult to injury with this statement:

Honestly, I can’t begin to understand why babies in this predicament aren’t just delivered and offered for adoption. It’s sickening to hear this man defend such a barbaric practice. Obviously, this isn’t even an abortion, this scenario is an act of infanticide, plain and simple.

And apparently, I’m not the only one disgusted by his opinions. After hearing his interview, and old classmate decided to sound the alerts with an old yearbook photo. 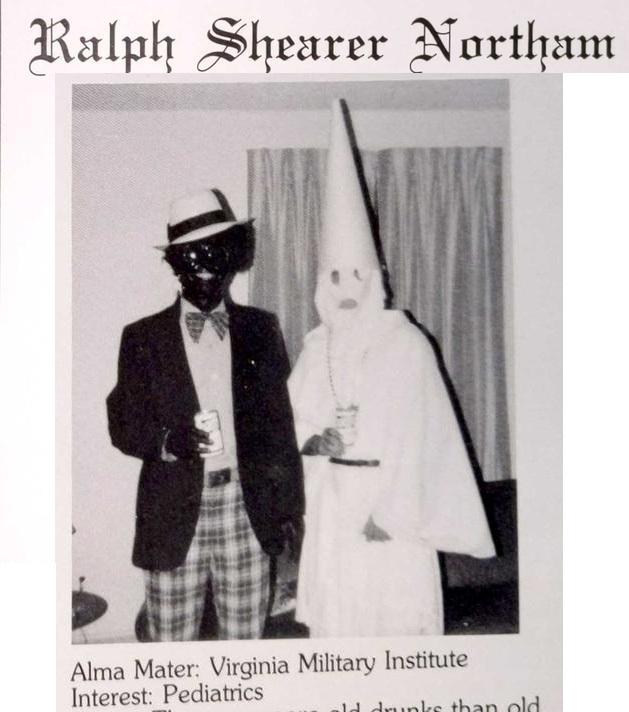 Thus, pictures were released showing Northam’s yearbook page- featuring one man dressed as a Klansman and Northam in blackface.

Honestly, this was probably all in good fun, but as Kevin Jackson pointed out, Democrats have a real quandary on their hands.

If they ignore the racist photo, liberals once again highlight the leftist hypocrisy.

Imagine if this was a picture of Trump. There wouldn’t be time to impeach him, as he would be hanged on the West Lawn.

So, now dems must accept the facts. They elected a racist in their crooked election. And now they’re calling for Northam’s resignation. (Although he’s yet to agree to step down.)

Even if they’re able to get rid of Northam, dems are still in hot water. Because the man who would take his place is an accused rapist. Virginia Lt. Governor Justin Fairfax faces his own backlash centered around a sexual assault.

According to Big League Politics

A woman named Vanessa Tyson had accused Fairfax of sexually assaulting her at the 2004 Democratic National Convention in Boston.

Tyson is identified as a fellow at Stanford University. She recently shared her allegation against Fairfax in a private Facebook post to a friend, according to Big League Politics. The outlet said it had obtained that post with Tyson’s permission.

The Post responded to Fairfax’s statement in an article Monday, confirming that it had been contacted by a woman who accused Fairfax of sexually assaulting her in 2004. The paper said she reached out just prior to Fairfax’s inauguration in 2018 and that it hadn’t been able to corroborate either Fairfax’s or the woman’s account.

But the Post said it did not find “significant red flags and inconsistencies within the allegations,” as Fairfax’s statement claims.

The woman, who the Post did not name, reportedly accused Fairfax of sexually assaulting her in his hotel room after he asked if she would accompany him to the room to pick up some papers. She said what began as consensual kissing ended with her being forced to perform oral sex on him. She said she never told anyone about what happened until approaching the Post about it.

Again, can leftists turn a blind eye to those accusations? Because dems held proof that Kavanaugh was innocent, yet they continued to crucify him in the public eye. To do any less for one of their own is just another form of the liberal hypocrisy.