If I had to use just one word to describe the freshman Congresswomen, Alexandria Ocasio-Cortez, I’d choose inspired.

As in, “AOC inspired more than a thousand new internet memes this week alone.”

Honestly, I didn’t think I’d stumble upon a story more bizarre than when we learned AOC is just a puppet for the Justice Democrats.

Of course, that discovery explains her repeated failure to utter anything even partially intelligent.

Still, I never expected to see AOC blatantly attack one of her own. But that’s exactly what unfolded today.

One of Rep. Alexandria Ocasio-Cortez’s, D-N.Y., tweets seemed to backfire on Thursday when she tried attacking Republicans over a picture of a politician stood next to a cardboard cutout of her.

“GOP: Let’s pose our older male members next to cardboard cutouts of young female legislators,” she tweeted. Her tweet included a post from the Republican Party of Kentucky. However, the politician pictured was Democratic Rep. John Yarmuth, Ky., not a Republican as she claimed.

“It literally says in the tweet that she is quoting that Yarmuth is a Democrat,” writer Ryan Saavedra tweeted.

“1st grade readers are in fact the worst,” Matt Whitlock, a senior advisor to the National Republican Senatorial Committee, tweeted. He was knocking Ocasio-Cortez for one of her earlier tweets in which she called pundits “first graders” for apparently misinterpreting her comments on voting rights for prisoners.

Know the Players, Know the Game

It seems AOC isn’t well apprised of either one.

This wasn’t the first time the freshman congresswoman appeared to mix up her political parties. While appearing in a video with Sen. Bernie Sanders, I-Vt., she enthusiastically declared that she would turn a Kansas house seat “red” — the color often representing the Republican Party.

In 2018, she also faced criticism after she suggested that the government could pay for a large portion of Medicare-for-all by transferring “$21 trillion” in Pentagon “financial transactions” — a claim that fact checkers disputed.

Sadly, these aren’t her only blunders. Last month AOC blamed “white men” for her drastic drop in popularity. And the month before that, she apologized for being a woman, who- get this- identifies as a woman! Apparently, it’s the latest form of privilege we carry around.

In other nonsensical ramblings, AOC suggested between student loans and climate change, it’s no longer a good idea to procreate. Of course, if she’s decided it’s not a good idea to pass on her special brand of stupidity, she might finally be onto something positive.

I’m a firm believer that every cloud comes with a silver lining, even when it can be hard to identify. But with AOC, the silver lining is easy to spot. She’s entertaining the masses every time she has a thought.

In fact, some of our favorite memes poke at the many blunders from AOC.

Take these for example: 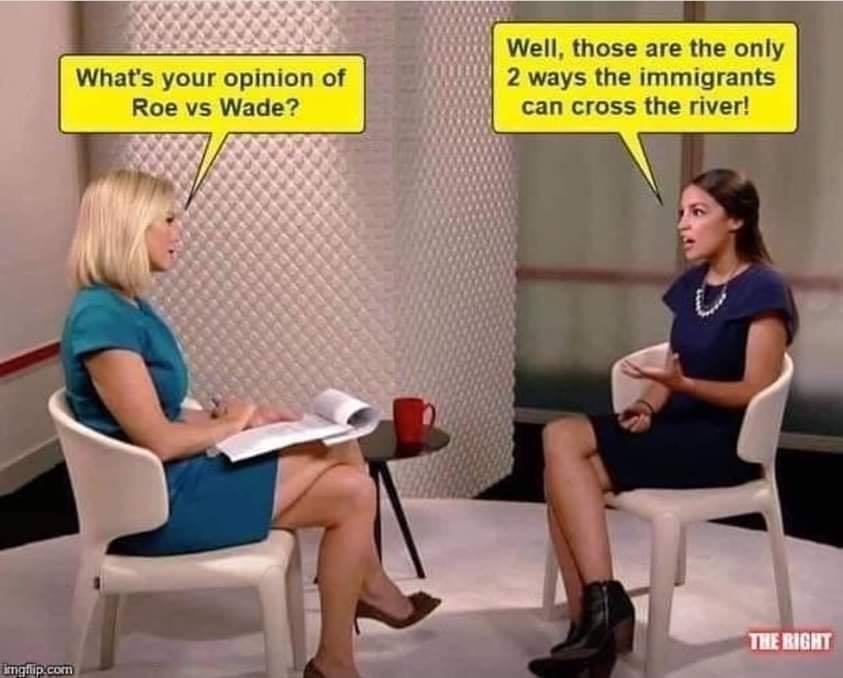 Here’s one to state the obvious. 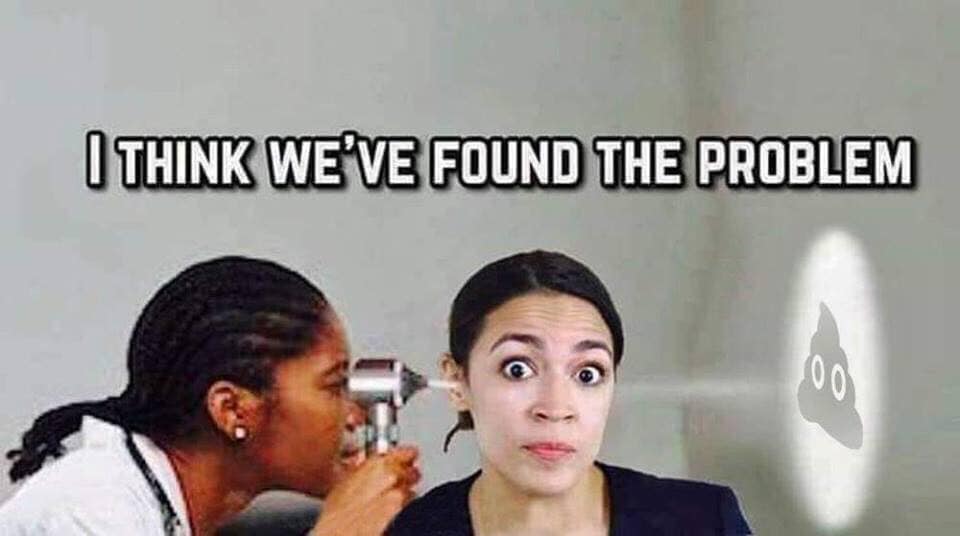 Sadly, I think there may be quite a bit of truth to this one. I can’t imagine AOC will make it through another election cycle. 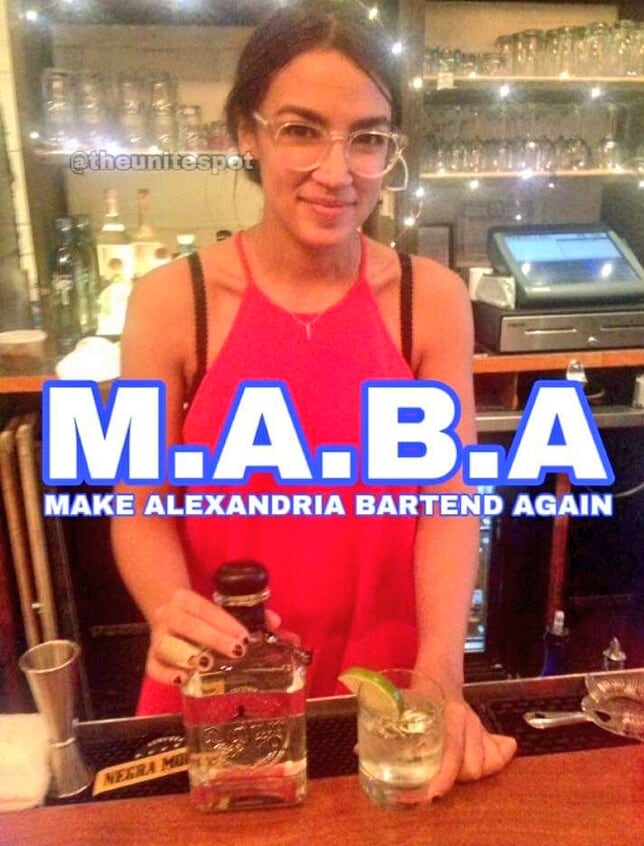 Honestly, I can’t tell you how many times I’ve wondered if she’s on drugs. Surely, no one is this stupid naturally.

I’m afraid her Tweets alone inspired this one.

And we can’t ignore her famed “Green New Deal.” 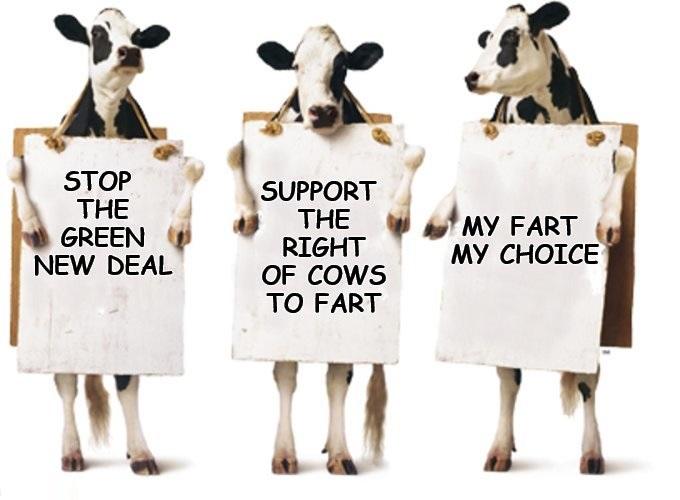 Clearly, AOC illustrates the drastic changes among the Democrat Party. 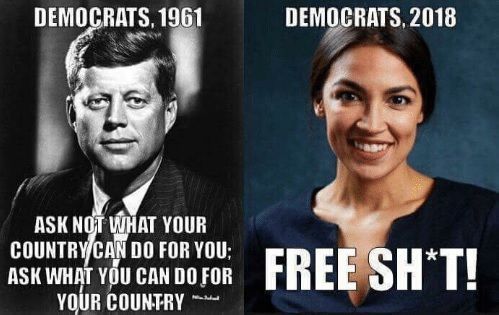 But my personal favorite has to be this one, at least until next week, when the internet Gods unleash a hundred new AOC commentaries. 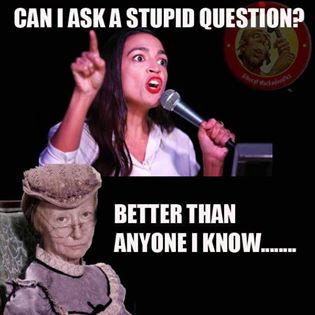