The creativity of Conservatives never ceases to amaze me. We just don’t do a good job of getting the word out.

While Leftists comedy hacks pretend to that Trump is the bad guy, we know the truth. So I love it when we turn our humor on them.

Below are various graphics dedicated to mocking the real MORONS in America: Leftists. Most of these are dedicated to the Mueller Report.

We begin with a theme from Goodfellas. Classic movie, classic mock! 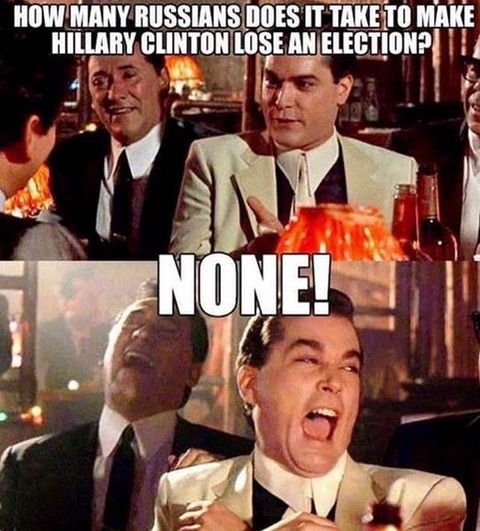 Next, we get “Liberal Tears”.

Just look at the flooding! 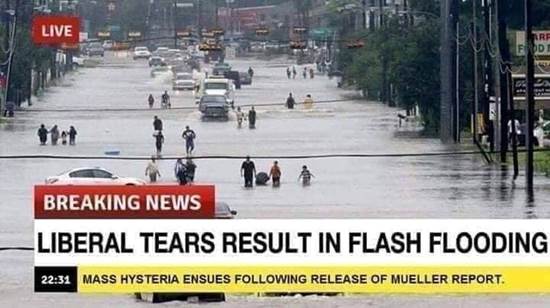 Who knows what she was really pretending to cry about, but the release of the Mueller Report ranks up there with her episode on Trump’s taxes. 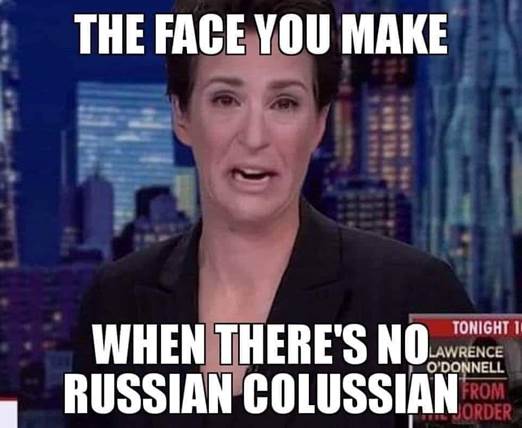 Flashback to Maddow “exposing” that Trump paid MILLIONS in taxes. Check out how she vamps, trying to protect the audience from “Al Capone’s” vault, ergo NOTHING!

Back to the Mueller Report memes.

The next meme is dedicated to Pelosi. Somebody cleverly gave the Democrats another potential “collusion” story. 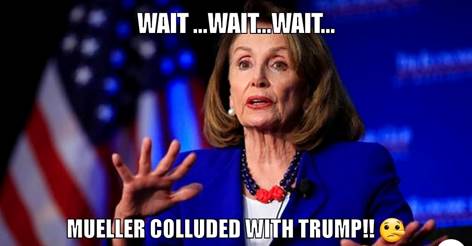 But let’s not forget, Pelosi was counting on Mueller. 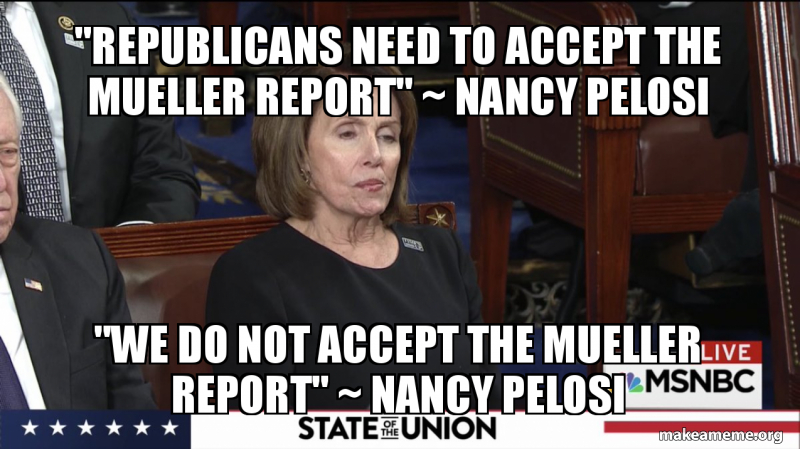 And then there is another possibility I doubt few people even considered.

Mueller is a RUSSIAN MOLE! 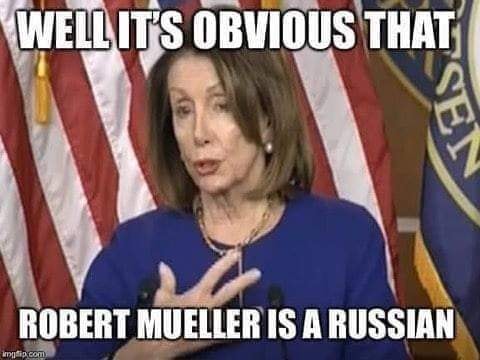 There is another off-topic consideration of Mueller.

Is he Luke Wilson’s FATHER?! 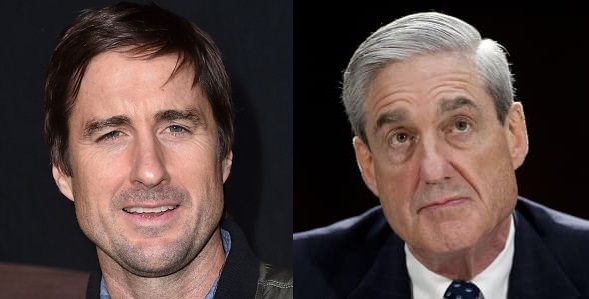 And speaking of daddies… 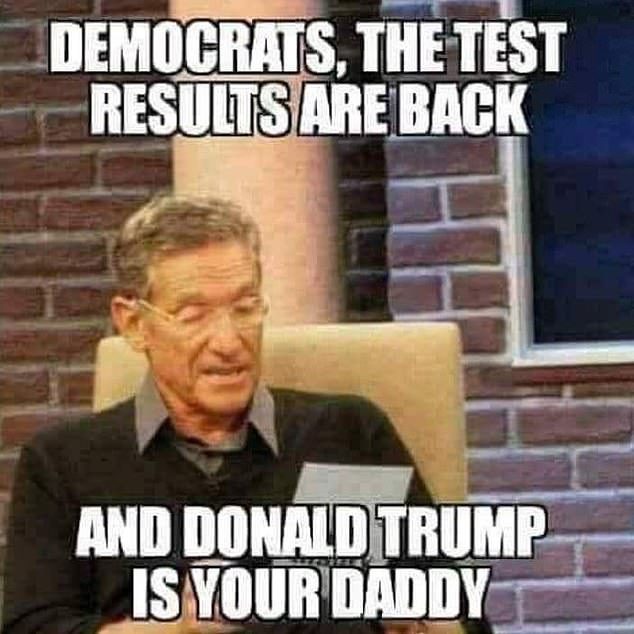 One intuitive thinker believes he knows the origin of the Russian collusion theory. OR as the graphic suggests, where Leftists can stick it. 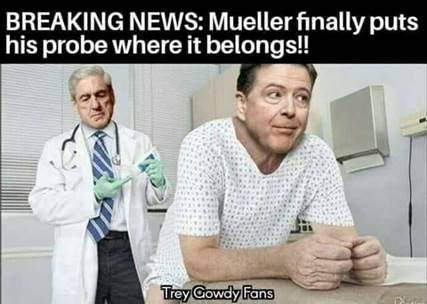 Here’s one of my favorites. Because it reminds me of how Clinton supporters look on election night 2016.

Listen carefully to the sound of “whining”! 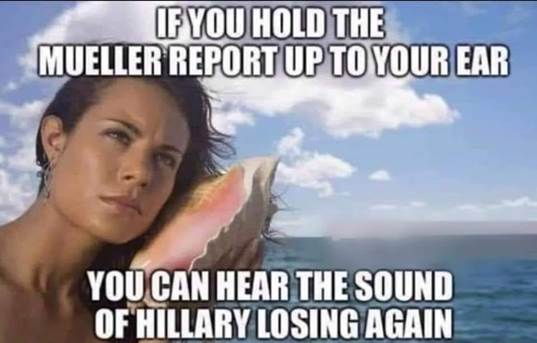 How about a graphic that really cuts to the chase?!

Two years and $30 million later for Robert Mueller to serve Democrats a “nothing burger”. Understand that we all knew this was the case, but Leftists didn’t listen. 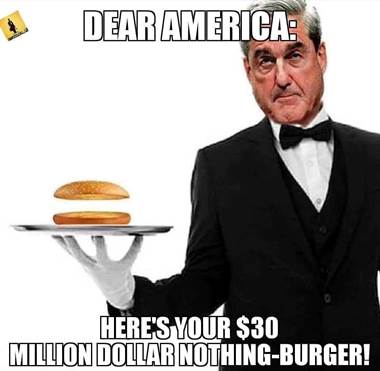 And how about when Conservatives mix lame ideas to come up with jewels.

Such is the case where the creator of this meme mixed the ban on plastic straws with what the Mueller Report gave Democrats: no hope! 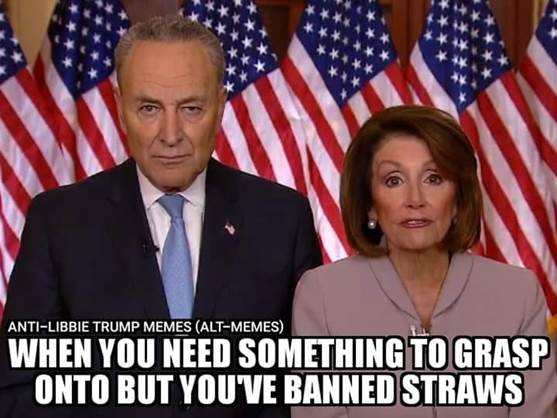 In a take-off of an earlier meme, where the creator offered that Mueller IS Russian. This clever person decided to go more conspiratorial. 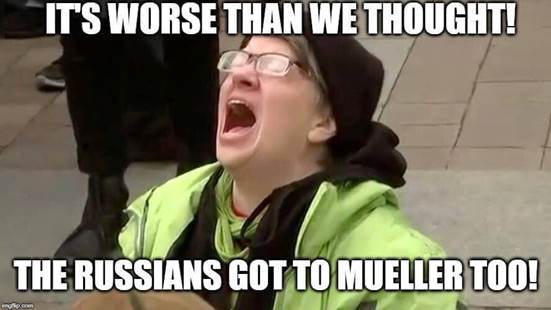 The next meme points to the futility of the Democrats.

Now America knows that the Democrats have no bounds in targeting Trump. Recently Schiff all but admitted that Trump was innocent. So he then declared that Trump should be targeted because he’s “not patriotic”.

No wonder somebody created this meme. 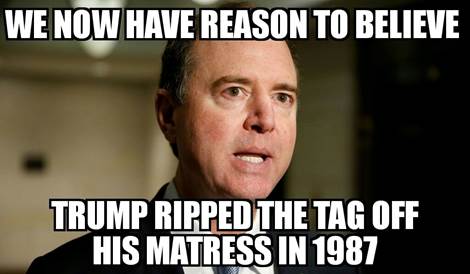 In what is sure to please those who watched Scooby Doo as children, in this meme Mueller reveals the real culprit.

I love that this meme fits the reality of the Russian collusion narrative. 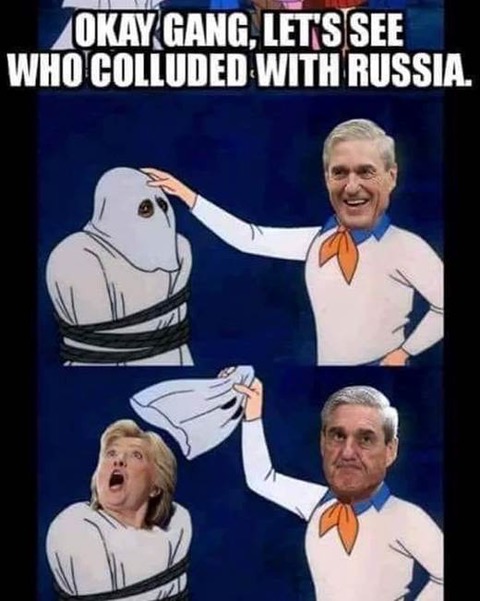 Next, we get a meme that sums up what the Democrats don’t want America to know.

And what a take on their overworked saying, “a threat to our democracy”. It’s a Constitutional Republic, Democrats! 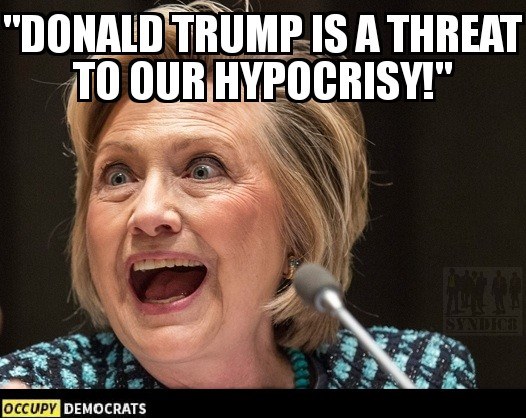 Finally one from our own staff. 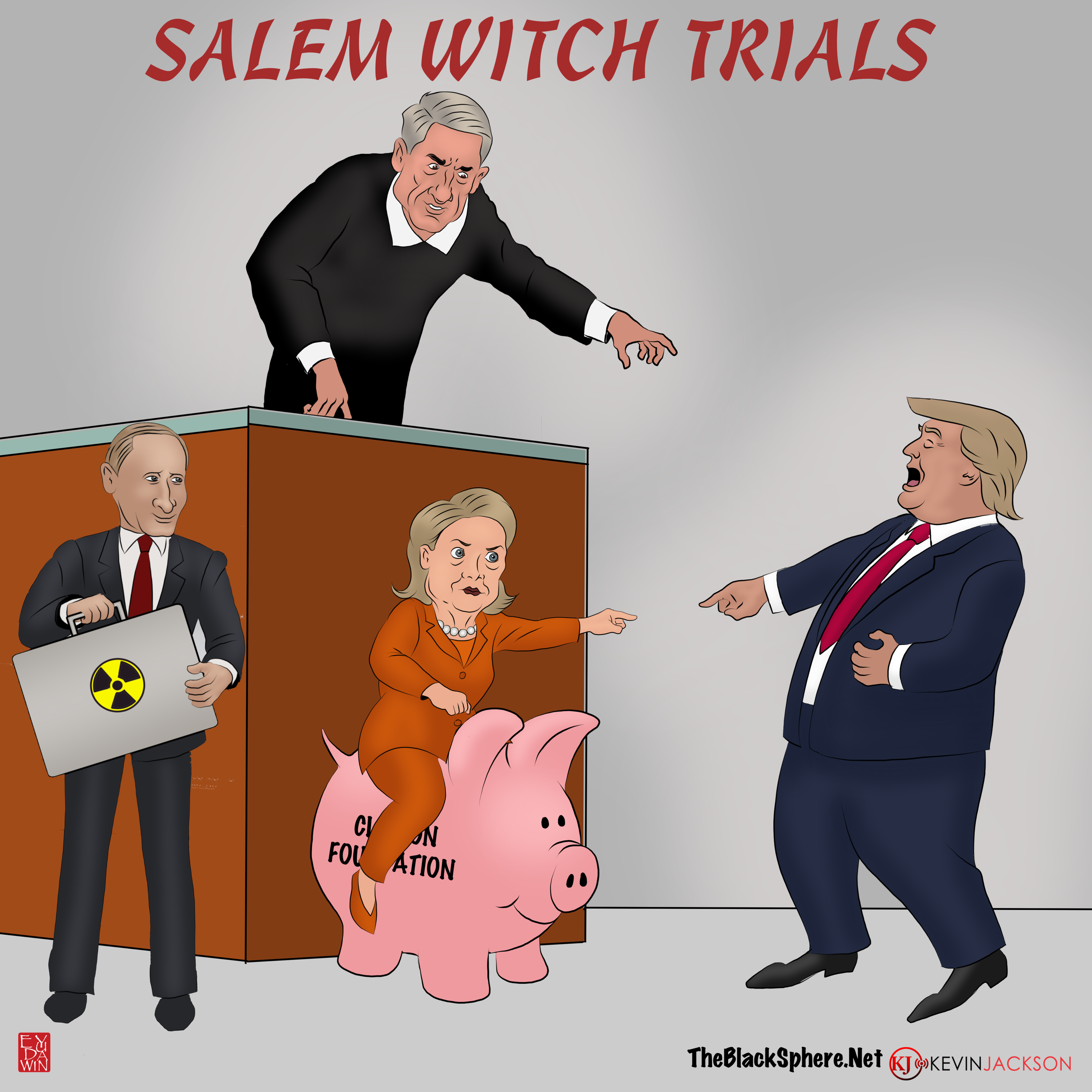