If Democrats believe Kamala Harris to be a serious presidential candidate, then I suggest they watch this video.

Paulina has many reasons to feel unrepresented by Harris. Before I get into that, let’s take a look at the numbers.

The state’s $2.6 trillion GDP makes it larger than most countries. In fact, if California stood alone, it would be the 8th largest country in the world. Further, California only has a population of just over 39 million. That puts California #2 in GDP Per Capita behind only the entirety of the United States.

What has all that wealth gotten California?

California is 26th in education, mostly due to the invasion of illegals. Who would want to subject their child(ren) to such an education system. No surprise that California falls each year in education ranking, directly in proportion to the invading horde of mostly Mexicans. 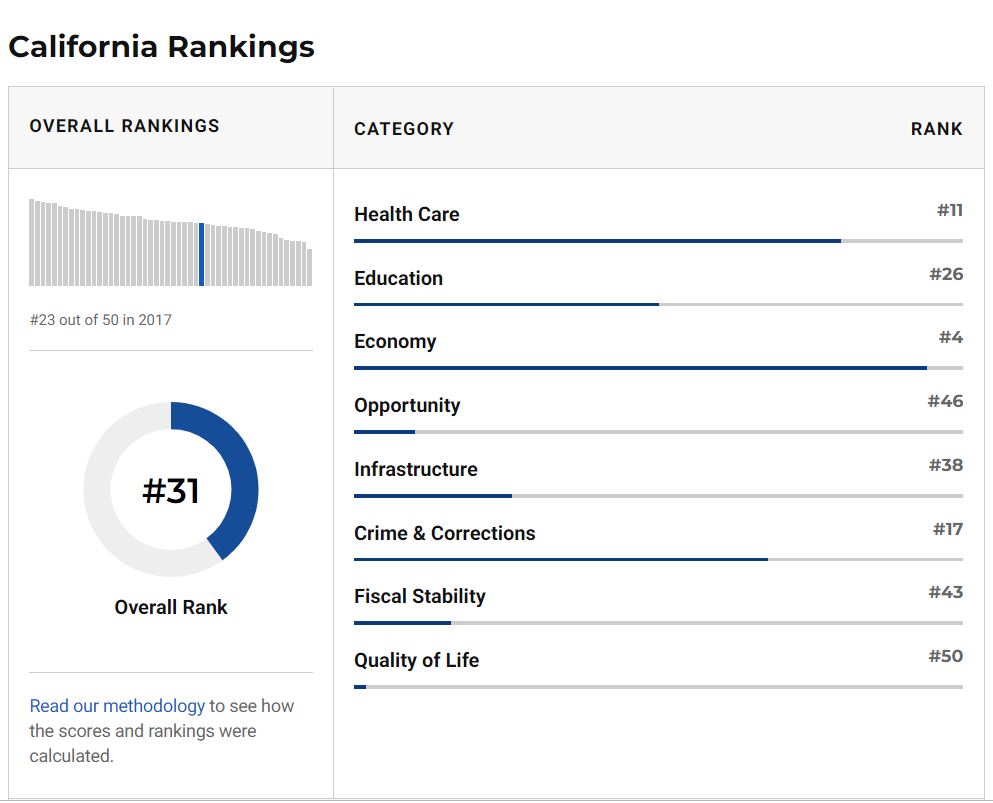 California holds the distinction of being 17th in crime.

Again, the crime rate is so bad in California, they actually pay to send miscreants on taxpayer-funded education. Also, California now declares crimes under $750 as misdemeanors, not worthy of police involvement.

While you get no penalty for knowingly giving someone HIV, you can be arrested for “misgendering” a person.

New data from the U.S. Census Bureau’s supplemental poverty measure shows roughly 7.5 million Californians — about 19 percent of the state population — live in poverty. California is one of the three states tied for highest poverty rate, alongside Florida and Louisiana. The poverty rate is 14 percent for the U.S.

The supplemental poverty measure takes into account factors such as the cost of housing and health care. Under the Census’ standard poverty measure, which is based strictly on income, California’s poverty rate is 13.4 percent, closer to the national average of 12.9 percent.

Sara Kimberlin, senior policy analyst at the nonprofit California Budget and Policy Center, said the supplemental rate is a more accurate measure because the cost of living is so different from state to state.

Back to Kamala Harris.

Dodging questions might have worked for Obama, but it won’t work for Harris. And while that should disturb Democrats looking for a savior, the confrontation at the airport offers a glimpse into a bigger problem for Democrats. Attendance.

Where is Harris’ throng of supporters? A couple of friends greeted her, but that’s it. Now imagine if President Trump landed at that same airport. He would be greeted by hundreds of followers and admirers.

Ask how any Democrat candidate would have done and you get the same answer. Just “Ok.”.

Meanwhile in Wisconsin, President Trump spoke recently to a crowd of tens of thousands. And he commands such crowds anywhere he appears. I dare Democrats to give me their equivalent.