A not-so-proud moment for Democrats came in discovering of one of their first known race frauds, Rachel Dolezal.

If you don’t know much about the former NAACP President, Rachel Dolezal was a blue-eyed blonde-haired Caucasian at birth. But for more than 6 years, she lived as a black woman complete with a faux tan and faux ‘fro. 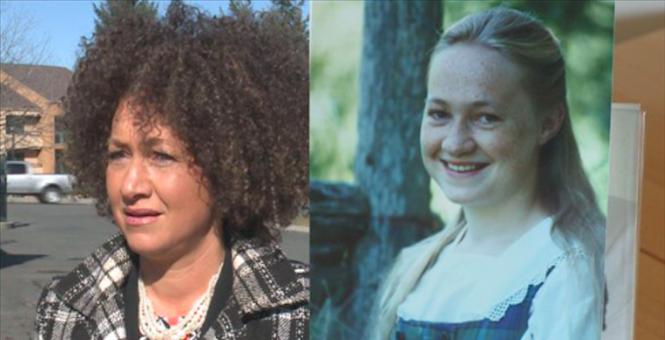 She repeatedly lied about being the victim of “hate crimes” over the years. When pressed, Dolezal failed to produce evidence to substantiate her claims.

Then her parents outed her as white in 2015. She swiftly lost her positions and credibility. Dolezal was shocked that losing her job was only the beginning. Eventually, authorities pressed charged against her.

Now, according to NBC News , Dolezal finally received her punishment:

Rachel Dolezal, who changed her name to Nkechi Diallo two years ago, was charged with two felonies last May.

Investigators alleged she failed to report tens of thousands of dollars in income from her memoir, “In Full Color: Finding My Place in a Black and White World,” and other sources, so she could collect $8,847 in food and child care assistance from the state.

The Spokesman-Review reported Friday that Diallo entered into the agreement with prosecutors March 25 in Spokane County Superior Court to repay the money and complete 120 hours of community service to avoid a trial.

“I think that this is a fair resolution of the case,” her attorney, Bevan Maxey, said Thursday. “I don’t think it was Ms. Diallo’s intent to defraud anyone. I think this will allow her to move forward in her life.”

I think a much more fair resolution of the case revolves around Dolezal, as she showcases how far Democrats willingly go to further their lies.

As her lies unfolded, Leftists began coming up with crazy ways to explain her behavior. Suddenly, people could declare what color they were. Just because one was born biologically white didn’t mean you must stay that way.

Elizabeth Warren tried to same act, as most people know. While Warren didn’t end up on welfare, she ruined her presidential chances, going from “slim to none” to “snowball’s chance in Hell.”

Both these cases made for fun discussions. I twisted Leftists around arguing against these identity thieves. And Leftists had no legs to stand on, once I finished chopping them off at the knees.

Like with Weinstein, Dolezal and Warren only scratch the surface of the frauds perpetrated for personal gain. Most Democrats are frauds of one sort or another, only these two got caught.

Interestingly, the Leftists who played an Indian didn’t fare too badly. At least not in comparison to “Diallo”. As for the former “Dolezal”, let’s hope she indeed can move on with her life. Or whatever life she claims.