Freedom of speech is on life-support in America. While we fight to protect our guns, the amendment that allows that fight dies before our very eyes.

Leftists say and do pretty much whatever they want. In colleges and universities all over this country they teach hate. Hatred of men. Hatred of whites. Finally, hatred of anything non-Leftists. And we allow it.

So no wonder people feel afraid to say what they think. For example, the women who accused Judge Kavanaugh of heinous crimes are and will forever be LYING SKANKS! I got fired for that truth.

During Black History Month, I traveled through Houston TX where all the Southwest Airlines workers wore shirt expressing black pride. The shirt read: 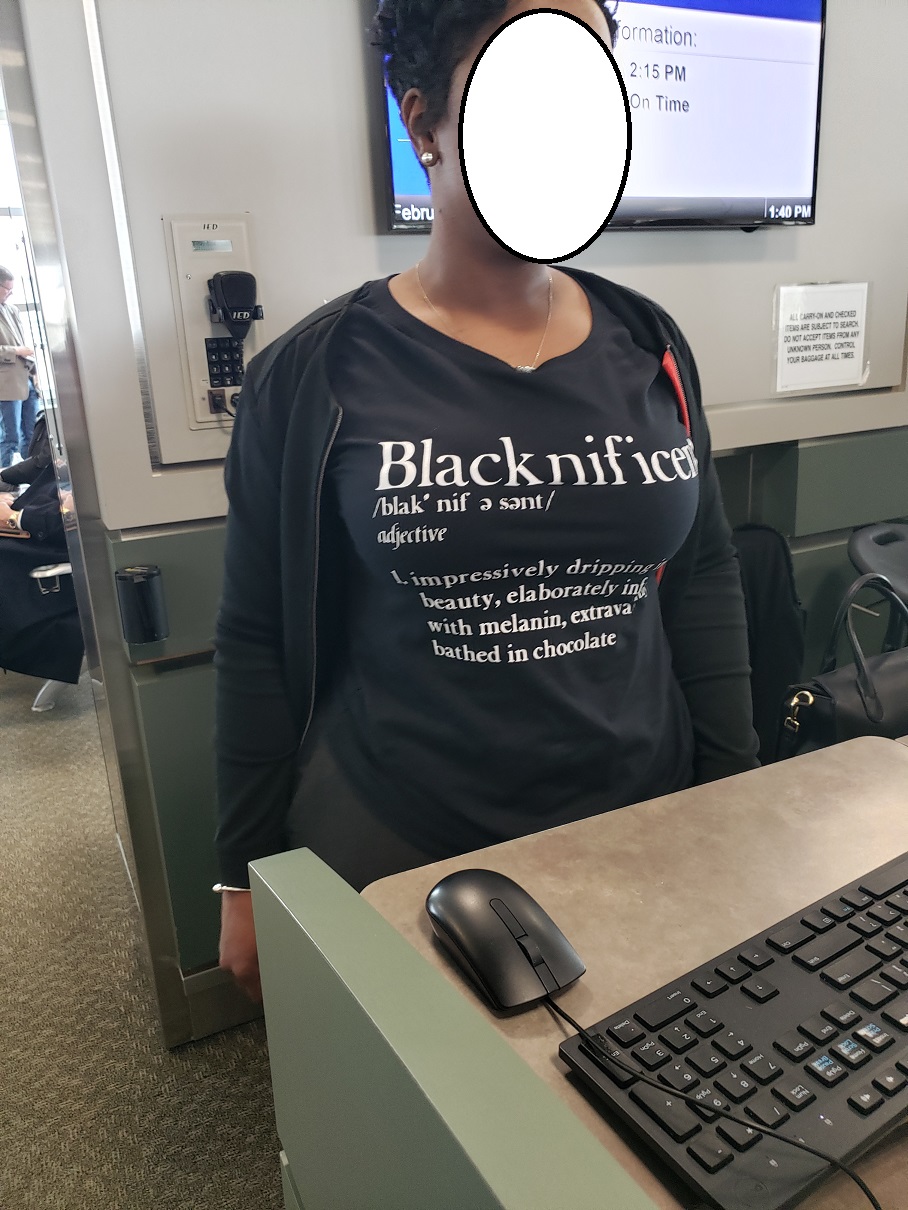 As you can see this was not a “one off” shirt. All the SWA black women at that counter wore it. 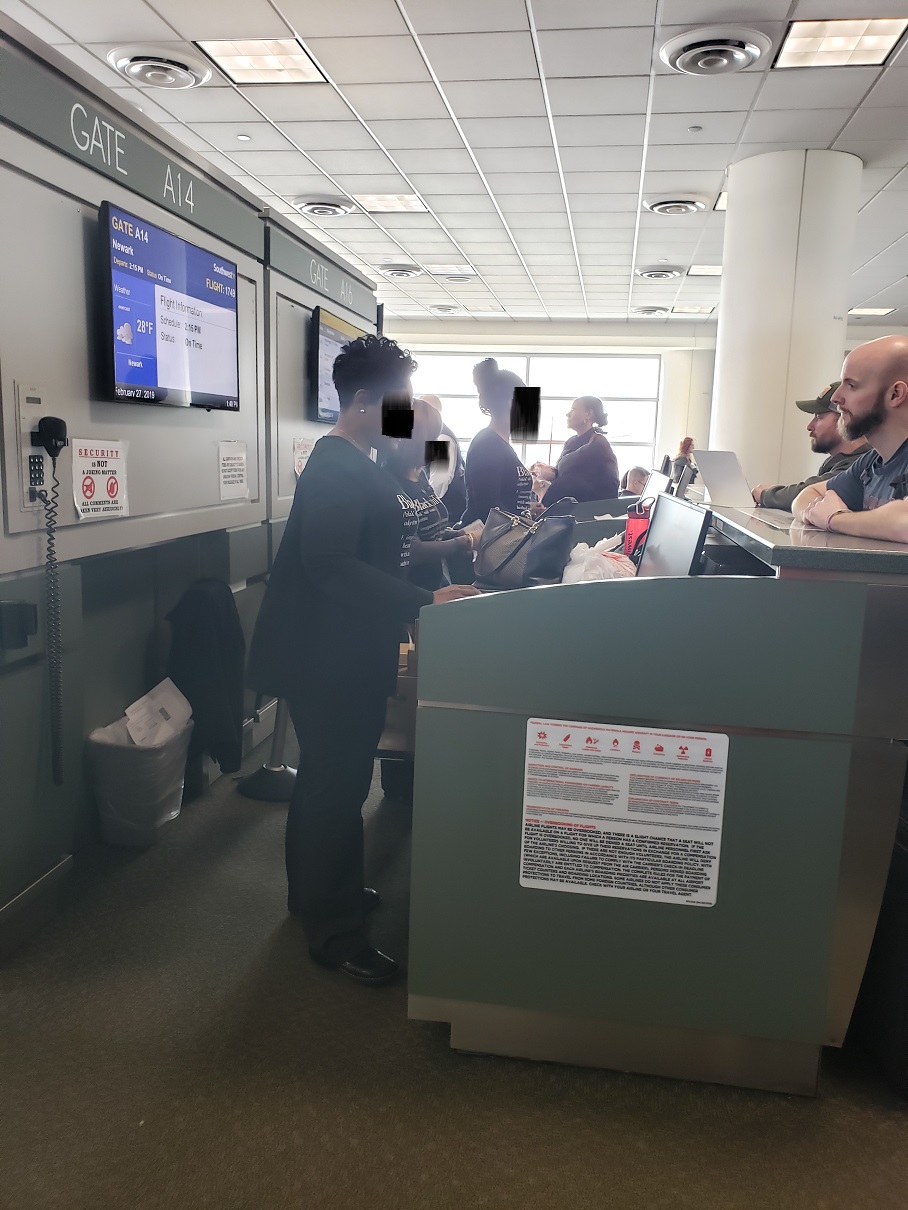 You can bet not a single person complained about that shirt. Not at Southwest Airlines or the multitude of travelers. Accept the open appreciation of blackness, like we’ve been taught.

Frankly, I’m overjoyed to see black women feeling great about themselves. But I believe that privilege should be enjoyed by all.

Now to the hypocrisy of the NFL.

As the New York Post explained, the NFL remains a den of political correctness:

Nick Bosa has wiped some of his Twitter slate clean.

The Ohio State defensive end, who is projected to be one of the top picks in this month’s NFL draft, told ESPN he deleted certain posts, including a 2016 tweet in which he called former 49ers quarterback Colin Kaepernick a “clown,” due to his potential landing spot.

“I had to,” Bosa said. “There is a chance I might end up in San Francisco.”

Bosa, 21, had previously “quote tweeted a picture of Donald Trump and Ronald Reagan with the caption, ‘Goats,’” per Sports Illustrated. ESPN also noted Bosa’s “online behavior grew increasingly bland” leading up to the NFL combine in early March, though he had previously praised the president during his time at Ohio State.

San Francisco currently holds the No. 2 selection in the draft, which will kick off on Thursday, April 25, in Nashville.

Ironically, the Redskins would prefer to pull a quarterback out of the bleachers than give Kaepernick a try-out. He’s done.

The NFL went from being America’s one of our national pastime, to yet another pillar under attack by Leftism.

Other NFL players  followed Kaepernick’s, as they claimed they were “not protesting the flag”. A few other players took a knee and linked arms for diversity. Still others stood, but raised their fist in defiance.

In defiance of a league with 68 percent black players. Apparently the league isn’t black enough. And America isn’t guilty enough.

As one can only surmise that the Redskin figured they have enough “racial” problems, given their name.

So when asked about Collin Kaepernick on Tuesday, Washington Redskins coach Jay Gruden said the team considered him. Then they didn’t.

Kaepernick just isn’t worth the cost he inflicts on an organization in intangible ways. So in football terms, the Redskins punted on Kaepernick, and he got no tryout.

Kaepernick is a clown. I won’t take my sentiments about him back ever, just as I didn’t capitulate to Fox News on my tweet about the lying, skanky Kavanaugh accusers.

And Bosa shouldn’t have to remove tweets about an NFL washout in order to enter the league.

Further, his support of the president should be glorified, not stifled. Because leftists aren’t just attacking free speech; they’re attacking American pride.