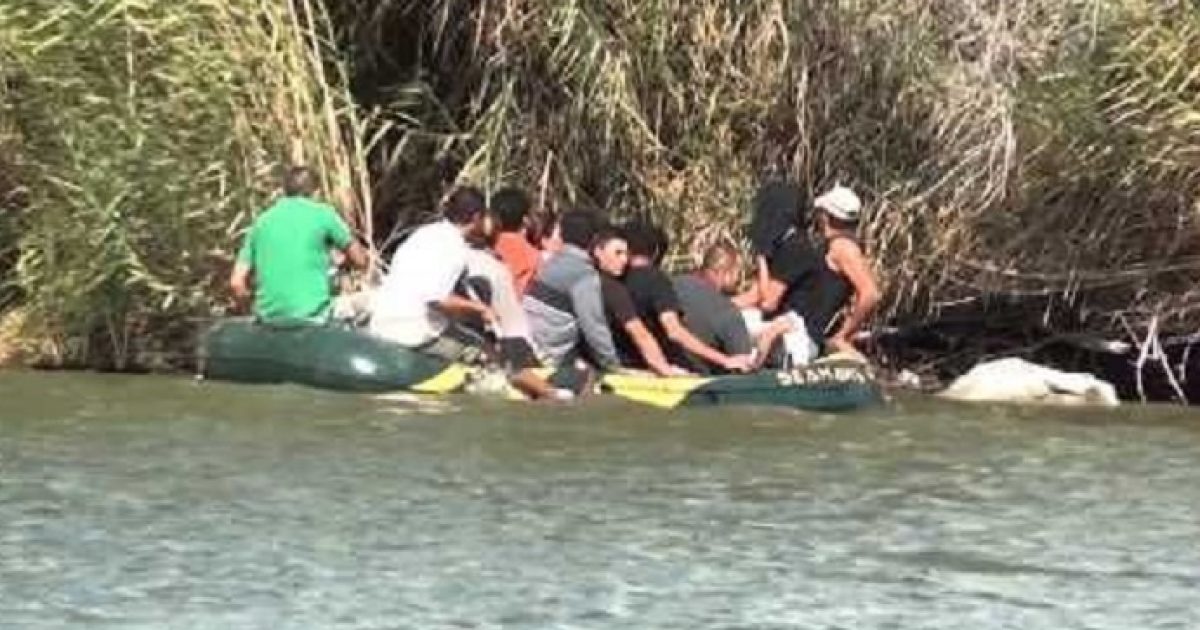 Democrats pretend to care about the plight of the unfortunate. But they simply see them as pawns.

Democrats lamented about the separation of children from their so-called “parents”. But it was all a political ploy.

When the first wave of illegals headed from Central America, they were chased by a massive storm. No Democrat showed concern for the hurricane bearing down on the illegal caravan. Democrats just readied for the border explosion they hoped would derail Trump’s potential presidential win.

Next, they invited more invaders to American shores. And the migrants obliged. Despite tales of rape and other sexual abuse, Democrats stayed the course. So what a few migrant women were raped. Obviously, these women are just casualties of war.

Now Democrats have fresh blood on their hands.

The body of a 10-month-old boy was recovered on Thursday and three other migrants, including two children, were still missing after their raft capsized as they crossed the Rio Grande in Texas, U.S. Border Patrol said.

The rubber raft flipped over on Wednesday night near Del Rio, Texas, and all nine of its occupants were swept away in the cold, fast-flowing water, according to the father of the dead child, U.S. Border Patrol said in a statement.

The father swam to safety. A Border Patrol agent jumped into the river and rescued his wife and 6-year-old son. The boy was given emergency care and then rushed to a hospital for advanced treatment. Another man and his son were found on the river bank.

The missing were believed to include the 7-year-old nephew of the dead child’s father, a girl and an adult male, according to the statement.

The baby’s body was found several miles downriver by a Border Patrol search and rescue team.

Drownings are common on the Rio Grande, which makes up part of the U.S.-Mexico border, as migrants try to cross on often overcrowded, makeshift rafts with no life jackets. But rescues have increased since October as record numbers of Central American families try to enter the United States.

In the Del Rio sector alone, Border Patrol have rescued more than 200 people since October, a more than 800 percent rise from the year-earlier period. Up to Thursday the sector had recorded five water-related deaths in that period, according to sector data.

Anybody think the Republicans will point the finger of blame at the Democrats? Certainly somebody should.

The encouragement of illegals by Democrats should be prosecuted. Besides breaking America’s immigration laws, the collateral damage proves far worse.