It was only a matter of time before the rats started ratting each other out.

More specifically, the former  Attorney General says she never instructed Comey to refer to Clinton’s email scandal as a “matter” instead of an “investigation.” and she went as far as to say Comey’s characterization of their conversation was shocking.

Apparently, Lynch set the record straight back in December during her testimony before the House Oversight and Judiciary Committees. But the testimony was only released to the public Monday.

Think about it, for as long as the Mueller report was still underway, this infighting was covered up. I’m willing to bet Democrats were so certain they’d have Trump’s head on a platter, they convinced themselves Comey’s lies were benign.

Recall, Comey gave congress the impression that he was always on the up and up. He even pretended to be concerned about Lynch’s misguided loyalty to the Clintons.

“The Attorney General had directed me not to call it an investigation, but instead to call it a matter, which confused me and concerned me,” Comey testified. “That was one of the bricks in the load that led me to conclude, ‘I have to step away from the department if we’re to close this case credibly.'”

Comey continued: “The Clinton campaign, at the time, was using all sorts of euphemisms – security review, matters, things like that, for what was going on. We were getting to a place where both the Attorney General and I were both going to have to testify and talk publicly about. [Then] I wanted to know, was she going to authorize us to confirm we had an investigation. And she said “yes, but don’t call it that, call it a matter. [So] I said, ‘why would I do that?’ And she said, ‘just call it a matter.'”

So what’s the truth?

Here we have Loretta Lynch denying everything Comey testified to. So who is telling the truth? Frankly, I don’t think it actually matters.

What we know for fact is that both Lynch and Comey participated in covering for the Clintons. This little argument is just splitting hairs. It doesn’t matter whether it was an investigation or a matter because the bottom line is that Hillary was given a ‘Get Out of Jail Free’ card yet again.

If it doesn’t matter whether Lynch or Comey is right, what’s the importance of Lynch’s statement?

Clearly, it showcases the desperation of the left. What happens when rats start to panic? They begin to eat each other. They’ll pick off anyone standing in their way of dominating the food chain. It doesn’t phase a rat to eat one of his own. And being a Democrat is no different.

Leftists pretend to be tight-knit, but when the going gets tough, they turn on each other at the drop of a hat.

Now that Mueller is finished, AG Barr is investigating the investigation.

Further, Barr is investigating the origins of the Russia probe. And as with most DC scandals, all roads lead back to Hillary, Obama and the Democrats.

Eventually, Barr will work his way back to Hillary’s email scandal, and when he does, I fully expect to see Comey and Lynch sitting in the hot seat to answer for their crooked cover ups.

And like most Americans, I can only hope the key players like Hillary, Obama, Comey and Lynch are finally held accountable for their actions against the United States. 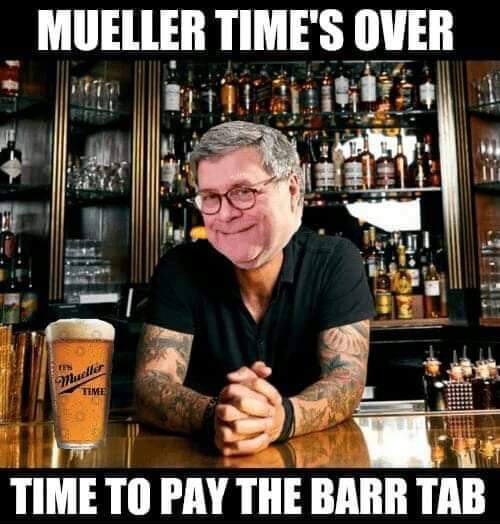