Can former Vice President Creepy Joe Biden withstand the rigors of a campaign? Time will tell.

Remember that fateful moment in the Hillary Clinton campaign? If it weren’t for Secret Service, Clinton would have looked like Harry Reid after his brother beat the crap out of him. 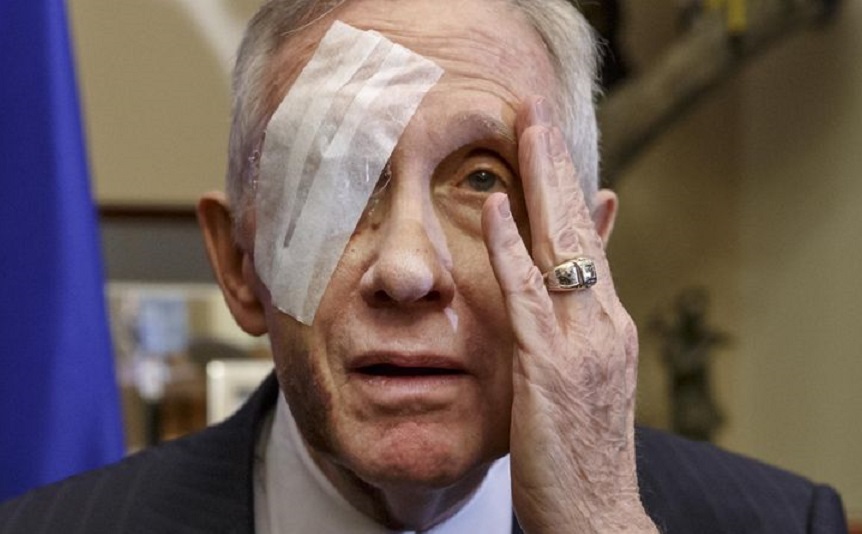 Biden certainly seems to be incommunicado.

One would think that the Democrats’ new front-runner would want to maintain media visibility. Yet, LMT Online reported, Biden takes a different tact:

And here’s former Vice President Joe Biden’s agenda for the holiday weekend, according to his campaign: “Joe Biden has no public events scheduled.”

Those seven words are becoming familiar for the Biden team. Aside from a campaign swing right after announcing his candidacy, Biden has kept his head down while his rivals rush from state to state to state. Even when he has held public events, they have included only a handful of questions from voters or reporters.

The light public schedule reflects the unique position of his campaign, advisers say: With near universal name recognition and high favorability ratings among Democrats, the former vice president does not need to introduce himself to voters like nearly every other candidate. And as the leader in early polls, he can attract media attention without splashy events.

But there are risks. Voters in the early primary states – especially Iowa, with its caucus system that rewards on-the-ground organizing – want to see the candidates personally and often. And there is the danger that Biden’s schedule could reinforce a word President Donald Trump is already using to describe his candidacy: sleepy.

Biden’s campaign says that’s not going to happen. “I have zero worry that any voter will leave a Joe Biden event with doubts about his energy,” said Kate Bedingfield, his deputy campaign manager. “They’re going to see it everywhere he goes.”

I doubt Biden becomes the Democrats’ candidate. After all, Biden has a history of torpedoing his presidential chances. What makes Democrats believe this time will be any different?

Is it “HIS time”, as they proclaimed with Hillary Clinton, another two-time loser? Biden has no particular legacy that declared him the next incumbent. And unlike his former boss, Biden doesn’t have the mysterious background and the “light-skin Negro” impact.

No, Biden is just everyday, run-of-the-mill white boy. And his “white boy” history will be his downfall.

Don’t think for one second that the allegations of sexual abuse are going away. Nor will Biden’s record on race relations or trade.

But despite all this, Biden’s nagging problem remains his low-energy. Frankly, Trump will run this clown ragged.