Bernie Sanders is a sellout. He could have gotten more, but then again why ask me? More on this later.

I’m not sure who the biggest sellouts are, but I know they aren’t Conservatives. Certainly Jesse Jackson and Al Sharpton come to mind, when one considers people getting paid to keep others down. However, in the world of sellouts, these black clowns have little to show for it.

Omarosa certainly elicits many votes as potentially the biggest sellout. A woman who built her career on the back of Donald Trump, now profits mightily from abandoning and attacking him.

Omarosa’s ultimate sellout move was to say she acted as a “co-conspirator” against Hillary Clinton.

But Omarosa isn’t the only one in the “switch for funds” game.

In his swansong after being defeated, Texas State Representative Jason Villalba, a Republican, became a sellout.

“Since Donald J. Trump has been president, he alone has increased the national debt by over $1 trillion. Yes. One trillion dollars. The fastest any president in U.S. history has accrued that level of debt,” Jason Villalba wrote in an editorial published by The Texas Tribune’s “TribTalk” on Wednesday.

“Our president has mocked and belittled our immigration laws, our intelligence agencies, our foreign policy strategy and even the American people. We have been called ‘stupid,’ ‘weak,’ ‘a joke’ and ‘pathetic,’ all by our own president,” Villalba continued, adding that he was one of the “only Republican elected officials in the country to plead with the American voters to abandon this charlatan prior to his election.”

“For my transgressions, I was summarily unelected from the Texas Legislature. I have no regrets. I always do what I believe is right. That is not politically expedient, but it helps me sleep at night,” the lawmaker, who lost the GOP primary in Texas House District 114 in March, said.

“Today, we will stand with our better angels. We will stand with those who seek to transcend the common detritus of the ordinary and become citizens of that shining city on the hill that Reagan spoke of so long ago,” Villalba continued.

My bet is that Villalba isn’t really a Republican at all. He just ran as one because it was the only way he could win in that area of the state.

Whatever the reason, these attacks on the president made me ask myself, “How would things go if I became a sellout?”

I wouldn’t worry about paying taxes, because I would damn near print money. I would happily pay my taxes, and decry the rich who don’t. Paying taxes is easy to do when you can print money with the ease of the Left. So when I think of all the opportunities that would come my way if I were to turn on Republicans, it would be redonkeydonk ridiculous.

Here’s how the process would work. 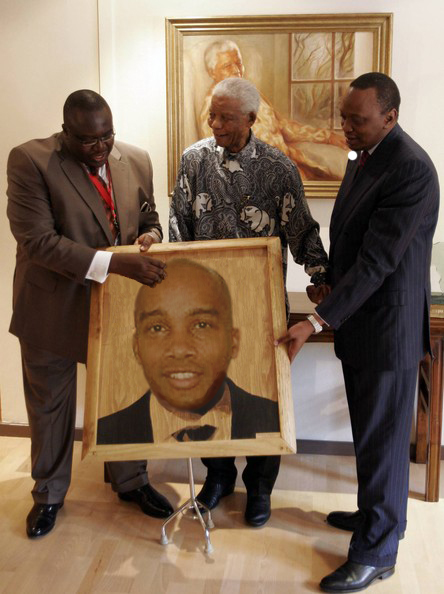 First, I would do ONE talk show; a big one. And on that show I would denounce Conservatives as evil human beings, free market capitalists who want to keep their boot on the necks of the poor. I would admit in the words of Malcolm X to have been “fooled, bamboozled, led astray, then run amuck.”

I would allude to meetings where I heard prominent Conservatives using the n-word indiscriminately. Of course that doesn’t happen, but it’s my word against “Whitey.”

Next, I would speak of how duplicitous they are, and demonize the lot of them. I would have a list of people to target, and dedicate a chapter in the book I would pre-announce at the time.

Publishers would flock to me, and I would accept bids for my book advance. $15,000,000 sounds about right. With the book deal done, I would respond to the hundreds of media requests. I would accept the most high-profile, then hit the speaking circuit.

My fee would rise exponentially from what I now charge. And you can bet I would be booked at least 3 days a week. I could easily expect to bring in over $1 million a month at my new rate.

This would land me on the cover of almost every major publication on the planet, from Time to the New Yorker. The “earned media” would be worth millions, all writing uber flattering stories about my life and ultimate redemption.

You know what comes next, right?! Hollywood!

You could expect me to be in at least four films, where they would shoehorn me into the script. Cameos, bit parts, and perhaps even a role alongside somebody like Bradley Cooper. He and I would be the new Rock and Kevin Hart.

I’d make a cool $20 million or so, and not because I’m a great actor. Just a “Thank you!” with the wink from the producer and my new friends. Ironically, I wouldn’t need the money from my films, as I would live like a rock star, all because of my new fame and friends.

My new Leftist buds would move me around the country on private jets. They would brag about who hosted me, and I would be invited to anything and everything “hate Trump.” Needless to say, I would be busy from coast to coast.

Private islands, private events, fundraisers for my “foundation,” and so on. Any indulgence I require is just a secret handshake away.

“Kev, you want to have sex with Guatemalan midgets? I’ll fly them in for you…under the radar!”

Politicians would befriend me, and I would get the best insider investment advice.

I’d know what companies are doing what, and meet directly with CEOs at lavish events, or on the golf course.

After a year, I would be worth a cool $50 million. At least. I know that’s just walking-around money for my new crowd—but not a bad start. Enough to impress all my old friends and family and rub their racist noses in my newfound Leftism.

But I’d need and want more, because I’d now be a Leftist.

So Year Two would be even more crazy. More movies, people loaning me their homes, their cars, their planes, their spouses, their kids…no limit. More parties, more media, and a new book with an advance of $25 million.

Of course I would have my own TV show, the black version of Bill Maher’s show, only remarkably better. $10 million a year salary, plus other perks.  By the end of Year Two, I’d be worth a cool quarter billion, yes $250 mil.

By Year Three, I would be a bonafide celeb akin to The Rock. “The Kev’s” investments would have matured, and the next series would be even better…private equity, not the market the sodomites play. Also, I would get in on all the IPOs, even get a piece of the action.

Who knows what I’d be worth by then? But I’m smart, witty, and not too bad to look at. I’m guessing a billion.

And yet, here I sit. I don’t rob Peter to pay Paul, but I’m certainly nowhere near what I promise you would happen if I flipped.

And the Left calls me a sellout?