In a sad race to be the democrat break-out candidate, we’ve seen everything except spectacular.

In other words, it’s just leftism on steroids with no real leadership in sight.

Ted Cruz joined Sean Hannity to analyze the democrat debate and he summed it up masterfully.

“The clown car is broken. There’s no brake and it only steers left.”

In fact, he went on to say “Donald Trump has broken the democratic party.” And Cruz is spot on.

Sadly, all leftists do is dish out unprecedented hate towards the President. And it’s not based on any legitimate complaints against the President. This hate is tied to Hillary’s loss, plain and simple.

I’m reminded of a meme I once saw. It basically pointed out the reason for frustrations on the left. First, they lost a campaign they rigged. Then, they blew an investigation they rigged. Democrats can’t even cheat well. 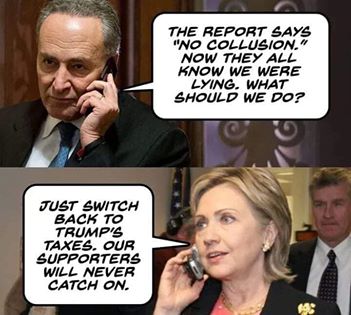 So, despite Trump’s success with the economy, and regardless of the endless numbers of promises he’s kept, liberals refuse to give Trump an ounce of credit.

However, as Cruz pointed out, when it comes to booting Trump out of office, even Democrats have no idea why we should get rid of a good thing.

Obviously, the democrat debates are supposed the narrow the field. Instead, they come off just as Cruz described: a tilted clown car stuck circling to the left until they fall over. It’s safe to say that most of the democrats don’t stand a chance winning a primary.

New York Mayor Bill de Blasio is one of the most powerful politicians in the United States. His city is larger than all but 11 states, giving him responsibility over more people than anyone but a few dozen senators and governors.

And, of course, President Trump — whose job de Blasio hopes to take in January 2021. To do so, though, he needs to scramble past the 20-odd other Democrats seeking the party’s presidential nomination next year. De Blasio’s scrambling hasn’t been very effective: A Suffolk University-USA Today poll released this week found precisely one respondent (of about 400 in total) who viewed de Blasio as their first choice for that job.

More alarming for the mayor, though, should be that only 11 percent of respondents were excited about his candidacy — and more than 4 in 10 actively hoped he’d drop out of the race. That was the highest percentage of any of the candidates included in Suffolk’s questioning.

Of course, the democrat field is so saturated, many of the candidates are simply unknown.

Yet, among the known contenders, their loss is already guaranteed. The same Washington Post poll found many voters hope to see de Blasio, Elizabeth Warren and Joe Biden throw in the towel. Interestingly, in this particular poll, no one wanted Bernie to quit. My guess is they don’t expect Bernie to get far enough for it to matter.

However, what I find most interesting about the democrat strategy for 2020 is their utter lack of strategy. The first debate was nothing short of a train wreck. But it almost doesn’t matter who said what, because liberals don’t take their candidates at face value. Especially when it comes to Joe Biden. Leftists refuse to face facts. This racist creep is destined to be a three-time loser, but democrats believe they can mold him into something seemingly presidential.

Despite numerous polls suggesting Biden is a TERRIBLE idea, democrats still pin him as their forerunner. On what planet does this seem like a good idea? Biden lost presidential bids twice already. He was a lackluster Vice President. Further, Biden tasked himself with curing cancer, but he couldn’t get his hands off the girlie parts long enough to look for a scientific discovery. Then, just last week, Biden took aim at Donald Trump because (get this) he’s yet to cure cancer.

After spending years chasing a cure, and failing to find it, Biden insists Trump dropped the ball.

“What happened was we did a lot of good work, with your help, on the Moonshot,” Biden said during a speech in Washington. “And when we left, I went to this administration and said, ‘You can do a lot. Move.’ But it wasn’t their priority at the time.”

I’m surprised Democrats haven’t IMPEACHED Trump for not curing cancer. Or perhaps America should prepare itself to learn that Trump colluded with the Russians to not cure cancer.

But none of this sways liberal voters away from Biden.

Fortunately, the lack of innovation will bring down the democrats before Trump even steps up to the first debate. They’ve been looking for their own Donald Trump since election day, 2016, and still they’ve got the same three losers they had three years ago: Joe Biden, Elizabeth Warren, and Bernie Sanders sitting on a pile of candidates that don’t even garner name recognition. Still, I can’t help wishing the Democrats would declare a three-way tie and challenge Trump to a foursome.

Even three against one, Trump mops the floor with these buffoons. It’s hard to fathom, with such a crowded primary, how democrats are down to three of the biggest letdowns imaginable. However, even if they came up with another baby black Jesus, he still wouldn’t hold a candle to Donald Trump.