The snot-nosed baby congresswoman strikes again. This time, AOC claims young people are smarter than ever.

Just when it seems like we’ve gone at least three days without an “AOC is Dumb” story, Alexandria decided to get on Instagram. Then she went live. Now the entire world can watch the replay. The idiot actually suggested Generation Z and Millennials are better-informed than generations of the past.

Sure, today’s generation can quickly reach to Google for a two second short-answer to most questions. However, the street smarts of the past aren’t passed down via search engine.

Rep. Alexandria Ocasio-Cortez made some bold claims in her latest Instagram Live video, suggesting millennials and Generation Z are better “informed” and more well-versed in history than past generations — and, apparently forgetting about the turbulent ’60s, are the first “willing to go to the streets” and challenge their government.

The New York Democratic congresswoman, who at 29 is a millennial herself, in a video that streamed live Tuesday night described how she thinks today’s young people are surpassing past generations.

The freshman congresswoman then patted young Americans on the back for their activism, implying this is a new development for American political engagement.

“I think this new generation is very profound, and very strong, and very brave, because they’re actually willing to go to the streets,” she said. “Previous generations have just assumed that government’s got it.”

Of course, this overlooks perhaps the most turbulent period in modern American history, the 1960s, which was marked by political protests over the Vietnam War, civil rights and more.

I guess this means AOC missed out on Forrest Gump.

Because he clearly illustrated every decade from 1950s until the 1980s. I find this to be a great tragedy, because that means these memes mean nothing to AOC. 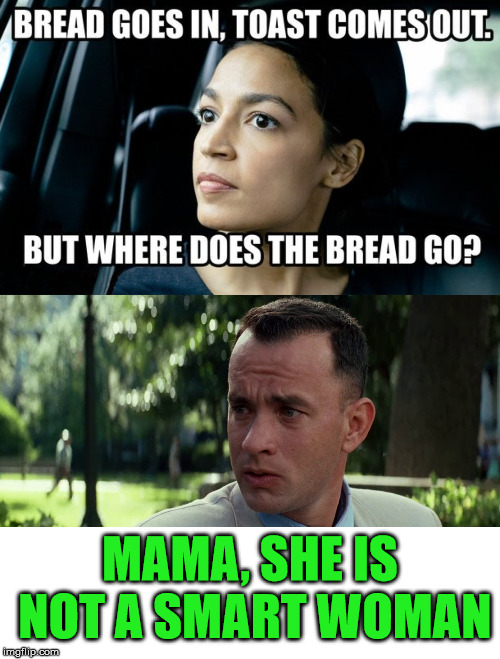 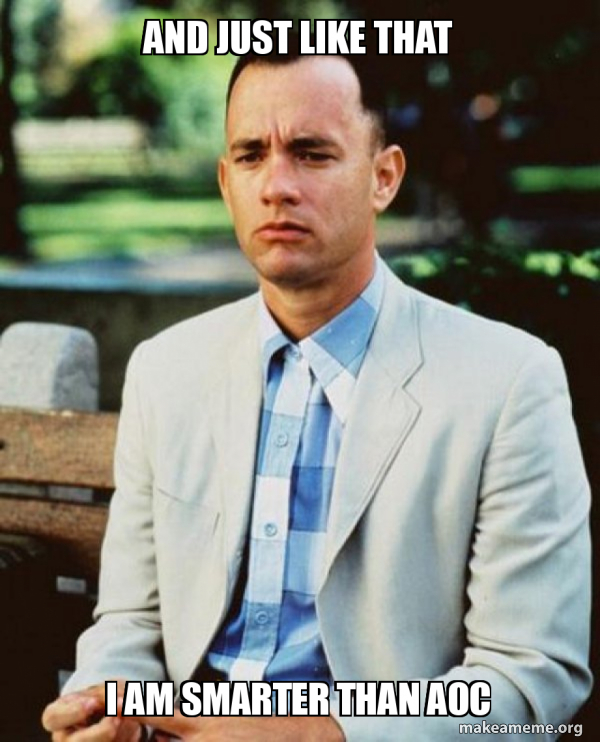 It’s so much more fun when the representatives get the joke. However, all jokes aside, it’s perplexing that AOC truly has no grasp of American history.

As most Americans agree, the 1960s likely created the biggest social justice platforms in our nations development.

Months after the decade began, protesters in San Francisco demonstrated against the House Un-American Activities Committee for their investigations of suspected Communists. Protesters were arrested as police turned firehoses on them on what became known as “Black Friday.”

The civil rights movement featured protests from black Americans and their allies, which helped lead to passage of the Civil Rights Act of 1964.

The Vietnam War inspired massive demonstrations, including at the 1968 Democratic Convention. Tens of thousands of protesters took to the streets of Chicago that summer, and hundreds were injured in violent clashes with police and the National Guard.

In fact, the Boston Tea Party was both part of our journey towards independence and one of the first major political protests in our history. But I’m guessing AOC thinks it has something to do with fine china and finger sandwiches.

Further, AOC often boasts of her “hoop earrings” and her “red lipstick” and some sign of girl power, but she seems to know nothing of the Women’s Suffrage movement that started in the late 1800s. The movement secured a woman’s right to vote with the 19th Amendment in 1920. I’m pretty sure there were no millennials on hand.

The characters of American History built this nation on their political accomplishments. And believe me, these accomplishments far out-weigh the Green New Deal.

But AOC couldn’t help calling the generations before her complacent.

Talk about open mouth, insert foot. At this point, AOC must love the flavor of her toes. She might need her own team of fact-checkers to approve her words BEFORE she says them.

Prior to making her statement about previous generations’ complacency, Ocasio-Cortez lauded her own generation . She said, “They actually take time to read and understand our history. The history of the labor movement, history of civil rights, history of economics, history of the United States, history of colonialism, and they’re not afraid to have those conversations.”

Baby Boomers may take exception to Ocasio-Cortez’s slight. Especially given studies that indicate a lack of knowledge millennials have when it comes to history. An April 2019 study by the Conference on Jewish Material Claims Against Germany revealed that two-thirds of millennials polled were not familiar with Auschwitz, and 22 percent said they either had not heard of or were not sure if they had heard of the Holocaust.