Obama was decidedly the worst president in American history. The only thing he had going for him was his skills as an orator and the color of his skin. In other words, he’s a smooth talking black guy.

Let’s not forget, Obama laundered money to the tune of $400,000 as payment to Iran. It was the first time America negotiated with terrorists. Further, he released dangerous criminals from Guantanamo Bay on his way out the door. There’s no telling how many lives that move will ultimately cost. Yet, this man crawled out of his hole and gave a holier-than-thou speech aimed at President Trump.

As we previous noted:

Former President Obama delivered a lengthy response to the dual mass shootings that killed 31 people in Texas and Ohio. He blamed guns, white supremacist websites, and President Donald Trump’s rhetoric for the ongoing violence in the United States.

“Until all of us stand up and insist on holding public officials accountable for changing our gun laws, these tragedies will keep happening,” Obama said in a statement, citing “evidence” that proved that more gun control could stop “some killings.”

Oddly enough, gun control didn’t curb the mass shootings under Obama’s watch. In 2016, Obama announced 23 executive initiatives related to gun violence. And they didn’t change a thing. That’s the funny thing about criminals. Laws don’t stop them, and neither do executive orders.

Did Obama forget his presidency? 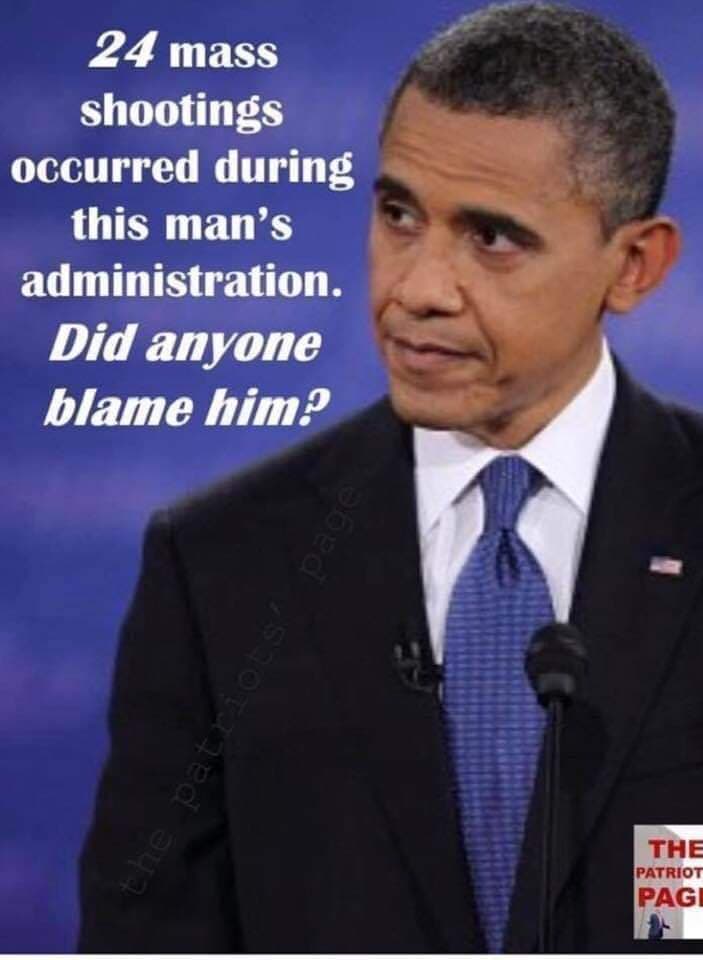 It’s almost as if Obama doesn’t remember the tragedies that occurred under his watch.

But never fear, the internet memes have been circulating all day, just in case he needs a few reminders.

“…while many Democrats want to lay blame for a racist’s rampage at a Walmart in El Paso, Texas, at President Donald Trump’s feet — since police said they found an anti-immigrant document espousing white nationalist and racist views, which they believe was written by the suspect there — it is also true that racist shootings came before Trump, a point Trump was quick to point out Tuesday.”

Instead, they followed with some cheesy Kumbaya anecdote about Obama topped off with some criticism for the President.

“…the day after Trump rode that escalator in June of 2015 and launched his divisive political career, a racist gunman shot up a church in South Carolina. Days later, Obama sang Amazing Grace during a eulogy for the pastor of that church and talked about the importance of forgiveness and acceptance.
In that eulogy, Obama talked about the need to address the more subtle racism in society not with talk, but with small actions like treating everyone with dignity and respect.
Now, faced with another mass shooting on his own watch, Trump, who has been called an enabler of racists by many Americans, promised the death penalty for murderers and looked for things other than guns to blame.”

Honestly, I’m not sure why CNN worded it that way. The way I see it, if Obama went after those gunman the way Trump promises to, maybe some of the mass shootings would be discouraged by the consequences. But that’s probably old school logic that defies the sensibilities of most leftists.

However, I think it’s important to note one Tweeter’s observations.

The faces of those who committed Mass Shootings in 2019. Notice the diversity? But fake media is saying White People & Trump are to blame when more mass shootings occurred under Obama. It’s not a skin color issue.. it’s a moral depravity issue that is rooted in a lack of purpose pic.twitter.com/ANXS0zzxSx

So the next time a leftist posts this, you already have a response to refer to. 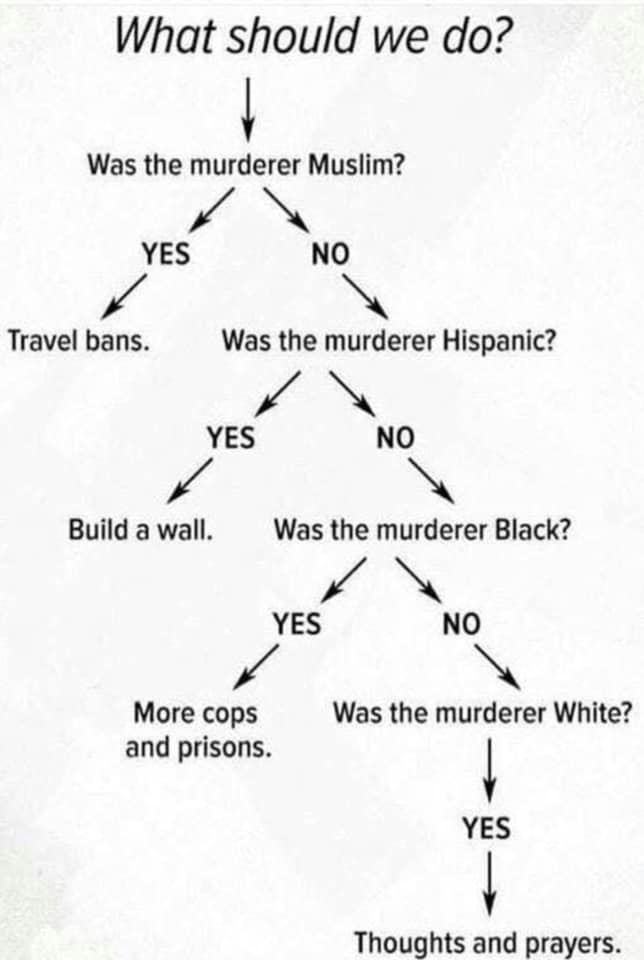