The first whistleblower blew it.

This Deep State spy in the Trump administration got so deep in the organization that he (or she) offered at best, second-hand knowledge of President Trump’s dealings.

Consider whistleblower A is Blasey-Ford. And now we get Swetnick.

The stories became so unbelievable that most Democrats began shaking their heads. And we all know the outcome of these allegations. These women proved to be lying skanks who have since disappeared into the ether.

As for the Trump whistleblower B, he or she will suffer the same fate.

In my common sense analysis of the situation, I came upon this passage about the person:

According to the New York Times, the whistleblower is a CIA officer who previously worked at the White House. Meanwhile, a second whistleblower is reportedly waiting in the wings, ready to corroborate the original whistleblower’s allegations that President Trump abused his office when he asked that Ukraine investigate former Vice President Joe Biden and his son for corruption (perhaps this is all part of what Chuck Schumer described as the intelligence community having ‘six ways from Sunday‘ to get back at someone).

Will somebody please let me know when Avenatti and Allred become the attorneys of record for these “whistleblowers”?! Because Democrats need one more layer of buffoonery.

Democrats actually believe they will pull a James O’Keefe, ACORN scenario. They believe if they slowly release more and more third-party whistleblowers, Americans will believe them.

“Look America, we have MORE people with no knowledge of what actually happened. Now we MUST IMPEACH!!” 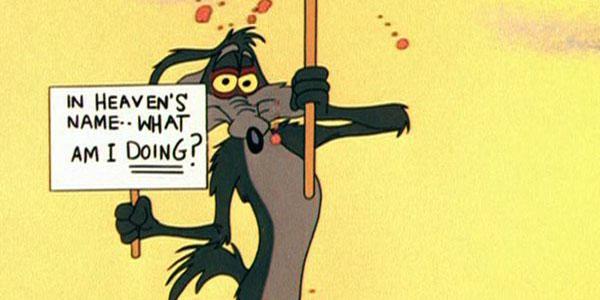 This is starting to feel like we’ve all reverted to childhood and we’re watching the Roadrunner on repeat. Nancy Pelosi is the Pesky coyote who won’t give up.

Sadly, she maintains the charade despite her inability to even begin a formal impeachment inquiry.

All Pelosi has are the laughable efforts of Adam Schiff.

As we noted yesterday:

Schiff outright lied about his contact with the “whistleblower”. Schiff’s actions are criminal, to say the least.

So Democrats find themselves with a new Stormy Daniels, except this one looks like bug-eye fool, to quote Aunt Ester from Sanford and Son.

Undoubtedly many Americans see Schiff for what he is. Democrats appointed him and Jerry Nadler as attack dogs to get President Trump. They have both failed miserably.

And while this “second whistleblower” seeks to legitimize the first, we’re left with lunatics like Joe Biden and his call to action.

Biden’s comments in New Hampshire included a call for the preservation of “our Constitution, our democracy, our basic integrity.”

“President Trump has indicted himself by obstructing justice, refusing to comply with the congressional inquiry, he’s already convicted himself. In full view of the world and the American people, Donald Trump has violated his oath of office, betrayed this nation and committed impeachable acts,” Biden said at the town hall.

But as always, Trump tackles democrats head on.

So pathetic to see Sleepy Joe Biden, who with his son, Hunter, and to the detriment of the American Taxpayer, has ripped off at least two countries for millions of dollars, calling for my impeachment – and I did nothing wrong. Joe’s Failing Campaign gave him no other choice!

If we’ve said it once, we’ve said it a thousand times. This won’t end well if you’re sitting on the left. Until then, how many whistle blowers does it take to get an impeachment inquiry going? We’re still waiting.