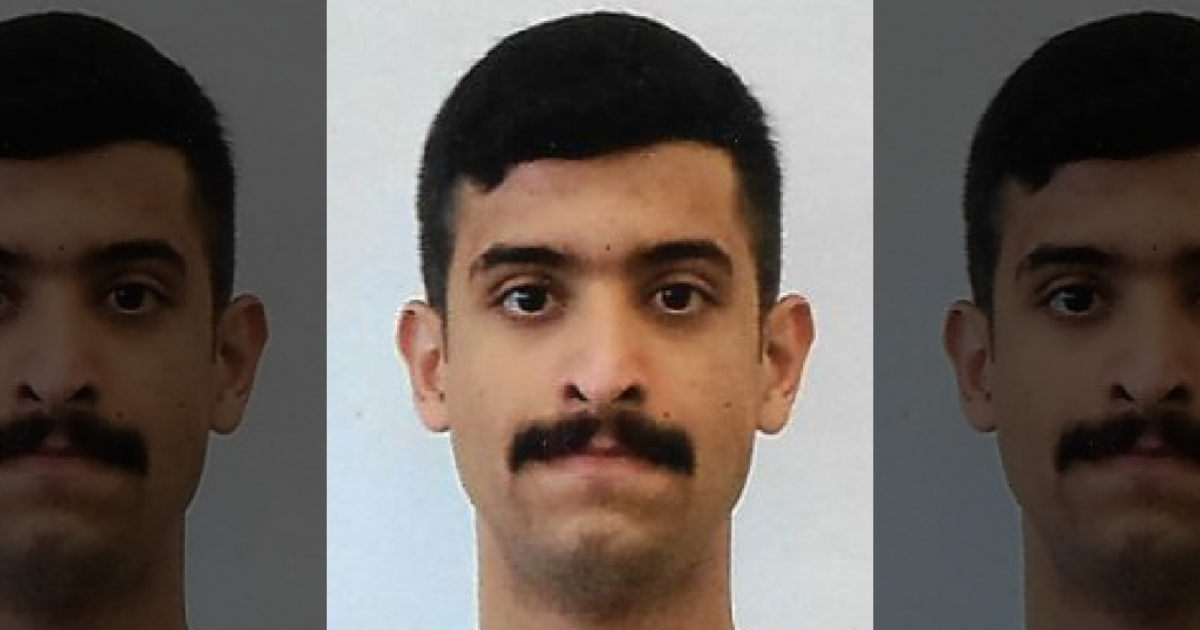 Could a joke be at the root of the latest mass shooting? I sure hope not. But it’s shaping up to be one plausible theory.

Friday morning I received a panicked text from my sister. An active shooter situation had her twisted in knots. Her twenty-year old marine son is stationed in Pensacola. Like she said, it’s one of those things you prepare for, and yet, you’re never quite prepared for.

Luckily, my nephew was safe and sound. Sadly, three families aren’t so lucky. But what’s even more tragic is the fact that we’ve developed these automatic, canned responses to mass shootings. Their shock value is long gone. In fact, I’m sure before I’ve penned this article, liberals around the country will call for more gun control. Meanwhile, conservatives will join the battle on the side of our constitutional rights. Neither argument will bring solace to the families in mourning.

Combing through the details, one question immediately jumped out at me. Why do we have visiting students from Saudi Air Force training here? Although I’m no military intelligence expert, I always assumed we trained US forces exclusively. In my mind, if we offered any training to foreign forces,  Americans would travel abroad to provide instruction. I never considered the idea of foreign soldiers training here.

However, foreign nationals do train here. The Delaware Resource Group of Oklahoma, a subcontractor to CAE USA, trains both civilian and military students. And now, it seems a bad sense of humor may play a part in three deaths and at least eight injured soldiers.

As the F.B.I. continues to conduct interviews with everyone at the Pensacola Naval Air Station who may have had contact with the gunman, identified as Second Lt. Mohammed Alshamrani, a new report emerged that the Saudi trainee filed a formal complaint earlier this year against one of his instructors, who left him “infuriated” in class by tagging him with a derogatory nickname.

“I was infuriated as to why he would say that in front of the class,” the Saudi trainee wrote in his complaint, as quoted in the summary. The document was reviewed by The New York Times and authenticated by a person who spoke with Lieutenant Alshamrani shortly after the incident.

So now we add one more element to our ridiculous PC culture. Don’t dare make a joke, or you might be next to face the firing squad, literally.

This guy felt humiliated, and he clearly missed the childhood lesson titled “how to shake it off.” But it’s not like no one addressed his frustrations. According to reports, two classmates helped Alshamrani file a complaint against his instructor. But obviously, the incident never faded from the gunman’s thoughts.

“I was infuriated as to why he would say that in front of the class,” the Times quoted Alshamrani as saying.

The school offered an apology. They even offered to have the instructor apologize directly. But it seems the damage was done. This guy couldn’t stop ranting in his head over the entire ordeal. And the night before the shooting, Alshamrani kept showing videos of mass shootings at a dinner party.

So far, this is what we know (according to the NYT):

The SITE Intelligence Group has flagged a Twitter account that it believes is connected to the gunman, with a posting shortly before the attack that was critical of America’s support for Israel, as well as the “invasion” of other countries by United States troops. The statement, which quoted Osama bin Laden, accused the United States of “committing crimes not only against Muslims but also humanity.”

Lieutenant Alshamrani began training with the United States military in August 2017 and was scheduled to complete the training in August 2020, Pentagon officials said. He initially attended language school at Lackland Air Force Base in San Antonio, Texas. He spent breaks back home in Saudi Arabia. When he returned to the United States in February, friends and colleagues noticed that he had become more religious, according to a person briefed on the investigation.

No surprise there. Another tragedy related to a religious zealot. Worse yet, it won’t be long before another mass shooting grabs the headlines. Because we’ve yet to find a way to deter such tragedies.