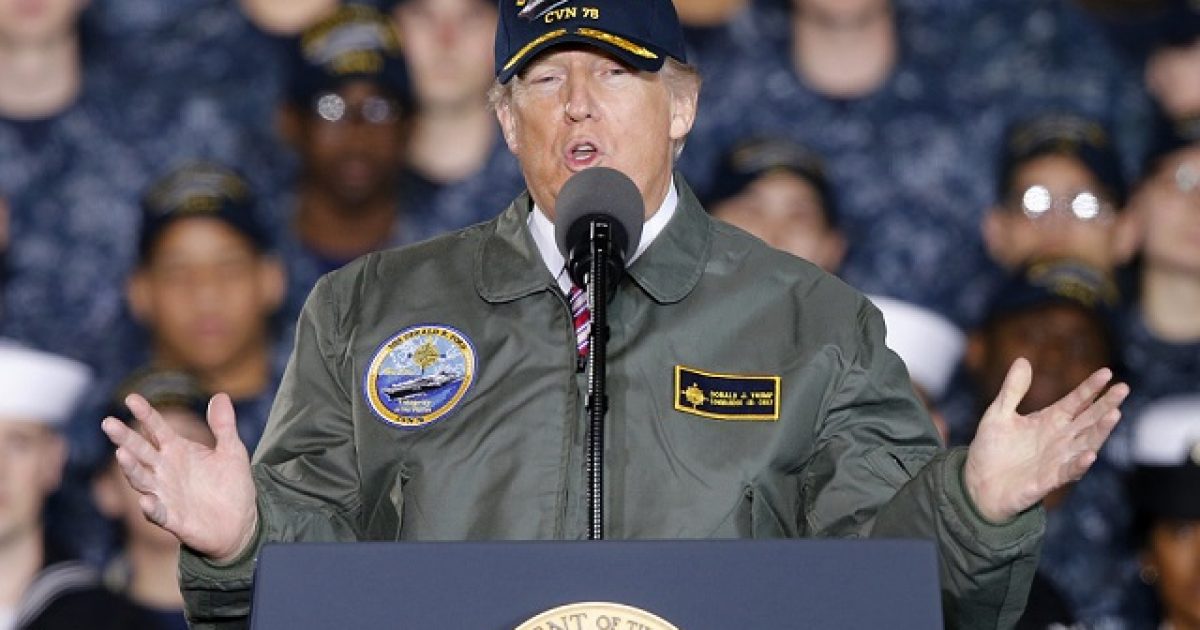 President Donald Trump now knows how Washington DC works. In his case, no matter what he accomplishes, Democrats see him through “impeachment” goggles.

So in the aftermath of sending a bomb up Gen. Qassem Soleimani’s toga, the president pulled a fast one.

The notification, required by law within 48 hours of introducing American forces into armed conflict or a situation that could lead to war, has to be signed and then sent to Congress, according to the officials with knowledge of the plan.

Lawmakers expected the document to publicly lay out the White House’s legal justification for the strike on Soleimani, Iran’s top security commander, who officials have said has been behind hundreds of American deaths over the years. But the notification first sent to Congress late Saturday afternoon contained only classified information, according to a senior congressional aide, likely detailing the intelligence that led to the action. It is unclear whether the White House will send a separate, unclassified document.

First the president didn’t notify Congress of the strike. Then second he sends only classified information. What a bold and telling move.

Speaker Nancy Pelosi said in a statement Saturday evening that the notification “raises more questions than it answers,” including “serious and urgent questions about the timing, manner and justification of the administration’s decision to engage in hostilities against Iran.”

“The highly unusual decision to classify this document in its entirety compounds our many concerns, and suggests that the Congress and the American people are being left in the dark about our national security,” Pelosi said.

Needless to say, Americans aren’t being kept in the dark. We know exactly what happened.

The military tracked Soleimani, per their job. When the opportunity arose, they sent him to his virgins.

Nobody, including Leftists can complain about the death of one of the world’s premier terrorists. Clearly, the American people need no explanation, at least for now.

But Democrats pretend Americans need to know. And that’s where Trump may be setting a trap. Because we know that Democrats love to (1) fake details of events, and (2) leak details of faked events.

I suggest that Democrats want to figure out a way to politicize the warranted killing of a heinous terrorist. However, because of the White House classifying all the details, they can’t even discuss the matter. That doesn’t mean Democrats like Adam Schiff or Jerry Nadler can help themselves. These two congressional madmen would use anything to try to root Trump from the White House. Therefore, expect the Democrats to dust off their strategy of calling Trump a warmonger, unhinged in his need to “push the button”.

Again, while stating unequivocally that the world should shed no tears for Soleimani, many Democrats have called the strike against Soleimani, which threatens to escalate tensions between the U.S. and Iran and reverberate throughout a violent and volatile region, illegal and unauthorized. Even Biden cried, saying “Trump threw dynamite,” as if that’s a bad thing. Thus, Democrats strategize to limit President Trump’s ability to strike Iran in the future.

One thing is for sure. Democrats rejoice that the airstrike took impeachment out of the news cycle. Because Trump’s bombing of Soleimani proves that he has not a care in the world about what most Americans now see as “impeachment farce”.

Soleimani wasn’t the only terrorist killed in that bombing. Trump symbolically killed America’s biggest terrorist organization, the Democratic Party. Yet again, President Trump dares Democrats to challenge his authority. And the Democrats oblige, as they look for ways to limit his Constitutional duties. But the more they grasp at straws, the better things get for Trump.