Bernie Sanders sold out to Hillary Clinton. In case you wonder what that looks like, here’s a reminder.

In the graphic below, Sanders might as well be saying to Clinton, “Look, I’m willing to roll over and let you win…but it’s gonna cost you!” 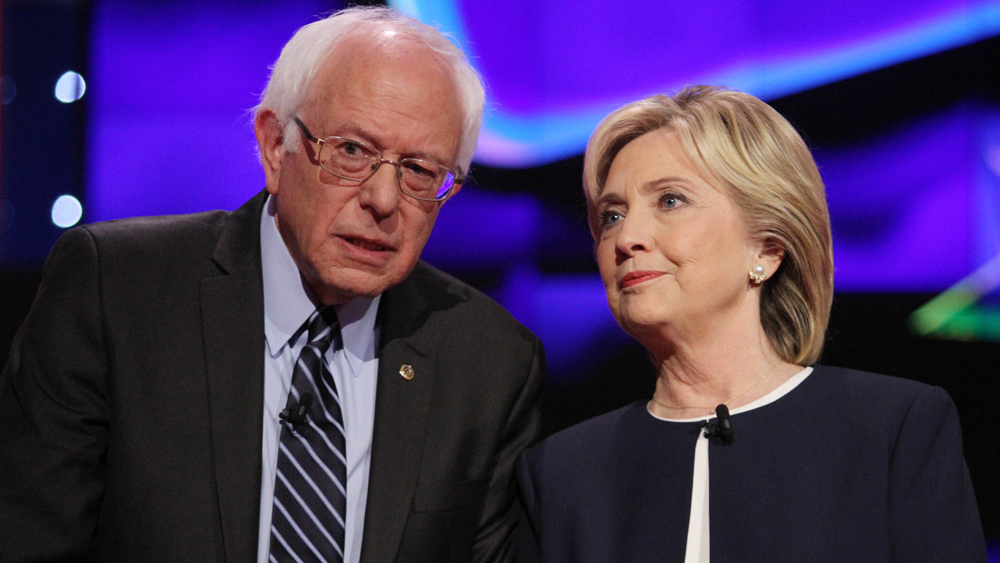 Clinton accepts, and the deal is struck.

In the graphic below, they consummate the deal. Clinton is all smiles. But look at that wry look on Sanders’ face. The guy is in heaven. He no longer must get his suits off the rack. 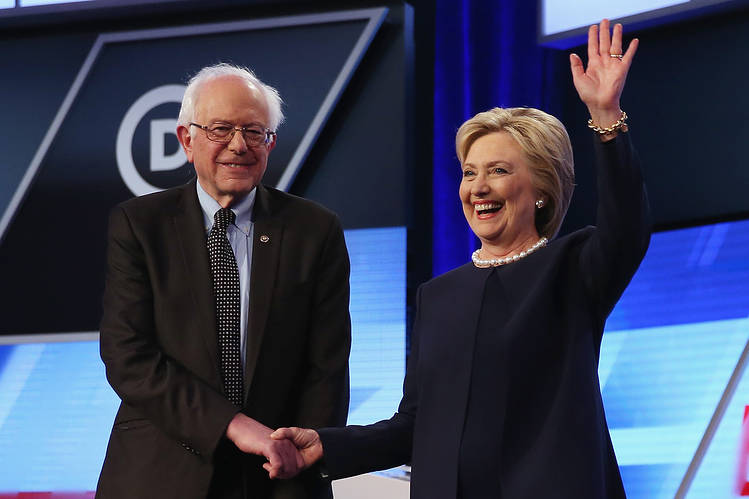 Deal struck, Sanders no longer shops off the rack.

He just became a millionaire in one shake of the hand. And also, he was no longer of suicide by two bullets to the back of the head. 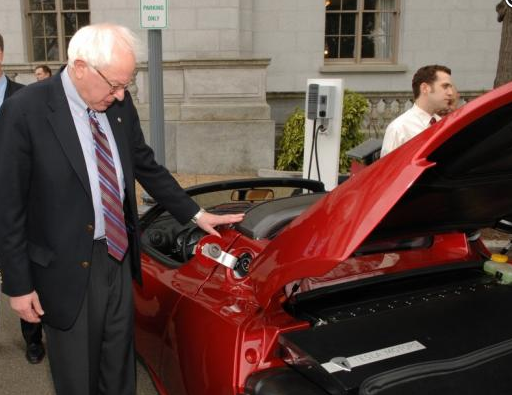 Any wonder why Bernie Sanders was all smiles? 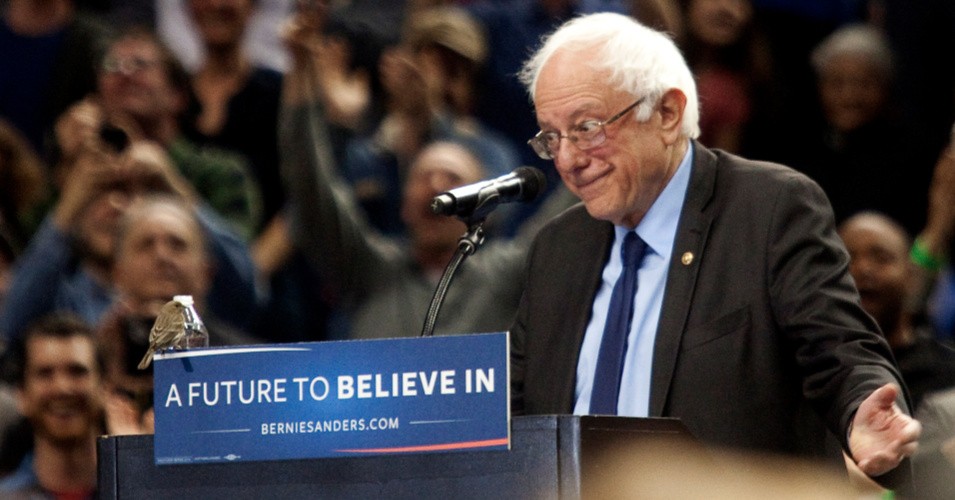 Indeed, “A Future to Believe In”, particularly if things keep going the way they have been going for America’s richest socialist.

In the next graphic, Clinton paraded Sanders around like a puppet. With the deal done, the duo had work to do. Hillary Clinton could garner no traction. Her gameplan was to get Sanders’ “Bernie or Bust” crowd to vote for Old Hills, and it was Bernie’s job to do more than quit the race, but to convert his following. 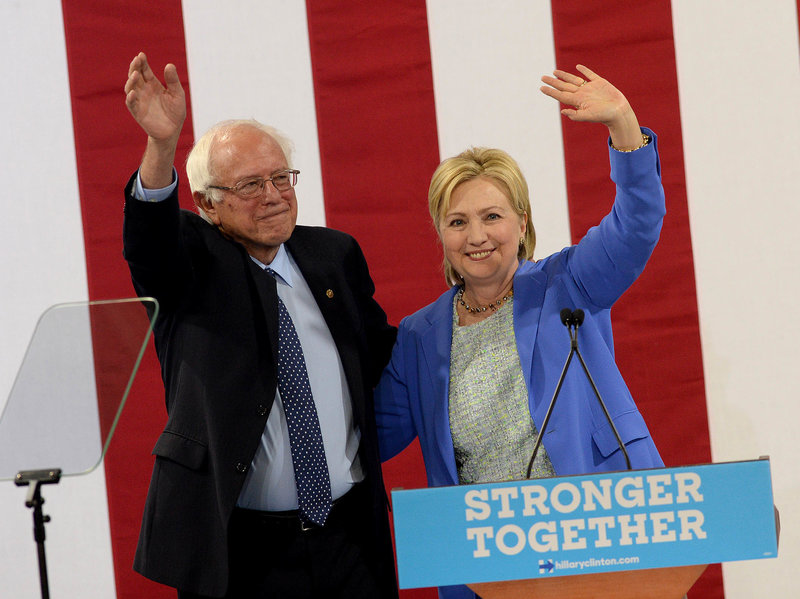 Bloomberg exposed the obvious. Sanders is a sellout.

And what about that Sanders summer “camp”?

For us po’ folks, “camp” means cabin. Unlike what Bernie suggests, the camp is a bit more than a camp.

Its purchase price — $575,000 when he and his wife bought it in 2016 — suggests it’s not exactly a rough and rustic shack in the wilderness.

The waterfront homesits on the island of North Hero in 120-mile-long (190 kilometers) Lake Champlain, between Vermont and New York. The population of 1,000 at least doubles in the summer, with visitors from around New England, Quebec and New York. Properties range from camps for $150,000 to some higher-end homes on the lake, according to Franz Rosenberger, co-owner of Coldwell Banker IslandsRealty.

Rumors are that Sanders paid cash for his third residence. Yahoo went on to describe the place as a “modest seasonal house”.

Perhaps. But just not for a socialist who constantly rails against the millionaires–scatch that, the BILLIONAIRES.

Back to the house.

A spokesperson for Sanders assures Americans that the Sanders “camp” is nothing to brag about. The house sits on an acre and is lake front.

“It’s not a fancy house at all. There are no granite countertops, stainless appliances or anything like that,” he said. He believes the cottage was built in 1910 and renovated in 1984, with a small one-bedroom bunkhouse added later.

Sanders’ wife, Jane, said around the time of the purchase that she and her husband paid cash for the four-bedroom house. She had sold a share of her family’s longtime vacation home in Bridgton, Maine, to her brother for $150,000, and to buy the property, added some money from her retirement account and from an advance her husband got on a book he was writing.

That’s a lot of money for socialists to have sitting around, no matter how they got it. But I love the touch the author of the article added to mitigate the purchase.

They imply that the couple is losing money on it.

It was valued at $540,000 as of 2017, just less than what the Sanderses paid, according to Lisa Keyworth, assistant town clerk.

Even more funny is Yahoo’s attempt to “fact check” Bernie on the number of Vermonters who have summer homes.

Sanders’ assertion that “thousands” of Vermonters have summer homes is difficult to check. Vermont has 77,000 second homes, rental properties or camps, according to Douglas Farnham, policy director for the Vermont Department of Taxes. Of the roughly 18,000 camps, about 45% have Vermont mailing addresses, but that doesn’t necessarily mean the owners are Vermont residents, he said.

Who cares how many Vermonters have vacation “camps”?! Socialists don’t have THREE HOUSES! Further, socialist are not supposed to be MILLIONAIRES.

If Sanders believes this to be a dead issue, he’s sadly mistaken. This is NOT over. If for some reason he makes it through the primary, Trump won’t let it go. And time won’t heal this wound.

President Trump will drive home the idea of Sanders being a lying skank when it comes to socialism.