Joe Biden wants the world to pay attention as he criticizes President Trump’s response to the Wuhan virus.

Of course, he’s hoping we’ve forgotten his role in the response to H1N1.

Biden went on record to say the virus itself isn’t Trump’s fault. Which all in all is pretty surprising, considering most leftists pretend Trump dreamed up this illness and then personally spread it to every single infected person on the planet. But Biden didn’t throw out that admission without a caveat.

And that caveat, according to Biden, is Trump’s response to COVID-19. Apparently, the president hasn’t moved fast enough.

“The View” co-host Sunny Hostin had asked Biden about accusations that Democrats were politicizing the virus.

“I think there’s truth to both sides. That’s why, if you notice on what I’ve been doing, I have not been criticizing the president but I’ve been pointing out where the disagreement is with how to proceed,” Biden said.

“As I pointed out yesterday, the coronavirus is not his fault, but the lack of speed and alacrity with which to respond to it has to move much faster. As I pointed out, this is not about Democrat or Republican.

“This is not about what your party is. It’s about getting through this and the American people don’t want us in a political fight — and I want no part of a political fight, either. But when the president says things that in fact turn out not to be accurate, we should not say, ‘you’re lying.’ We should say, ‘Mr. President, that’s not the fact. Here’s the deal,'” Biden said.

Honestly, I thought this was some kind of joke.

Joe Biden wants to explain how to tell the truth to President Trump. I recall a little virus known as H1N1 circulating the country during Obama’s administration. What I don’t remember is social distancing, quarantines, or shelter in place orders.

According to the CDC:

And as Kevin Jackson recently penned, Obama was busy playing golf when H1N1 called for an immediate response.

Imagine if President Donald Trump golfed at any point in the last couple of weeks. The media would have fricasseed him.

Instead of golfing, President Trump rose to the occasion. And his decisive actions saved lives.

Moreover, he calmed the nation despite the attempts by Leftists to panic us. Trump acted so presidential that former detractors praised him. People like Dana Bash of CNN called the president’s response, “remarkable”. Governors Gavin Newsom and Andrew Cuomo praised President Trump in ways nobody thought possible.

Still, other Leftists tried to undermine the president and his administration. Because for them, the stakes are so high, that losing the next election isn’t an option. The public health and well-being be damned.

Leftists hoped for more people to die. Many blamed the president for a disease that originated in China. When President Trump called the disease the “Chinese Virus”, promptly and predictably Leftists called him racist.

Unfortunately for the Left, all their efforts to blame Trump will fail. Trump will stay the course, as he has since he announced his run for the presidency. His steadfast attitude of MAGA shows in all his policy moves. And Americans know who put people over politics.

I recently wrote that Donald Trump has been preparing us for this moment since his first day in office.

Trump said: “We need to close our borders.” And leftists cried out “racist!” How about when Trump said “we need to bring our businesses home?” And liberals cried out “nationalist.”

Our president said “we need to be less dependent on other countries.” But liberals said Trump was destroying other nations. And when Trump said “take care of America first,” his wisdom was laughed at. Funny how a virus put things in perspective.

Suddenly, all those people shouting “not my president,” are waiting for President Trump to step in and say “we’re going to help you until this gets better.” Now, Trump’s plan makes perfect sense, even to the libtard doubters that plague his administration. 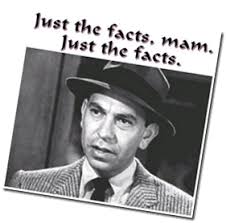 As Joe Friday used to say, we need ‘just the facts.’ Not the liberal spin. Which makes it a bit vindicating when a study from Johns Hopkins backs my assertion.

The United States was ranked the best-prepared country in the world to handle a pandemic in late 2019 by the Nuclear Threat Initiative (NTI) and the Johns Hopkins Center for Health Security (JHCHS) — an assessment seemingly at odds with claims by Democrats that the Trump administration left the country vulnerable to the ongoing coronavirus outbreak.

The Global Health Security Index was “developed with guidance from an international panel of experts from 13 countries, with research by the Economist Intelligence Unit” from 2018 to 2019, The Washington Post reported last year. “More than 100 researchers spent a year collecting and validating publicly available data.”

And the fact-checkers are calling out Joe Biden for his blatant spread of misinformation.

…the Biden team has repeatedly argued that the president once referred to coronavirus as a “hoax.” That claim has been refuted by numerous fact-checkers, including the Post’s, which found that Trump was clearly referring to Democrats’ efforts to blame him for the pandemic, not the virus itself.

Additionally, numerous Democrats, including Biden, have falsely claimed that the president cut the Centers for Disease Control and Prevention (CDC) budget. The Associated Press has noted that those claims “distort” the facts.

In the middle the pandemic, you called Coronavirus the “swine flu,” opposed travel restrictions from global epicenters that experts have credited as helpful, and parroted the CCP’s ‘bigotry’ line on Beijing culpability. https://t.co/XBwvHi4Qtw

Biden wants us to believe we will all fall victim to COVID-19, and we’ll have Trump to blame. But when even left-leaning fact-checkers dispute Biden’s claims, well, that brings things into focus.