US District Court Judge Emmet Sullivan, who is overseeing former national security adviser Michael Flynn‘s criminal lying case, has retained a Washignton, DC, law firm run by well-known trial lawyer Beth Wilkinson to help him respond to the appeals court about the Flynn case, according to a person familiar with the arrangement.

In other words, Sullivan needs help explaining his decision. Let’s all say it together: Affirmative Action. 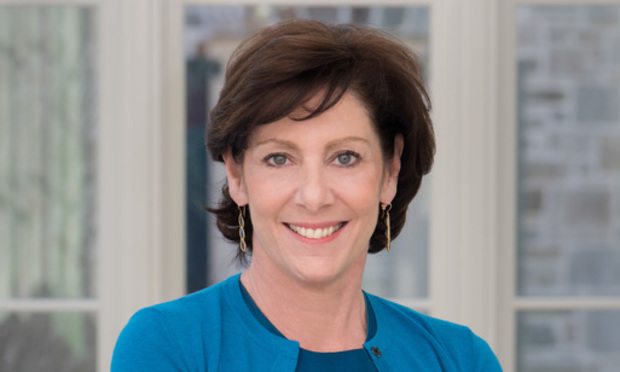 Sullivan, who is black, hires Beth Wilkinson who is white. Apparently black Leftists really do need white people to help them navigate life.

It may surprise people to learn that Sullivan was appointed to the bench of the Superior Court of the District of Columbia in 1984 by President Ronald Reagan. It was President George H. W. Bush who appointed Sullivan to the District of Columbia Court of Appeals as an Associate Judge in 1992. Finally, Bill Clinton appointed him to the federal bench in 1994. So for the most part, Sullivan owes his career to Republicans.

But make no mistake about it, Sullivan is a Leftist. And so is his new attorney, Beth Wilkinson.

She is described by many as one of the most distinguished litigators in Washington. She rose to prominence prosecuting Oklahoma City bomber Timothy McVeigh under the supervision of later-Circuit Judge Merrick Garland.

As for Sullivan’s request for support, the move is described as a “high profile legal assist.”

Indeed, given all we know about General Flynn’s case. Evidently Sullivan follows a political agenda, and not the rule of law. Because I’m no lawyer or judge, but I know that General Michael Flynn was railroaded by a corrupt Comey-led, Obama-fed DOJ.

The new and improved Trump-era Justice Department earlier this month agreed with Flynn that it should drop his prosecution. They recognized the setup and did their part to try to restore some semblance of decency to the DOJ.

However, Sullivan squashed the deal. And now he wants outside counsel to support his atrocious decision. It appears now that Sullivan may want to escalate the charges from lying to the FBI, to whether Flynn committed perjury in his statements to the court.

Let me answer the question as to whether or not the DOJ’s move is political: it is! And rightfully so. Clearly the maneuver is to help the DOJ save face.

I love Flynn’s response- going around Sullivan, taking his case directly to the appeals court. The appellate panel demanded that Judge Sullivan explain his stance to them by June 1.

The three-judge appellate panel includes two Republican-appointed judges. Claims are that the Republican judges have been sympathetic to the Trump administration regarding cases related to the Mueller investigation. If that is the case, these would be the smart judges. We all know the outcome of the Mueller hearings. With or without “fruit of the poison tree” these hearings never should have taken place.

I’m confident that Flynn’s attorney will get him his pound of flesh from the Democrats. The only justice here is to completely exonerate General Flynn, and get the treasonous bastards who set him up.