As if the Democrats don’t have enough to worry about?! Supreme Court Justice Ruth Bader Ginsburg returned to the hospital the other night.

But as we learned from the fake news media, an 87-year-old Democrat going to the hospital should raise no red flags. In fact, Ginsburg remains healthy as a 21-year-old cross-fit champion. 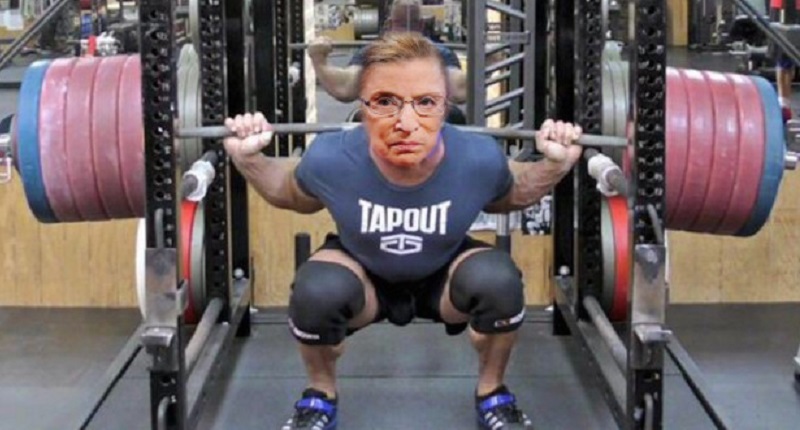 The report of her latest incident reads as follows:

According to her doctors, stent revisions are common occurrences and the procedure, performed using endoscopy and medical imaging guidance, was done to minimize the risk of future infection.

The Justice is resting comfortably and expects to be released from the hospital by the end of the week.

As I consider this latest story of Ginsburg’s “minimally invasive non-surgical procedure”, a couple of things come to mind.

First, if the non-surgical procedure is so minimal, then why is she staying in the hospital through the end of the week?! Frankly, I know people who have invasive surgical procedures released in a shorter time.

Second, I recall how the media described her last visit. Here’s how CNN reported the story:

Justice Ruth Bader Ginsburg has been taken to the hospital and treated for a possible infection, according to a court spokeswoman.

“Justice Ginsburg was admitted to The Johns Hopkins Hospital in Baltimore, Maryland early this morning for treatment of a possible infection,” spokeswoman Kathleen Arberg said Tuesday.

“She was initially evaluated at Sibley Memorial Hospital in Washington, D.C. last night after experiencing fever and chills. She underwent an endoscopic procedure at Johns Hopkins this afternoon to clean out a bile duct stent that was placed last August. The Justice is resting comfortably and will stay in the hospital for a few days to receive intravenous antibiotic treatment.”

That pesky stent is at it again! Where is Scooby Doo when you need him?

Apparently, for CNN and other Leftists covering for Ginsburg, recurrence of cancer can be described for the public as a “mild infection”.  Because as it turned out, Ginsburg’s cancer had returned.

Eventually, Ginsburg fessed up, issuing this statement at that time:

On May 19, I began a course of chemotherapy (gemcitabine) to treat a recurrence of cancer. A periodic scan in February followed by a biopsy revealed lesions on my liver. My recent hospitalizations to remove gall stones and treat an infection were unrelated to this recurrence.

Immunotherapy first essayed proved unsuccessful. The chemotherapy course, however, is yielding positive results. Satisfied that my treatment course is now clear, I am providing this information.

My most recent scan on July 7 indicated significant reduction of the liver lesions and no new disease. I am tolerating chemotherapy well and am encouraged by the success of my current treatment. I will continue bi-weekly chemotherapy to keep my cancer at bay, and am able to maintain an active daily routine. Throughout, I have kept up with opinion writing and all other Court work.

Knowing what most Americans were thinking about an 87-year-old still working in a job that required a person working at full capacity, Ginsburg finished her statement:

I have often said I would remain a member of the Court as long as I can do the job full steam. I remain fully able to do that.

Whatever. Clearly Ginsburg should have retired years ago, as she can no longer do her job full steam.

She recently bragged that a senator who questioned her health is now dead. Further, she added that she takes her job “year by year.” Nonsense.

While nobody has a guarantee of life, at 87 years old, Ginsburg can only take life day by day. She may want to avoid giving Trump a vacancy to fill. But Father Time might have a different plan.

Either way, we certainly wish her good health and well-being.