A lot of press goes to fake polls that show Joe Biden ahead. But that’s how Democrats work: with misinformation.

I will explain how the Republicans will flip the 17 seats needed to defeat Pelosi. But let recap a bit, as the Democrats use the tactic that failed miserably in 2016. It fares no better today.

Trump exposed every Democrat trick in the book, as he “drained the swamp”. And while doing so, Trump defanged the Left’s biggest ally: the media.

I know; nothing new here. Here’s more non-news, until we get to the good part.

Trump won an unwinnable race in 2016. The deck was stacked so much against him, only a fool would believe Trump would ever become president. I was one such fool.

Miraculously however, he defeated the most crooked group of politicians in the history of the Republic. A win that should have made Democrats denounce the Devil and fill churches all over the country.

Now one might think Democrats would learned something in that brutal loss. Things like, get a moral core. Stop cheating in elections. Also, stop lying and actually learn to love America. Oh, and more thing: select better candidates. Nevertheless, I repeat; they learned nothing.

Though Hillary Clinton was a horrible candidate, Democrats reached lower in the barrel. For rinse and repeat, Democrats selected a man with obvious diminished mental capacity. Too stupid to be a dog catcher.

Essentially, Biden at his best is a horrible candidate. 47 years in politics with no significant accomplishments. Pathetic.

Laughingly ironic, Biden represents the best that Democrats have to offer. A demented old man, stuck in the 60s. So now Democrats must work exponentially harder to watch Biden lose, than they did Hillary.

Consider that they hid the man for months. And this was their public strategy.

From his bunker, Biden field a few softball interviews which he still blew.

Then, when Biden finally emerged, they scripted every appearance. And they continue to do so. With all this orchestration, things are so bad for Biden that he actually reads the producer’s directions on his teleprompter.

If his surrogates are asked about Biden’s use of the teleprompter, they get offended; even when caught. 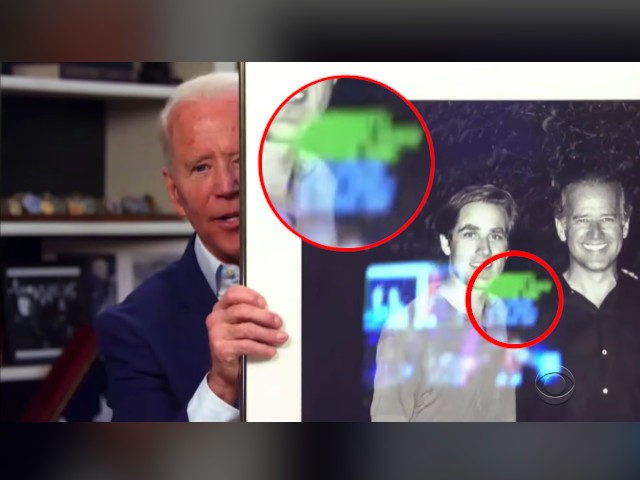 Now the real problem for Democrats: down ticket

The inordinate amount of time Democrats spend “handling” Biden puts a strain down ticket. Biden’s weak candidacy hurts Democrats running in key races, and that’s not good for presidential election years. Their candidate should be strong enough to win, and bring in votes for Congress. Biden can’t do either.

I don’t have the answer to this question, but how many Democrats are asking Biden to campaign with them? I haven’t seen a single Democrat candidate for House or Senate ask Biden to help his or her campaign. If I’m wrong, please tell me.

The ONLY hope for Democrats in tough down ticket races is cheating. And they can’t cheat enough to keep the gavel in Pelosi’s hands.

While Democrats congratulate themselves with fake polls, President Trump makes their lives miserable in their ability to sell the polls. Consider his most recent accomplishments, where two Arab countries recognized Israel.

Trump actually has brokered an initial peace in the Middle East. And it was his Jewish son-in-law who made it happen. Not some lifelong bureaucrat, happily kicking the can down the road.

And as Trump makes, well Trumpian moves, Biden campaigns on “science”. He discusses things like global climate change and Wuflu nonsense. And while Biden drones on about the end of the world, Trump makes room in his trophy case for not one, not two, but potentially THREE Nobel Peace Prizes.

Is there any doubt that Trump deserves them? Nobel gave the prize to Obama for nothing, so not giving at least ONE to Trump might tip their hand.

If I know Trump–and I have met him–I know that he won’t care about the “trophy”. The accomplishment is in the history books, so Leftists can keep their trophy.

Despite what the news reports, Trump is much more popular than the polls suggests. So Republicans can focus on key areas of this election. Unlike Democrats, Republicans don’t need to boil the ocean.

Clearly based on their latest strategy, Republicans see an opportunity to regain the House in the upcoming election, as they did in the past with Newt Gingrich’s Contract for America. They outlined their “Commitment to America” agenda. And the agenda provides insights on how they plan to win back the House in November.

They will address the effects of the damage done by the Wuflu “scamdemic”. The Republicans will help Americans get back to work and restore normalcy to their lives. Tackling Wuflu segues into Trump’s twice-built economy.

As the economy goes, the Republican agenda revolves around tax breaks and incentives to create jobs. Unlike Trump’s predecessor, he understands how to bring jobs back to America.

Finally, the Republican plan tackles education; a Leftists enclave. But perhaps not anymore.

The agenda has three main objectives: “Restore Our Way of Life,” “Rebuild the Greatest Economy,” and “Renew the American Dream.”

To win the House and achieve their agenda, the Republicans need to flip 17 House seats in November. Thankfully, Democrats help daily as they seek to defund the police and destabilize communities.

As a strategist, I can attest that this may be the first long-term plan to restore republicanism in America that I have seen in my lifetime. These plans are not transactional or even tactical. They are indeed strategic. Like the revamping of education, for example.

Education has been completely controlled by the Left for decades. The system doesn’t educate, but instead indoctrinates. The outcome can be seen in streets all across America with the chaos of CHOP, Antifa, and BLM. However, the Wuflu scam provided exactly the impetus needed to right the ship.

Distance learning separates “teachers” from students. Parents are now more aware of the curricula presented, and they are fighting back. The impact of 2020 on education with Wuflu, while disrupted to many, may prove to be the thing that broke the back of the wackademics.

What a nice change for Republicans to actually plan for a future longer than 2 years. America, this could be the start of a beautiful friendship.