President Donald Trump observes the little things. And when it comes to Democrats, that’s a full-time job with overtime.

And on the subject of the scamdemic, Trump sarcastically noted how Biden loves his mask.

President Donald Trump poked fun at Joe Biden for the way he wears a mask during a campaign rally in Pennsylvania pic.twitter.com/WeOyDnAEBv

The Associated Press reported on Trump’s comments to a group of supporters:

“He has it hanging down. Because, you know what, it gives him a feeling of security. If I were a psychiatrist, I’d say this guy has some big issues.”

Trump alludes that Biden’s mask perhaps reminds him of Linus’ blanket on Charlie Brown. Actually, more like a pacifier for an infant.

Earlier in the campaign, Biden would do entire events with a mask hanging over his ear

Earlier in the campaign, Biden would do entire events with a mask hanging over his ear pic.twitter.com/xvj39E1ajk

I can’t believe Joe Biden actually used a clip of him rocking the “mask dangling off one ear” look in a new ad pic.twitter.com/3cxMQnBCZj

Something tells me that despite Biden “rocking” the dangling mask, the look won’t become a fashion statement.

But Biden isn’t the only Leftists mocking the mask mandate. Look at how Democrat scoundrel Jerry Nadler decided to sport his mask.

Jerry Nadler would like to remind all Americans to wear a mask. pic.twitter.com/FmHCVXNCyE

Old Jerry is taking a breathing break, I suspect. Sucking oxygen through a mask can be taxing on the lungs.

Although Nadler had gastric bypass surgery to drop a couple of hundred pounds, his body still thinks it’s fat.

Honestly, many of these dictatorial Democrats know that Wuflu is scamdemic. Americans have a better chance of being mauled by a lion than catching Wuflu. But Democrats publicly sell the ruse. Privately however, they act very differently.

Take New York’s Gestapo governor, Andrew Cuomo. The man who still has his state on lockdown due to the dreaded Wuflu, happily takes a picture without his mask.

Look at the guy behind him, in a mask. And what of his staffer literally carrying his water. She has on her mask. But not Cuomo. He wouldn’t be caught dead wearing that stupid thing.

Found this picture of someone without a mask on the internet today. https://t.co/NlmjKCY9kC pic.twitter.com/mWubulugQB

Babylon Bee appropriately spoofed mask mandates. And after reading this, if you still believe masks protect you, then you are as big a fool as Biden. 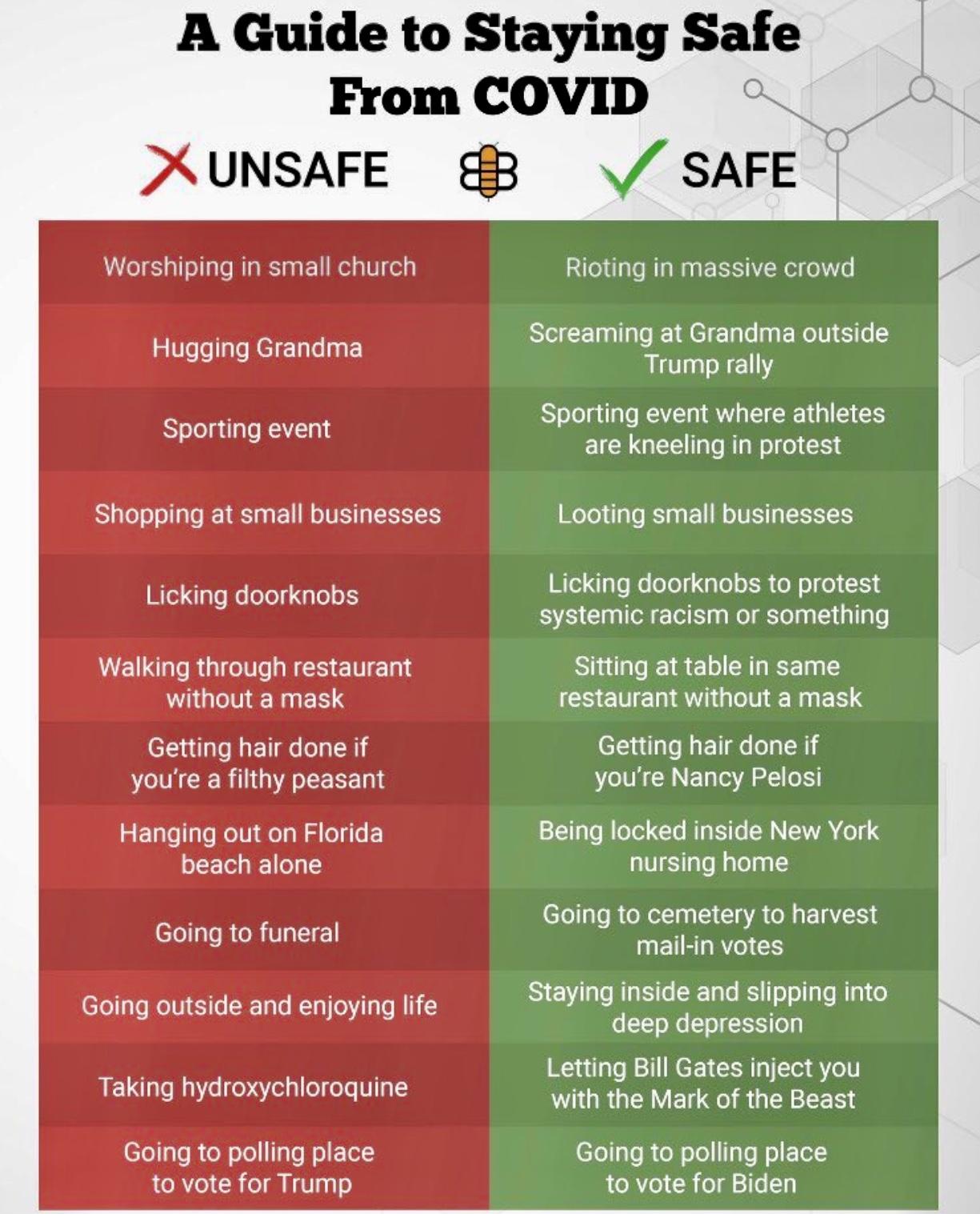 Understand that the mask mandates have backfired.

With the latest announcement by the CDC that Wuflu numbers were wildly inflated, it’s just a matter of time before things return to normal.

And that won’t help Democrats. These clowns destroyed businesses and lives over a lie.