If only President Trump had nominated Amy Coney Barrett last time, I might still be on Fox News. LOL

Oh well, life goes on for this free-range Negro. And I have no complaints. In fact, I’m feasting. Life is not good; actually, life is GREAT!

And the nomination of Barrett puts a big smile on my face, though not as big as November 8, 2016. Nothing will ever top that. And Leftists continue losing their minds over the 2016 election, because they must.

If they only considered the alternative result?

Imagine Hillary Clinton stacking the court with Black radicals and vagina-hat-wearing nasty girls. While this appeals to a few of hardcore strap-on feminists, the thought of a Hillary Clinton presidency scared the crap out of most Leftists.

Regardless, Trump won and restored true conservatism to politics, and specifically to the court. By conservatism, I’m not talking about that half-pansy-ass Chief Justice Roberts’ version of Bush’s “passionate conservatism”. Real conservatism.

Now Trump gets his third pick. And he’s not done, as I predict the latest will be 3 out of 4. Yes Leftists, I’m confident that Trump will get one more meal at the buffet.

Before I identify those problems, here’s a link I got about how they plan to thwart Justice Barrett. 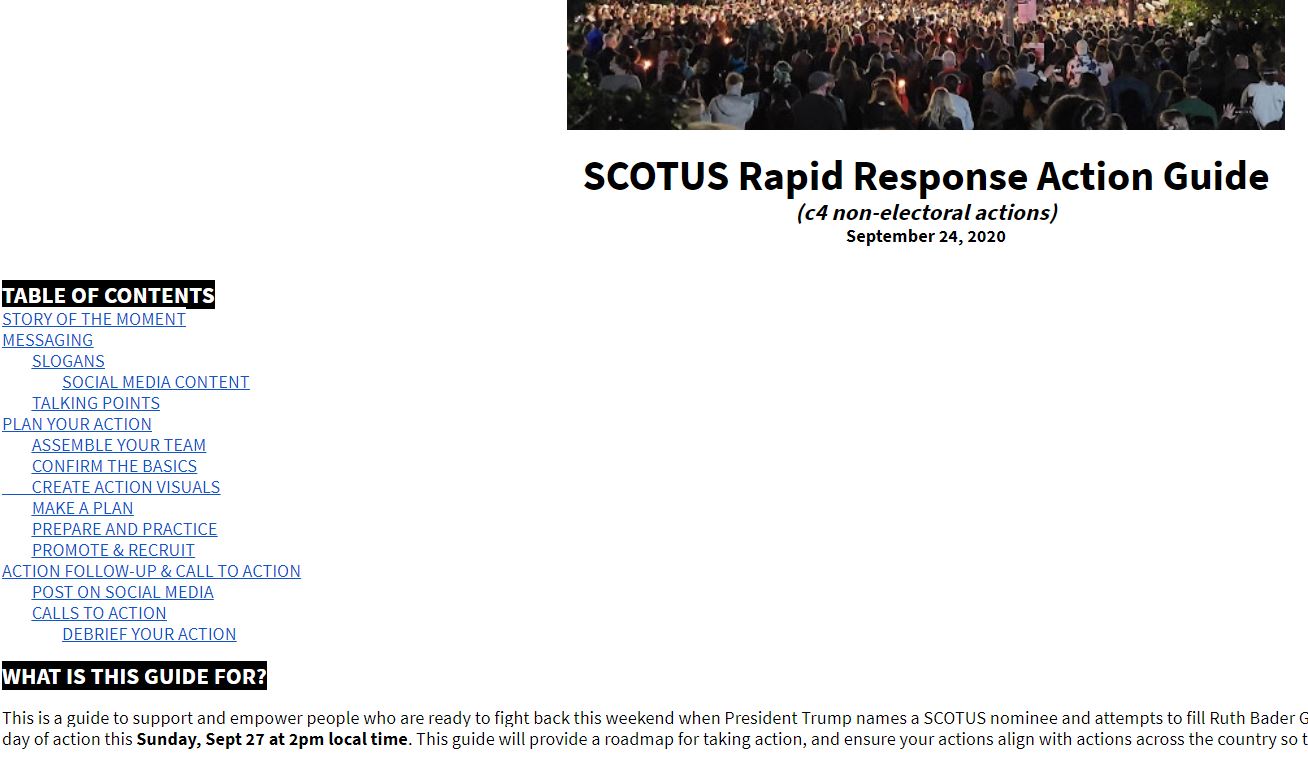 Visit the link to check out what the Left is instructing its radicals to do to keep Barrett off the court.

Now allow me to explain how it won’t work.

First, Barrett is an obvious woman. And while some feminists will try to bring her down, you can’t have your cake and eat it too, Ladies. Celebrating only SOME women reaching the pinnacles of their careers appears (and is) disingenuous. So what’s a girl to do.

Second, the woman adopted kids. Currently she’s under attack for having adopted kids, but that just speaks to the insanity of the Left.

Third, and Holy Mother of Accomplishment, Barrett is qualified.

Barrett is currently a judge on the 7th Circuit U.S. Court of Appeals in Chicago. After graduating from Notre Dame Law School Barrett clerked for the late-Justice Antonin Scalia.

You just can’t get stronger creds than that. But wait ShamWow, there’s more!

Barrett then became a professor at Notre Dame before ascending to Federal Judge under President Trump.

As we’ve learned from other Trump SCOTUS appointees, the Left will do their digging. And when they can’t find anything, they simply make it up, the LYING SKANKS! But they will have a difficult time with Barrett. Because as Dinesh D’Souza’s Instagram post suggests, Barrett is Mother Teresa:

I will save Leftists a lot of time and anguish. Barrett will be confirmed as the next SCOTUS, much to the chagrin of the Left.

And since we are ripping the band-aid off quickly, know these certainties. Like, Trump will easily defeat Biden. Still, I know this is a lot to take in but Republicans will maintain control of the Senate AND win the House.

Ok, I’m done…for now. But only because I don’t want to pile on.

Wait, one more. Obama will be revealed undoubtedly as the fraud he is. Now let’s move on, though Leftists should discipline their anguish now to avoid much more trauma later.

It’s like I’ve warned on my radio show that Leftists must consider learning the truth. Like the truth that Obama was a horrible president. It’s in the past, might as well face the facts.