COVID as a health risk is a scam. Sure, the disease kills a few people. But it’s not nearly as deadly as the Left proclaims with their so-called science.

In fact, if they really counted the number of people who have it, the number is supposedly around 50,000,000. COVID is so dangerous that the majority of people are theorized to have it and NOT EVEN KNOW IT!

The worst thing that will happen for most people is a runny nose and possibly a lost sense of smell. Both of which are temporary.

So why not report the REAL numbers? Because a 0.4 percent death rate doesn’t SELL! And neither do the ancillary effects of this ridiculous ruse.

Take for example this story of an 11-year-old committing suicide ON CAMERA, due to the lockdowns.

A California sixth grader died Wednesday after shooting himself while he was on a distance learning Zoom call with his class, the San Joaquin County Sheriff’s Office said.

The boy attended Woodbridge Elementary School, which is part of Lodi Unified School District. That district has been using the distance learning model since it began the school year on Aug. 3. According to Sandra Mendez, public information officer for the sheriff’s office, the boy was on the Zoom but had his audio and video turned off. The victim’s sister was in another room, also in a distance learning class, when she heard the gunshot. She had her audio and video on. She rushed to her brother’s room and found him, alerted her teacher to what happened, and ran to the neighbors who called 911.

This kid was suicidal because all he has ever known is freedom. These COVID Nazis changed his way of life, and he couldn’t adjust. Tragically, he’s not alone.

In Japan, reports claim that more people died of suicide than Wuflu last month. That statistic doesn’t surprise me in the least.

Back to the boy

“We are deeply saddened to report that based on the preliminary findings, an 11-year-old student from Woodbridge Elementary School has passed away due to injuries from a self-inflicted gunshot wound,” the post said in part. “This investigation is still ongoing. Our thoughts are with the family and all those affected by this tragic event.”

According to ABC10, the family said it was an accident, but a San Joaquin County Sheriff’s Office spokesperson said the preliminary findings indicate the shooting was intentional.

There have been increasingly alarming reports examining the toll the pandemic is having on everyone’s mental health — especially kids. The isolation, loneliness, and frustration many of us feel being separated from friends and family and our “normal” routine feels impossible some days, especially as the pandemic drags on.

In short, Leftists are trying to drive people to suicide; or at least crazy.

The death of this young boy and countless others who have succumbed is on the backs of these lying scumbag Leftists promoting this Wuflu ruse. We are far past time to end this nonsense. 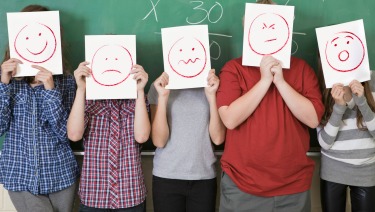 Consider the after-effects of this on a generation of Americans:

ParentsTogether, a national organization of more than 2 million parents in the United States, recently surveyed 500 parents and their kids. Seventy percent of kids surveyed said they feel more sad, worried, or overwhelmed than before the pandemic began. To make matters worse, “in families making under $50,000 a year, kids were twice as likely to say they felt sad, angry, scared or lonely ‘a lot’ in the past week compared to kids living in households making more than $100,000 per year.”

Another study, published by the CDC, showed the proportion of emergency room visits related to children’s mental health increased from March to October this year. The study showed mental health-related emergency room visits increased 31 percent for kids between the ages of 12 and 17 compared to the same period in 2019. For children between the ages of five and 11, a 24 percent increase.

In fact, here are a few statistics we should all be aware of when it comes to children and suicide.

Now, add the WuFlu to this already tragic scenario, and it’s a recipe for disaster. If we’re not willing to take a stand for ourselves, we should at least stand up for the children. Like Whitney Houston said, the children are the future. And no one wants a future that died. Especially from a scamdemic.