Leftists bully routinely and for sport. Yet, they claim to fight bullies.

Look at the recent bullying of Piers Morgan who dared speak the truth about Meghan Markle. The stone-stepping “douches'” who complained recently about her royal life.

Morgan spoke for millions, perhaps billions in declaring his disbelief of Markle. While money doesn’t buy happiness, neither does marrying pretentious wenches who can never be satisfied.

Sharon Osbourne of “Ozzy’s wife” fame and The View spoke up on Piers Morgan’s behalf. And then she changed her mind.

Sharon Osbourne is apologizing after defending Piers Morgan — but he thinks she’s been “bullied” into it.

This week on The Talk, Osbourne got into a heated debate with her co-hosts, including Sheryl Underwood, while defending Morgan amid his criticism of Meghan Markle’s interview with Oprah Winfrey in which the duchess claimed she experienced racism by the royals leading to suicidal thoughts. Now, Osbourne is clarifying her position.

“After some reflection, after sitting with your comments & sitting with my heart I would like to address the discussion on The Talk this past Wednesday,” she wrote on social media. “I have always been embraced with so much love & support from the Black community & I have deep respect & love for the Black community. To anyone of color that I offended and/or to anyone that feels confused or let down by what I said, I am truly sorry.”

Even more ridiculous is Sheryl Underwood’s response to Osbourne’s questions saying “Educate Me!”

“I will ask you again Sheryl, I’ve been asking you during the break and I’m asking you again, and don’t try and cry cause if anyone should be crying it should be me,” Osbourne said.

“Educate me!” Osbourne, with tears in her eyes, said. “Tell me when you have heard him say racist things.

Underwood responded that “it is not the exact words of racism, it’s the implication and the reaction to it.”

Ohh – “it’s the implication and the reaction to it.”

This is where the racism cause falls apart time and time again.

When we start using implications and reactions to anything – we do not argue.  Because what she is really saying, but doesn’t have the intellectual bandwidth to understand, is this boils down to “perception.”

Get it?  Perceptions are a dime a dozen.

And for Meghan, more so than Harry – she knows this.  She’s the perennial victim and has played this hand many times.  She banks on racial “perceptions,” as she trolls this topic as the latest cause celeb. It’s sad to watch someone without any familial relationships come in between the Royal Family, that actually has familial relationships – a whole long line of them.

Markle has hit on the two mainstay controversies right now: racism and suicide, and she disgustingly played them.  Using Harry’s experience with his mother’s death, at the hands of an insatiable press, and her reported suicide attempt to draw comparisons between them is horrid.  Both were used to emotionally manipulate Harry into believing he had to protect her and their son from the same fate as his mother.

Her claims are too well planned and contrived.  It’s hard not to contemplate her motive.

Apparently, Piers Morgan thought so. Maybe this storyline didn’t sit so well in the public arena, after all either.  Morgan seemed to follow her career for a long time.  Her interview didn’t ring true.  So he called her out on it and called out others as well.  He walked out on his broadcast in disgust, and then quit.  But not before stating emphatically that he had a right to his opinion.

Sheryl Underwood called him a racist for not believing her.

Let me get this straight: Underwood says to declare something racist – is not using racist words but implying something and the reaction to it, that makes it racist.  Morgan dismisses Markle’s dribble as nonsense, but Underwood’s racism litmus test declares he implies it and reacts to it.

Piers Morgan called baloney on the Markle interview.  End of story. Never implied or reacted to anything about race, yet Underwood drums up the race card for the win – again.  Except she doesn’t win.  She looks like a fool for her argument and her “implied” reasoning.

Morgan and Osbourne both had an opinion, and a right to express them.  That’s actually the formula for their respective shows. But once again, the likes of Underwood and the woke Left continuously bully to utilize the race issue. Now we have a journalist out of a job and an entire show going through a “racist review.”

Forgive me if I yawn.

Right on Piers Morgan for sticking up for your opinion.

And right on Sharon Osbourne for sticking up for your opinion of your friend.  Until you didn’t anymore.  At the point you allowed yourself to be bullied by the black Sherry Underwood because of implications and reactions, of which, there were none.

Osbourne’s show The Talk is on hiatus so it can do a full review of her comments.  They are going to decide if racism played a part in her outburst.  This controversy is of Underwood’s making.

My question is this:  Whose perception of implications and reactions do we use as our litmus test while we judge accusations of racism?

Let’s not discount Underwood’s bullying to spread her conjured racist lies.  Because nothing screams racism like a bullying crowd shutting down a different perception of implications.  Ugh.

As for this trend of cancel culture, it’s growing out of control. Aren’t you tired of liberals and their hurt feelings? I know I am. And our team at The Black Sphere, as part of the Kevin Jackson Network, is working to cancel the cancel culture. Tell us what you think! 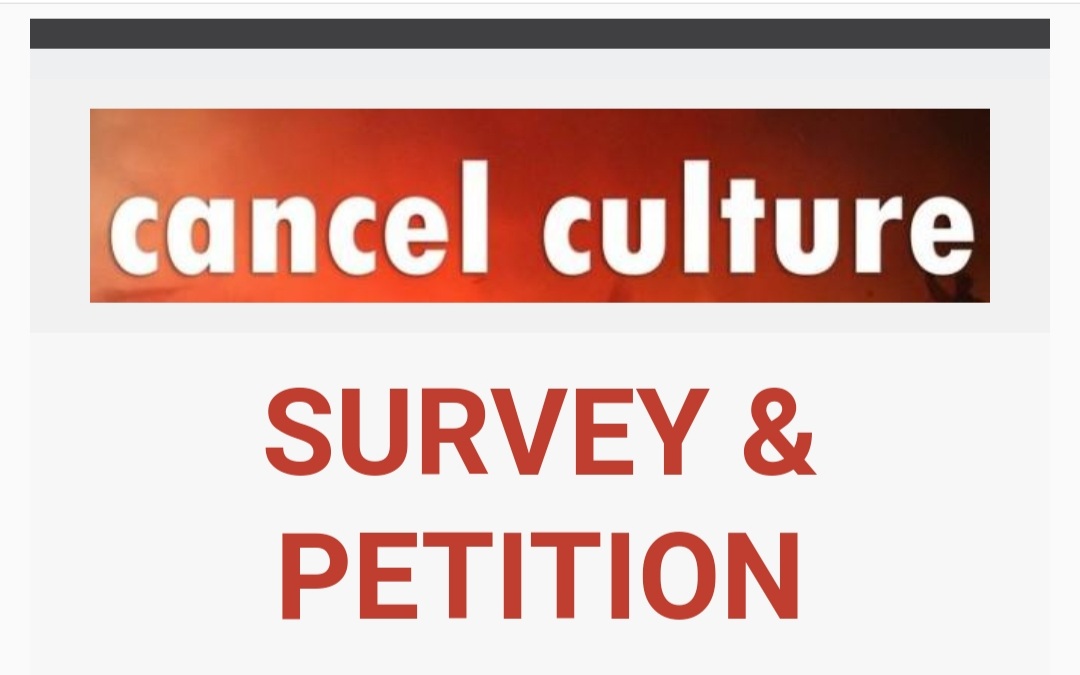