It’s now racist to deny being racist, at least if you are white.

And that’s what a prominent white doctor attempted to do in a podcast, where he defended his industry and peers from calls of racism. In today’s climate of Leftist idiocy, he was reprimanded.

In this video, I speak of the future of white people, if America allows this condoned racism to exist.

The editor-in-chief of the prestigious Journal of the American Medical Association has been placed on administrative leave pending the outcome of a probe into a controversial podcast episode that appeared to deny structural racism exists in health care — which critics quickly blasted as racist.

The American Medical Association’s Joint Oversight Committee announced Thursday that Dr. Howard Bauchner would be replaced by an interim editor.

“The decision to place the editor-in-chief on administrative leave neither implicates nor exonerates individuals and is standard operating procedure for such investigations,” the committee said in a statement, WebMD reported.

Dr. Edward Livingston, the host of the podcast didn’t even wait on the outcome. He decided to keep himself out of the media as much as possible. So he resigned.

While Livingston didn’t believe himself to be racist, he still opened an opportunity for some Black doctor who might get called to step in. Reparations “Medical-style.” Or perhaps “Affirmative Action,” take your pick.

What did Livingston say that was so bad? He dared question the lunacy that being born white makes him or anybody else a racist. And he is correct.

Livingston said during the podcast: “Structural racism is an unfortunate term. Personally, I think taking racism out of the conversation will help. Many of us are offended by the concept that we are racist.” 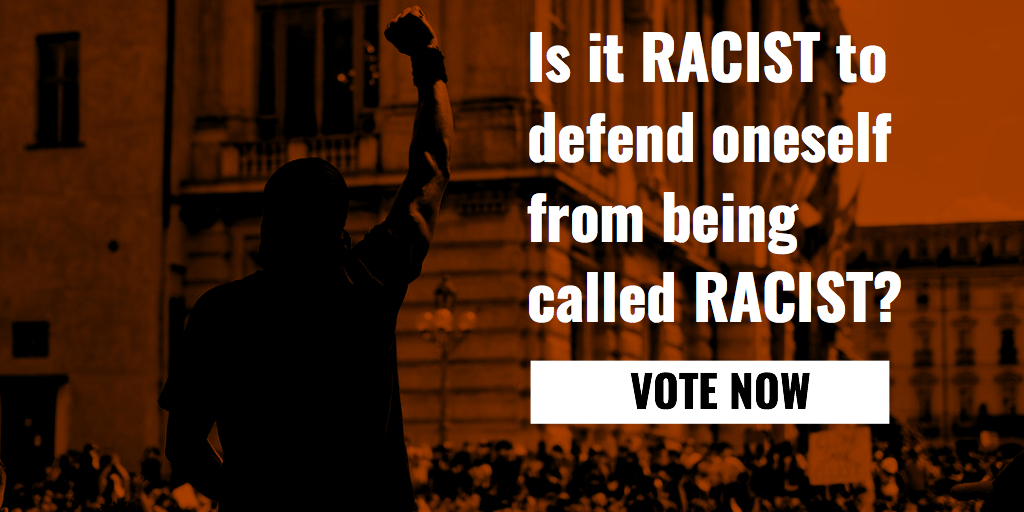 He is 100 percent correct. America would be a much better place with race taken out of the equation. Instead, Leftists replace personal responsibility with “race”, thus giving minority groups a reason for failure. Pure nonsense.

Nevertheless, JAMA deleted the podcast from its website. Next, the organization replaced it with a statement from Bauchner in which he said comments in the podcast — which also featured Dr. Mitch Katz were: “inaccurate, offensive, hurtful and inconsistent with the standards of JAMA.”

“Racism and structural racism exist in the US and in health care. After careful consideration, I determined that the harms caused by the podcast outweighed any reason for the podcast to remain available on the JAMA Network.

“I once again apologize for the harms caused by this podcast and the tweet about the podcast. We are instituting changes that will address and prevent such failures from happening again,” Bauchner added.

I would like to press Bauchner to explain exactly how the medical system is structurally racist. Do doctors not see Black patients? Do Black patients enter hospitals or clinics in the “Colored Only” entrance? What is the quality of medical care given to Blacks versus non-Blacks?

The medical industry is poorly run, exorbitantly priced, and provides little accountability for pricing or quality of service. But the industry penalizes everyone equally.

Livingston said in his now removed podcast, “No physician is racist, so how can there be structural racism in health care? An explanation of the idea by doctors for doctors in this user-friendly podcast.”

Apparently, JAMA disagrees. Doctors are racists. So, how have they kept this secret?

Dr. Steven Bradley, an anesthesiologist and fellow of the MacLean Center for Clinical Medical Ethics who hosts “The Black Doctor Podcast,” differs with Livingston. And he actually praised the journal’s decision to place Livingston on leave pending the probe. Bradley said the podcast, “potentially corroborates JAMA’s intentions to become a more culturally competent organization.”

Essentially, Leftists like Bradley need America to believe that racism exists all around. It’s like air. You can’t necessarily see it, but you do breathe it in. Sadly for these Leftists, the only real racism in this country is the racism they promote openly, incessantly.